CHICAGO (CBS) -- A new exhibit about the tragic aftermath of Orlando's Pulse Nightclub shooting now hangs inside a Chicago high school. Those who brought the exhibit say it's helping some students open up about their own fears. 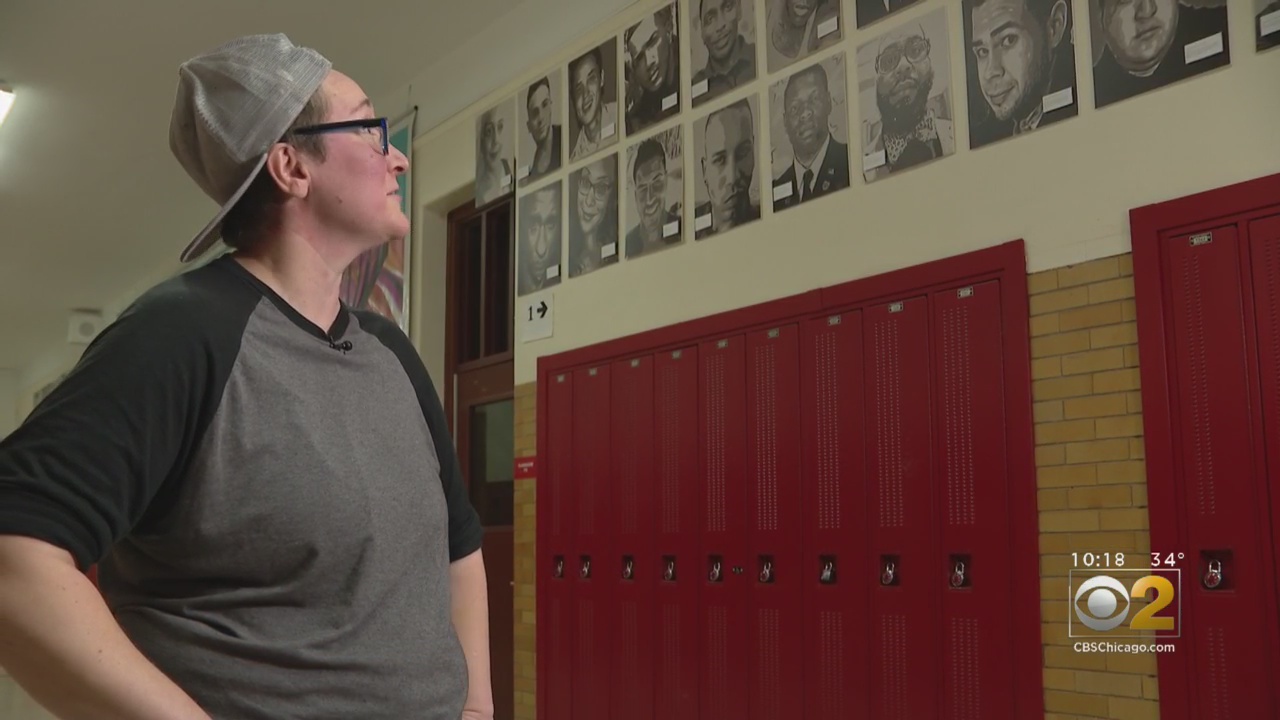 "I can walk through and tell you a little bit about most all of them," said Angie Wines while glancing at portraits of the Pulse Nightclub shooting victims that now hang inside Chicago's Amundsen High School.

They line a west wall, connected by a banner with the hand prints of police, first responders and other people who tried to help the 49 victims after a gunman opened fire inside the LGBTQ nightclub in 2016.

"This memorial demonstrates compassion and acceptance and understanding," Wines said. "High schools, I think, are a great age group to start some of these messages."

All are reasons Wines, who owns a local business, helped bring it to the school, the only high school in the country to host it.

It brings up conversations about hate, sexuality, mass shootings and fear it could happen to them.

"It's too often that we hear it, we focus on it for a month, and then it just disappears when they shouldn't," said student Toni Del Valle. "They should be learned from."

Del Valle is part of the school's gender and sexual alliance group, which is spotlighting the memorial that served as therapy for victims' families who painted each victim's portrait. Students and others can leave their own hand prints on a new banner. Del Valle hopes it leaves people with a simple thought.

The exhibit will be at Amundsen for two more weeks. They are now looking for volunteers to help bring the traveling memorial to other cities and schools.