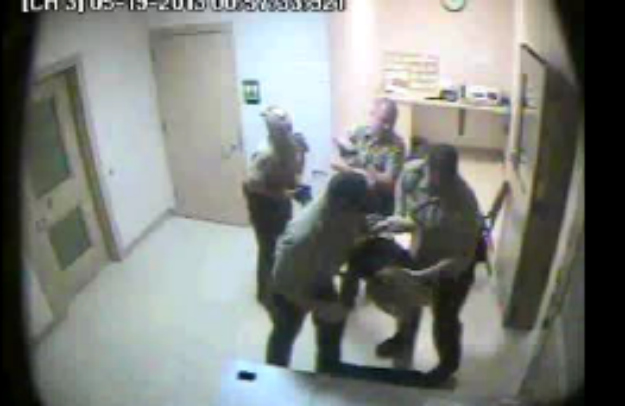 CHICAGO (CBS) -- After one woman accused deputies of an illegal strip search at a county jail, more women are coming forward claiming that they, too, were subjected to similar conduct.

Terry Ekl, who had filed a federal lawsuit on behalf of a 33-year-old Coal City woman, said on Tuesday that five more women are claiming they also were stripped naked and searched for no legal reason.

Ekl appeared in federal court in Chicago and was granted a motion that requires LaSalle County to preserve all video recordings from inside the jail.

He said he still must vet the additional claims of illegal searches, but he said he has reason to believe their claims are true.

"Dana holmes in my opinion was not an isolated case," Ekl said.

The woman at the center of the original lawsuit is Dana Holmes.

Her lawsuit says deputies violated her civil rights and caused her emotional harm for conducting the search without a legal basis.

A video from the jail's security system shows four deputies, three men and a woman, pulling her to the floor, carrying her into a cell where they quickly and with great force stripped Holmes and walked out with her clothing, the lawsuit alleges.

Police say Holmes, who had been arrested in May for drunk driving, had a blood-alcohol level three times the legal limit of .08.

Still, Holmes says there was no excuse for her being stripped.

After being naked for a few minutes, Holmes was given some blankets, which she used to cover herself while she was photographed for her mug shot.

Earlier in the evening, Holmes had volunteered to take a breath test and was arrested for DUI.

Police say Holmes was uncooperative while she was being booked at the jail.

Before being tackled by the deputies and being carried into a jail cell, the video shows Holmes being patted down by officers.

At that point, she wobbles while a deputy inspects the bottom of her right foot.

Seconds later, she is carried to a cell, where she was stripped of her clothes, she says. Deputies left her on the floor naked face down for two minutes until a deputy threw what appears to be a blanket into the cell, her lawsuit claims.

Holmes' attorney says Illinois law is clear: police can only do strip searches if they have reason to believe suspects have weapons or a controlled substance.

The law also says strip searches can only be done by an officer of the same sex. Three male deputies removed Holmes' clothes, the lawsuit says.

"Absolutely every requirement of the strip search statute was violated," Ekl said.

Authorities with LaSalle County have not commented on the case.

"These four deputies did it as if it was just routine in that sheriff's office," Ekl said.

"The utter and complete arrogance of what was done here is just astounding to me."