VOLO, Ill. (CBS) -- A man has been arrested on aggravated DUI and other felony charges, after slamming into a Lake County Sheriff's squad car that was blocking traffic after an earlier crash on Monday near nort suburban Volo, injuring a deputy who was standing next to the cruiser.

Lake County Sheriff's police said, shortly before 6 p.m. Monday, a 1995 Mazda convertible was heading south on Route 12 near Volo Village Road, when the driver crossed into oncoming traffic, and hit a 2005 Toyota sedan. The crash pushed the Toyota into the southbound lanes, where a 2008 Subaru SUV hit it.

As deputies were investigating the crash, an auxiliary deputy was blocking the southbound lanes of Route 12 at Molidor Road in Volo using a squad car with its emergency lights activated. Authorities also had set up several traffic cones and flares to alert approaching drivers to stop. 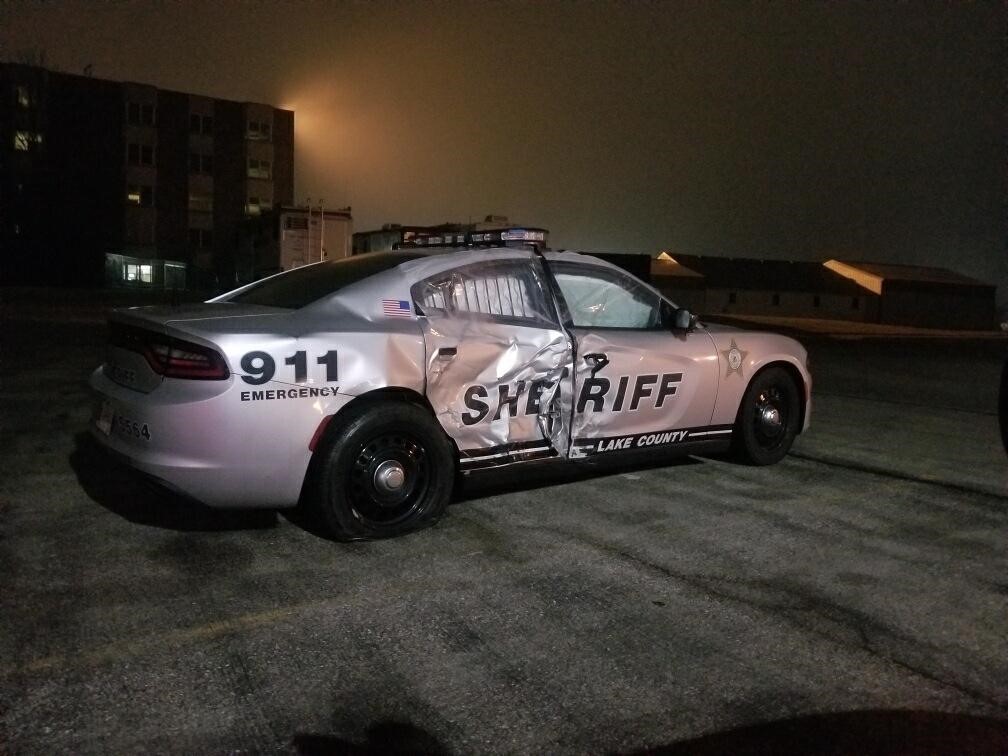 Police said 65-year-old Chris Miller, of unincorporated Mundelein, was headed south on Route 12 when he ignored the flares and traffic cones, and crashed into the deputy's squad car. The collision pushed the cruiser into the deputy, who was standing nearby. He suffered serious leg injuries, and was being treated at the hospital.

Miller kept going after hitting the squad car, but was later arrested and charged with one felony count each of aggravated DUI, leaving the scene of an accident, and violating the state's "move over" law, also known as Scott's Law. He also faces a misdemeanor DUI charge, and tickets for driving an uninsured vehicle, improper lane usage, failure to reduce speed to avoid an accident, failure to report an accident, and failure to give aid following an accident.

Police said Miller was being held in the Lake County Jail, awaiting an initial court appearance.