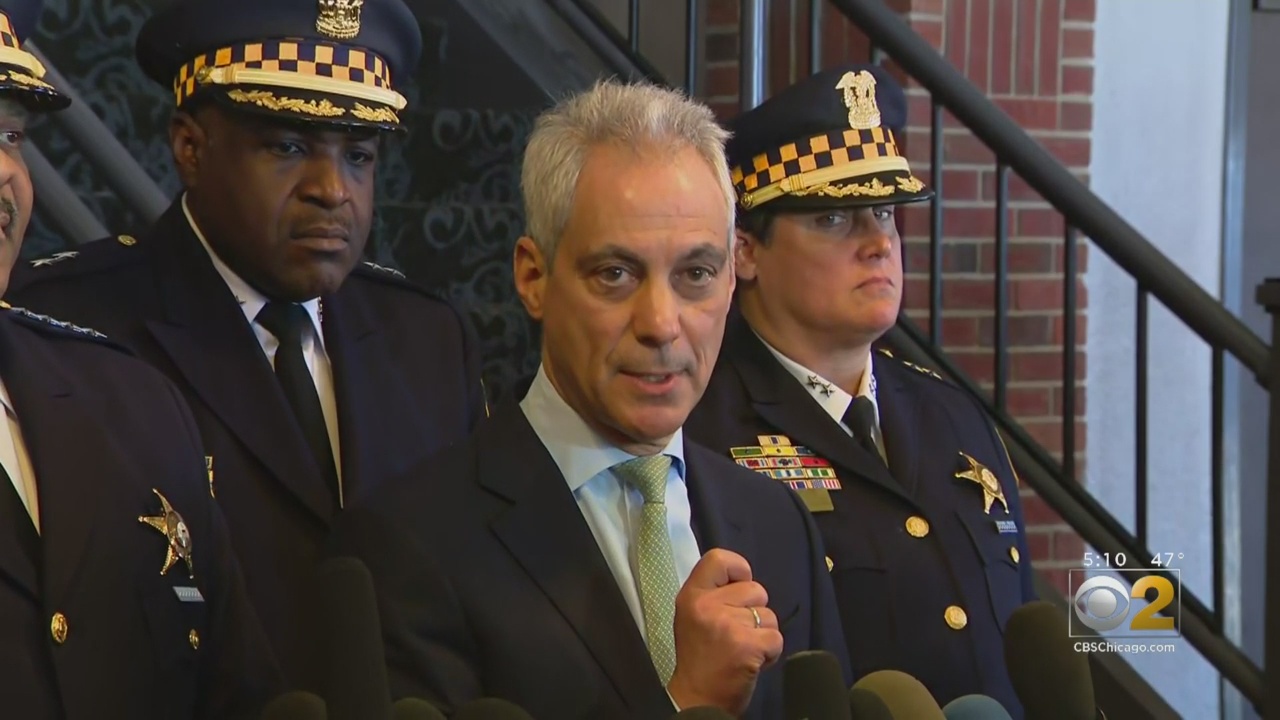 CBS 2's Derrick Blakely said it's the strongest criticism he's ever heard from a Chicago mayor directed at a prosecutor.

"This is a whitewash of justice. The grand jury couldn't have been clearer," Emanuel said.

Emanuel was livid that prosecutors dropped all charges against Smollett and accused Foxx's office of caving to Smollett because he's a celebrity.

"This is without a doubt a whitewash of justice and sends a clear message that if you're in a position of influence and power you'll get treated one way. Other people will be treated another way. There is no accountability then in the system. It is wrong, full stop," Emanuel said.

Foxx won election as states attorney with the strong backing of Cook County Board President Toni Preckwinkle and previously served as Preckwinkle's chief of staff. Both Preckwinkle and Foxx shared a goal of correcting what they saw as the unfair incarceration of young black males.

Now, seen as the underdog in the race for mayor, Preckwinkle was careful not to criticize Foxx's office.

Lori Lightfoot, a former federal prosecutor, said it's too quick to call the Smollett decision a whitewash.

"I don't think that's fair. I don't think we have enough information to know, but that's all the more reason why I think it's incumbent upon First Deputy Magats to really come forward," Lightfoot said.

But Emanuel wasn't waiting for answers from Foxx's assistant before rendering judgement on her office and on Smollett.

"This is a person who has been let off scot-free with no sense of accountability of the moral and ethical wrong of his actions," Emanuel said. "To then turn around and use those laws to advance your career and your financial reward. Is there no decency in this man?"

When asked whether she might face blowback from voters over how Foxx's office handled the Smollett case, Preckwinkle said she won't comment on possible political consequences.