CHICAGO (CBS) -- The extreme cold is gone, but Chicago will be trading that for some windy and snowy conditions on Thursday.

In addition, conditions are developing for a more significant storm on Saturday. There is the potential for six or more inches of snow Friday night and into Saturday morning/afternoon.

CBS 2's Megan Glaros says strong winds from the south will gust up to 30 miles per hour on Thursday morning, with sustained winds of 20 to 30 miles an hour in the afternoon.

As the winds increase, snow will start to fall, potentially creating hazardous conditions on the roads.

The wet snow will make surfaces slippery. Combined with the high winds, visibility will be reduced as well.

However, just a few tenths of snow at O'Hare will make this January the third worst month for snow ever in Chicago.

The high temperature will be in the low- to mid-30s.

There is the potential for even more snow on Friday (about an inch south of I-80) and Saturday, with the heaviest snow falling on Saturday.

The Saturday totals will depend on the track of the storm, which is a bit uncertain at this point. 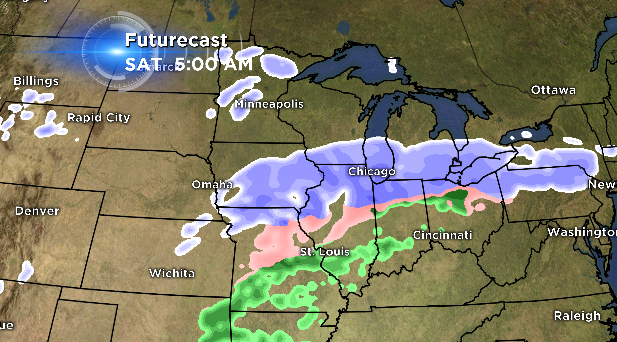