CHICAGO (CBS) -- People who live in Harvey said they're fed up with what they call a culture of corruption after the FBI raided city hall and the police department and arrested five people Wednesday. 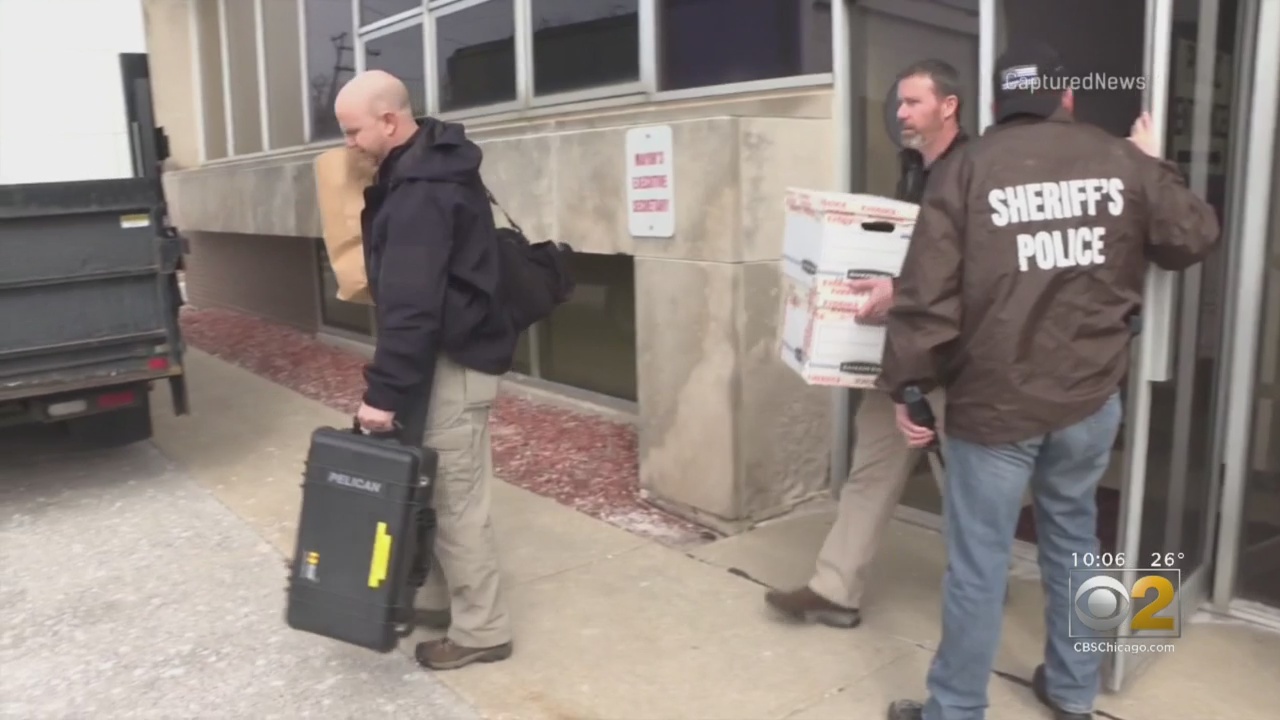 Two of those people are related to the city's mayor. Another is a former mayor of a neighboring town.

The alleged schemes, brought to light Wednesday, all related to a shady city business in a place where residents are struggling. The alleged corruption -- prostitution, bribes, and falsified police reports -- go back years.

With 35 percent of the residents living in poverty, it's corruption the city can't afford.

Lifelong residents reacted to news of the raids and arrests after years of investigation with satisfaction, not surprise.

"Burnt houses, abandoned houses, violence," said Racine Reynolds, a lifelong resident of Harvey. "The residents here, they always banding together to try to get Harvey back to where it needs to be, but they can't get past city hall. Maybe they can now. It should have happened years ago. It should have happened when I was a little girl. Thank you. Finally."

"Everybody in Harvey is corrupt," said longtime resident Terrell Jackson.

Mayor Eric Kellogg's brother, Rommell, and Corey Johnson, his cousin, are both accused of shaking down a local strip club owner.

According to federal investigators, they demanded thousands of dollars a month in exchange for the city allowing continued prostitution.

Donald Luster and Will Wiley, who work as economic consultants for the city, are both charged with taking bribes in exchange for real estate deals. Luster is a twice-convicted felon and former mayor of Dixmoor.

The two police officers arrested, Derrick Muhammad and Derrick Moore, are both charged with falsifying a police report for allegedly protecting a father and son felon duo from facing weapons charges.

"I'm pretty sure everybody wants them to keep going and keep pushing and make it right," Reynolds said. "People pay high taxes for literally no value on their property. The city has done nothing. The residents need help."

CBS 2 crews tried to track down Kellogg Wednesday night for a comment, but his only comment so far is a statement that he won't comment on an "apparent investigation."