On Tuesday, Fabio Ortega plead guilty to aggravated criminal sexual abuse. The judge sentenced Ortega, 75 to three years at the Illinois Department of Corrections on each of his two cases. The two cases will run concurrently. Ortega was placed on electronic monitoring back in May. 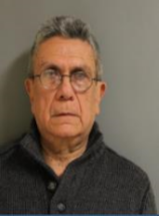 According to the victim's attorneys, one of them, identified as Jane Doe 3,  made a victim impact statement to Ortega.

"You have broken me. You haunt my dreams and creep into my most intimate moments. I am a shell of my former self. I'm not living, I am barely surviving day to day," she said "No matter what I do, how much medicine I take, how many times a week I see my therapist, how many people I surround myself with, this will forever be my new identity. I will always be a victim but am hoping that one day I will learn to be a survivor."

Ortega faces similar accusations from other women who have sued him. An attorney said nine civil lawsuits that remain pending against Ortega in Cook County have been consolidated.

"NorthShore and Swedish choose profits over patient safety. They ignored the cries of their female patients. They harbored a sexual predator. They refuse to apologize to the women who were abused under their roof," said attorney Tamara Holder.

NorthShore released a statement to CBS 2:

We are not a party to this case and are unable to comment on any separate legal action involving us related to this matter. We respect the courage demonstrated by our patients in raising this matter and place great value in any opportunity to build upon the excellent quality of care we strive to provide our patients.