CHICAGO (CBS) -- It seems like street lights would make a neighborhood safer, but when they're old and rusty, they can be a danger.

A light pole at the foot of an alley just one block from Bridge Elementary School in the Dunning neighborhood fell just before 1 a.m. Tuesday, and the whole thing was caught on security footage. 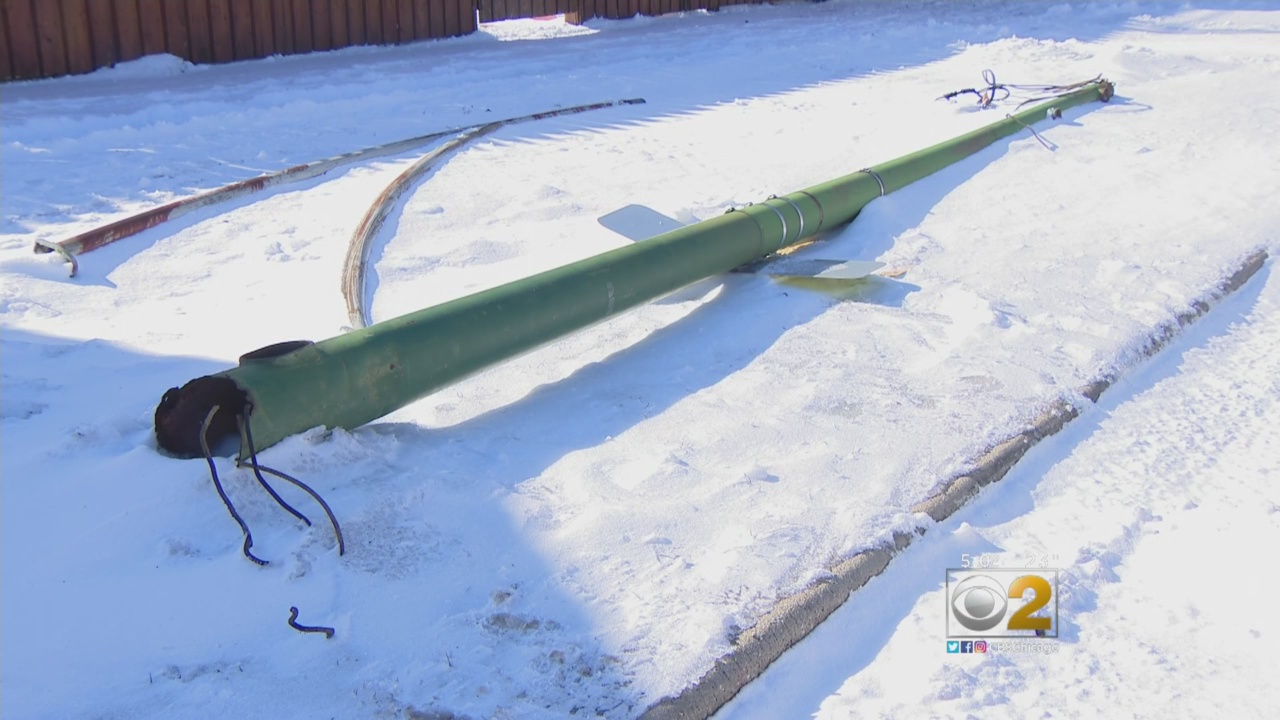 "That could be really dangerous just for people who are walking around, and just like kids who are going from school, and like me from the bus from school, too," said Edyta Klimek.

The Illinois Department of Transportation told CBS 2 that crews were out yesterday within hours clearing the pole from the sidewalk and making the wires safe.

When a CBS 2 crew arrived Wednesday morning, the poll was still there, visibly rusty and deteriorated.

Some residents say this was no surprise.

"They fall down all the time around here," said Maureen Larkner.

On Wednesday the Chicago Department of Transportation told CBS 2 they responded to more than 3,300 complaints about damaged light poles last year alone.

A year ago CBS 2 reported that from 2015 to 2017 the city received 10,000 complaints involving fallen or leaning light poles.

"I wish they could find more money to do it," Larkner said. "With all the speed cameras they're putting in over here I wish they'd put it into the light poles."

Ald. Nick Sposato of the 38th Ward says he thinks the city is responsive.

"I do, certainly for me. On the Northwest Side in my ward we don't have a whole heck of a lot of them, but usually anything with electrical they are Johnny-on-the-spot," Sposato said.

After CBS 2 called CDOT Wednesday, they showed up within a couple of hours.

A new light pole has since been installed.

But the real concern isn't how fast CDOT shows up after a light pole fails. It's how to prevent the deterioration in the first place. One city worker said that protective covers placed over the bolts actually trap moisture and accelerate rusting. That's not an issue with the new aluminum poles.