CHICAGO (CBS) -- Local government agencies met Wednesday's deadly cold with a variety of responses from closing down to stepping up.

The Cook County building closed, courts and all, due to extreme cold.

But water crews on the Far West Side were battling the bitter elements to repair one of eight busted water mains around town. It was so cold that a flaming torch was needed to keep water flowing from a pump. 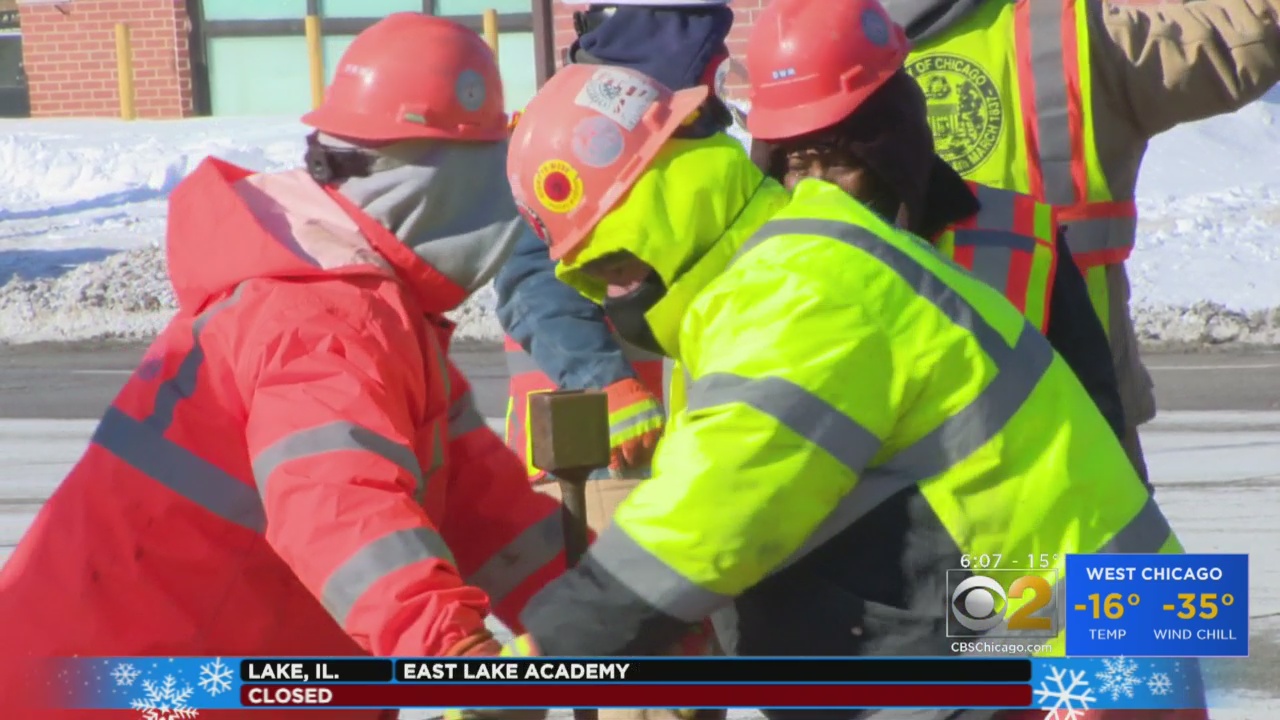 And forget those old jokes about one city crew watching while another works. There was good reason.

"We have two crews so they can switch out to stay warm, but the work continues," Water Commissioner Randy Conner said.

But as bad as the bitter cold is, the coming warm up may be worse.

In the meantime, heat is on the way to being restored at a Little Village three-flat and three other Chicago sites where the building commissioner used emergency powers to bypass the courts and get repairs made now.

"Cold can kill somebody in just a matter of minutes," said Judith Frydland, buildings commissioner. "We have to stay on top of it. We want our people in Chicago to be safe during this trying time."

"Their safety and security is our number one priority," Mayor Rahm Emanuel said.

That's what the mayor said Tuesday, but he was curiously out of sight Wednesday.

When asked where the mayor was, a city hall spokesman said he was heeding good advice and staying indoors. Emanuel did provide an update on the city response Wednesday night.

Meanwhile the city says its workers from the Department of Family and Support Services will be on patrol again Wednesday night, trying to get the homeless to come in from this record-breaking cold.