BALTIMORE (WJZ) -- Come Monday morning, there will be a new way to travel in and around Baltimore.

Express BusLink is the first phase of the BaltimoreLink program, creating new bus routes around the city and giving MTA riders an easier way to travel.

It's the beginning of the biggest change Baltimore's mass transit system has seen in more than 50 years.

"If you wanted to go from Owings Mills to Towson, you'd have to go downtown, switch buses and come back out in a 'V.' That doesn't really make sense anymore," said Paul Comfort, MTA. 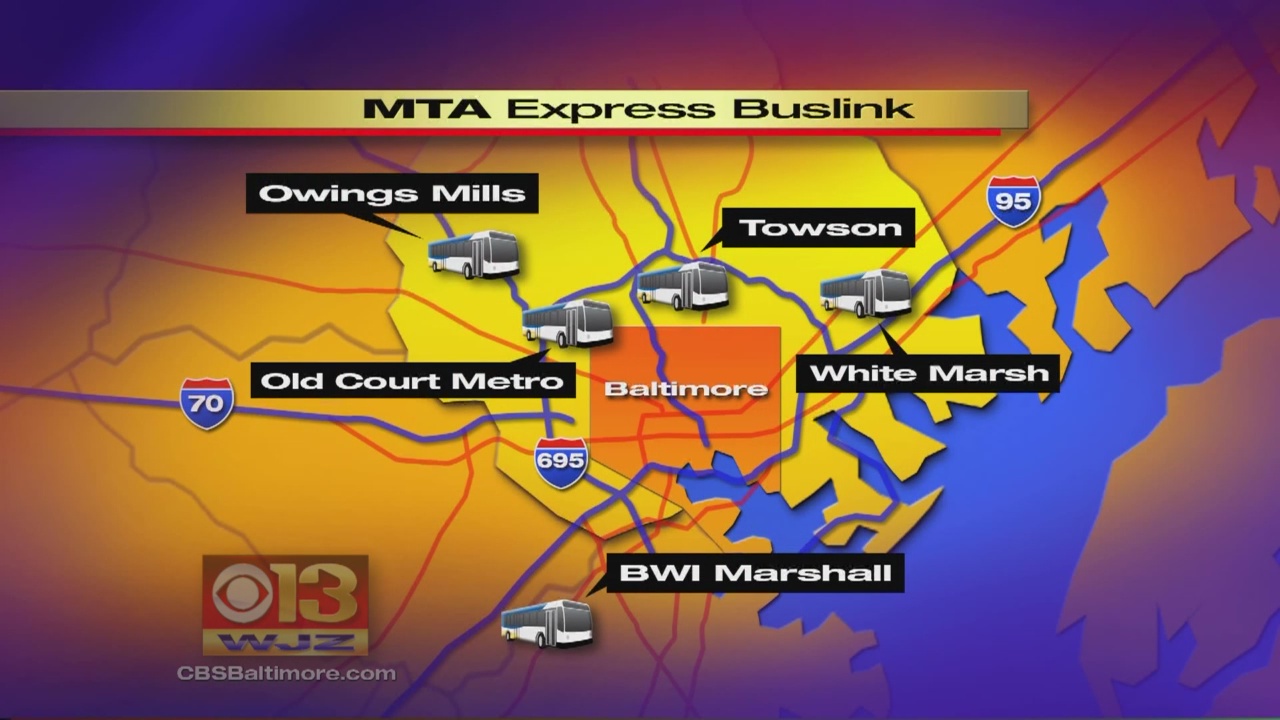 The new routes have less stops and use roadways where traffic moves more quickly, giving riders an easier suburb to suburb connection.

"This plan says that you don't have to come downtown if you're not going downtown... You can just go to where you want to go," said Comfort.

Announced in October of 2015 as part of Governor Larry Hogan's $135 million transit plan, the new routes will give commuters better access to jobs and opportunities.

"There are about 145,000 jobs in the downtown business district of Baltimore, but there are 600,000 other jobs around this metro area. So this is allowing people to get to those jobs as well," Comfort said.

By June of 2017, MTA will begin changing all routes in the MTA system to a CityLink system, using 12 color codes of high frequency routes in the city and 50 within the surrounding communities. It will also connect to the Light Rail and the Metro subway.