BALTIMORE (WJZ) -- Gov. Larry Hogan and State Comptroller Peter Franchot announced on Monday that they would apply further economic pressure on Moscow by severing all formal and financial ties to Russia.

Hogan told Russian Gov. Aleksander Drozdenko in a letter that he would be terminating Maryland's sister-state relationship with the Leningrad Oblast—a region of Northwest Russia that is home to one of the country's greatest art collections.

Hogan said he made the decision to cut ties with the oblast over the weekend. 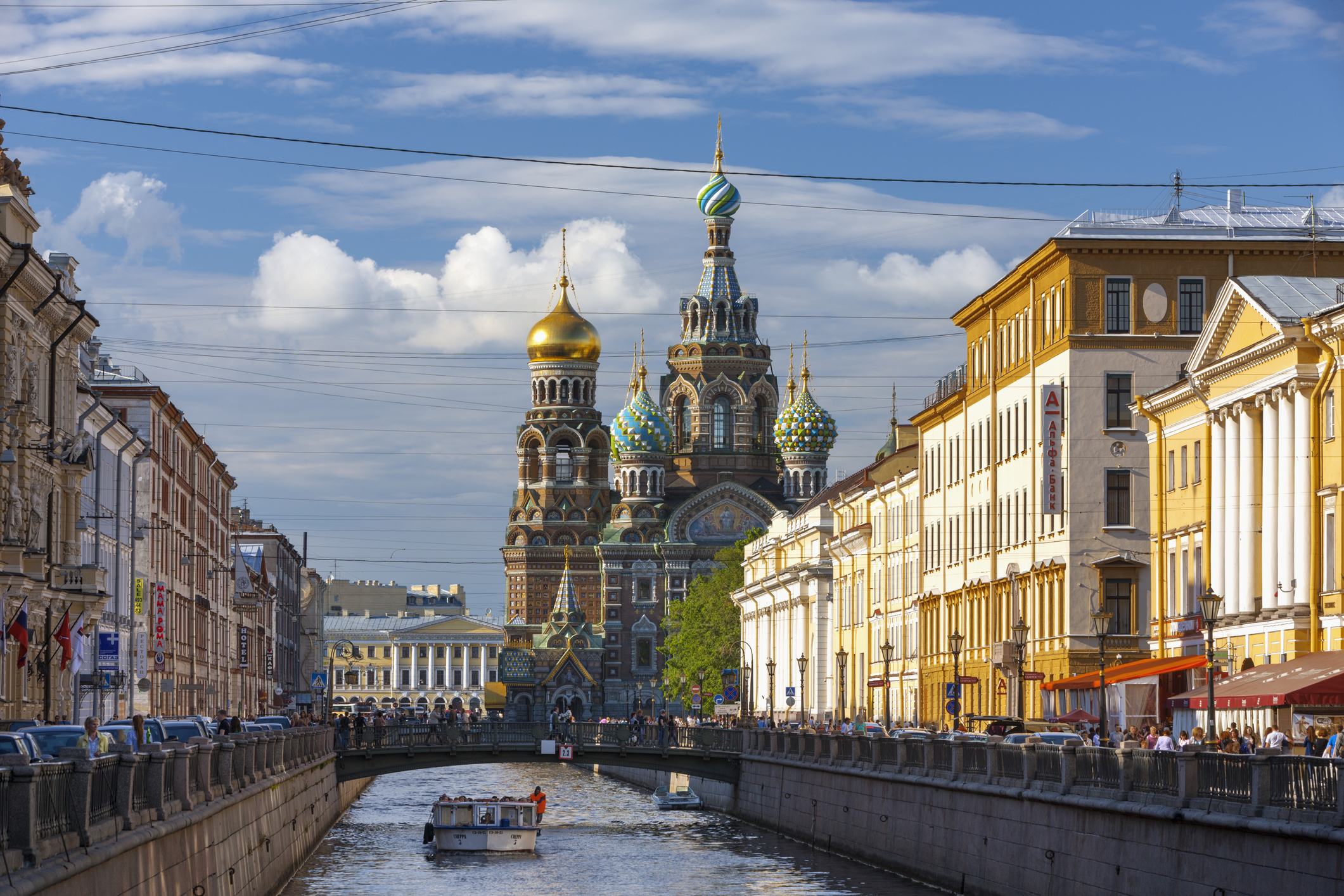 Maryland and the Leningrad Oblast forged a relationship in 1993 as part of an effort to advance overall bilateral relations and engage in mutual exchange, Hogan said in the letter. The point of establishing that relationship was to "promote peace and prosperity between communities via local governments," he said.

Saint Petersburg, the capital city of the Leningrad Oblast and the second-largest city in Russia, is the birthplace of the Hermitage Museum, which houses works of art created by well-known impressionist painters and other artists. It once served as the Winter Palace for the Romanov Tsars. 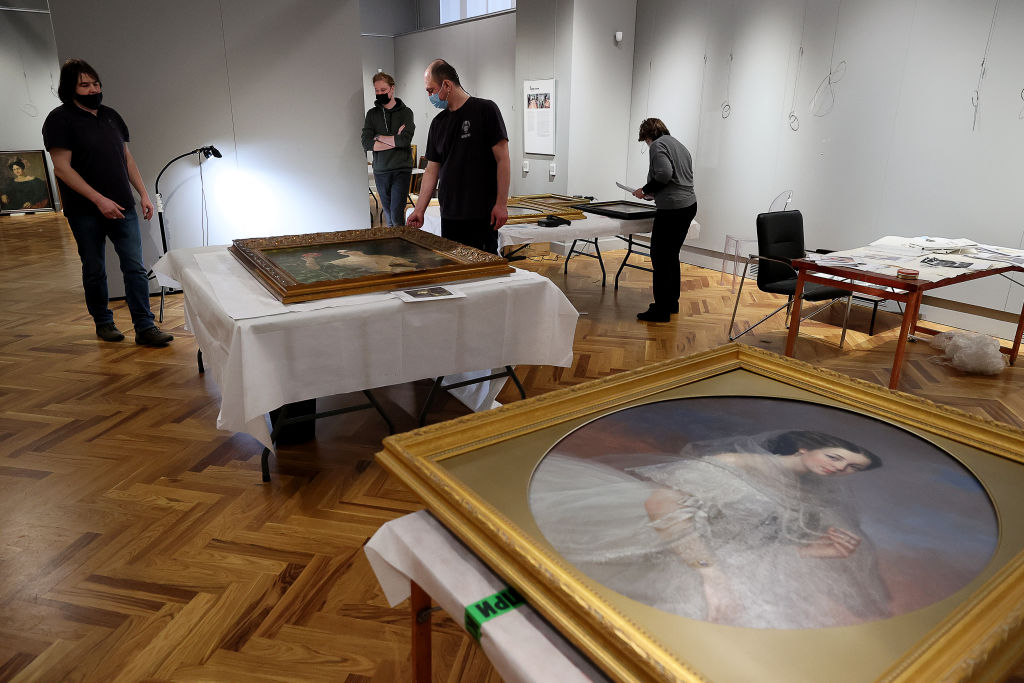 Now that Russia has invaded Ukraine though, Maryland's relationship with the oblast must change, Hogan said.

"[It] is the duty of every government to remain vigilant of unlawful acts against public order, democratic principles, and innocent civilians," Hogan said. "Having witnessed the unprovoked invasion of Ukraine by the Russian Federation, I am obliged to immediately dissolve and terminate Maryland's partnership with the Leningrad Region."

Earlier in the day, Hogan had attended a church service at the St. Michael the Archangel Ukrainian Catholic Church in East Baltimore. 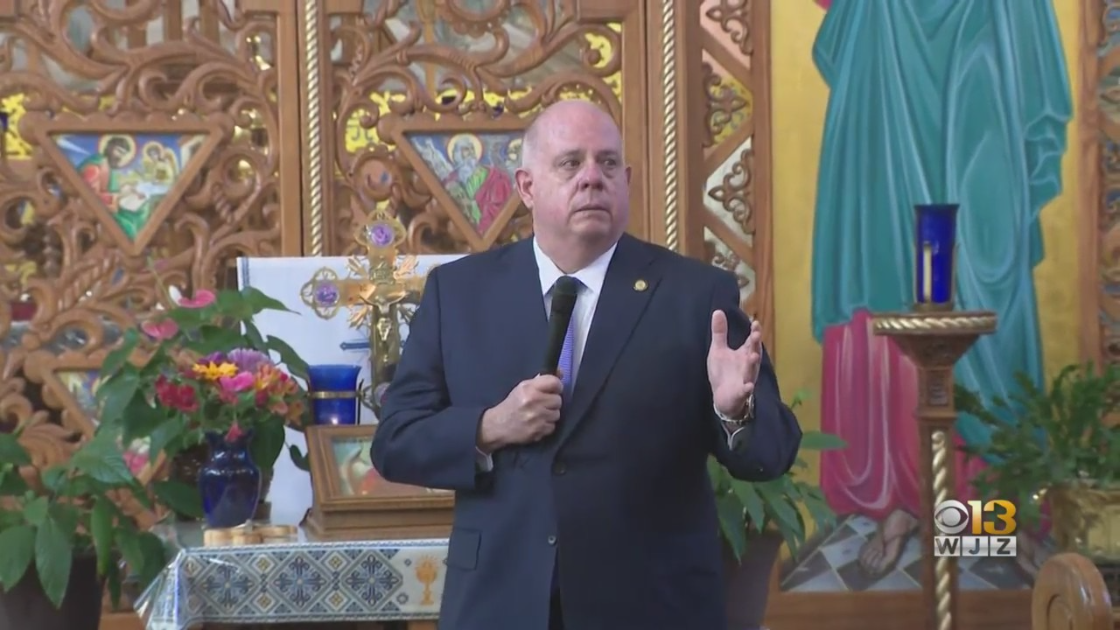 "Being there for the mass and praying with the people, I was just thinking about the families and the loved ones what they're going through," Hogan said following the service. "But I wanted to show our support. We're taking every action we can to voice that support."

Disconnecting from sister city programs is one way that state governments "can signal their disagreements with other foreign states," according to Erik Hontz, the deputy regional director at the Center for International Private Enterprise (CIPE) Europe & Eurasia—a nonprofit affiliate of the U.S. Chamber of Commerce.

Hontz, a resident of Reservoir Hill, specializes in social-economic problems in Ukraine and speaks Ukrainian. He said Hogan is exercising one of the few tools available to states for supporting Ukraine—but more could be done.

Hogan said after the service that he intended to do just that. Maryland will take additional actions to ensure that Moscow does not benefit from any part of the state agency system, he said.

"We're not doing anything to support Russia in any way, on their economy," Hogan said.

Franchot added further pressure by sending a letter to Maryland State Retirement Agency and Pension System Executive Director Martin Novan, urging him and other staff at the multibillion-dollar agency "to immediately divest from any and all investments" in Russian companies or holdings.

"Given the justified sanctions that the United States and other nations have imposed on Russia in response to its unjustified violent invasion of Ukraine, it would not only be financially unwise to maintain any assets tied to Russian entities, but it would continue to embolden a brutal dictator and the legion of oligarchs who have turned a blind eye to a regime defined by fear, violence, and anti-democratic values," Franchot said in the letter.

He noted that the state's pension system's stocks and holdings in Russian entities have lost 51% of their market value.

International expert and former Republican candidate for governor of Virginia, Peter Doran, said Hogan is doing the right thing by signaling that Maryland should not associate with countries that violate laws and invade their neighbors.

"This step by Maryland is in line with actions that governors around the country and countries around the world are taking—whether it's closing their airspace to Russian aircraft or pouring Russian vodka down the drain the world is reacting to Russia's aggression and Maryland's reaction is welcome and needed," he said.

Franchot said that he wanted to send a clear message that Maryland, the United States, and the free world stand "shoulder-to-shoulder with the people of Ukraine—including the more than 26,000 Ukrainian-Americans who proudly call Maryland home."

Hogan said he even went so far as to get rid of his Russian vodka.

But while Maryland officials are focusing on distancing the state from Russia, they may also want to consider improving Maryland's relationship with Ukraine, Hontz said.

Maryland could partner with Ukraine in other areas—such as the cybersecurity realm—and further strengthen its relationship with the embattled Eurasian nation, Hontz said.

"I would note that Maryland is a leader in cybersecurity and so is Ukraine," he said.