The 2013 season wasn't the best season for some players around the league. For example, former Texans and now Raiders quarterback Matt Schaub had an awful year which resulted in losing his job. He was coming off a great year going into 2013 where the team went 12-4 and he threw for 4,000 yards and 22 touchdowns. Players have off years and sometimes they just fall off. The following players didn't have great 2013 season, but I believe,(and hope),  that they'll bounce back in 2014. Here is my list of five players who will have a bounce back season:

Former third overall pick, Trent Richardson needs to bounce back after only gaining 563 yards split between the Browns and Colts last season. A solid running game would propel the Colts into being a very scary offense and it's up to Richardson to bring it. He has all the talent in the world and hopefully he can get healthy, practice and bring it this season.

Roddy White is a four time pro bowler and was first team All Pro in 2010. He had a down year last year with only 711 yards and three touchdowns. He's great receiver for a team that was supposed to be great last year. The Falcons really disappointed last year and with White bouncing back, maybe the Falcons will too. White is too good of a receiver and Matt Ryan is too good of a quarterback for White not to have a good year.

CJ2K has moved on from the Titans and is now with the Jets. I think he has an opportunity with the Jets to climb back up the list of top running backs in the league. He's insanely fast and being partnered with a running quarterback, whether it's Geno Smith or Michael Vick, could really open up his game. The only downside is that I don't think he will be partnered well with any type of passing game. Look for CJ2K to make a resurgence.

A Manning can't possibly stay that bad, right? Eli Manning had a bad year last year throwing only 18 touchdowns and an awful 27 interceptions. He has to bounce back. It's not all up to him though. The Giants' offensive line has to protect Manning to keep him safe in the pocket. He was sacked a career high 39 times. Leaving him with time in the pocket is dangerous and we all don't want to have to see him run. 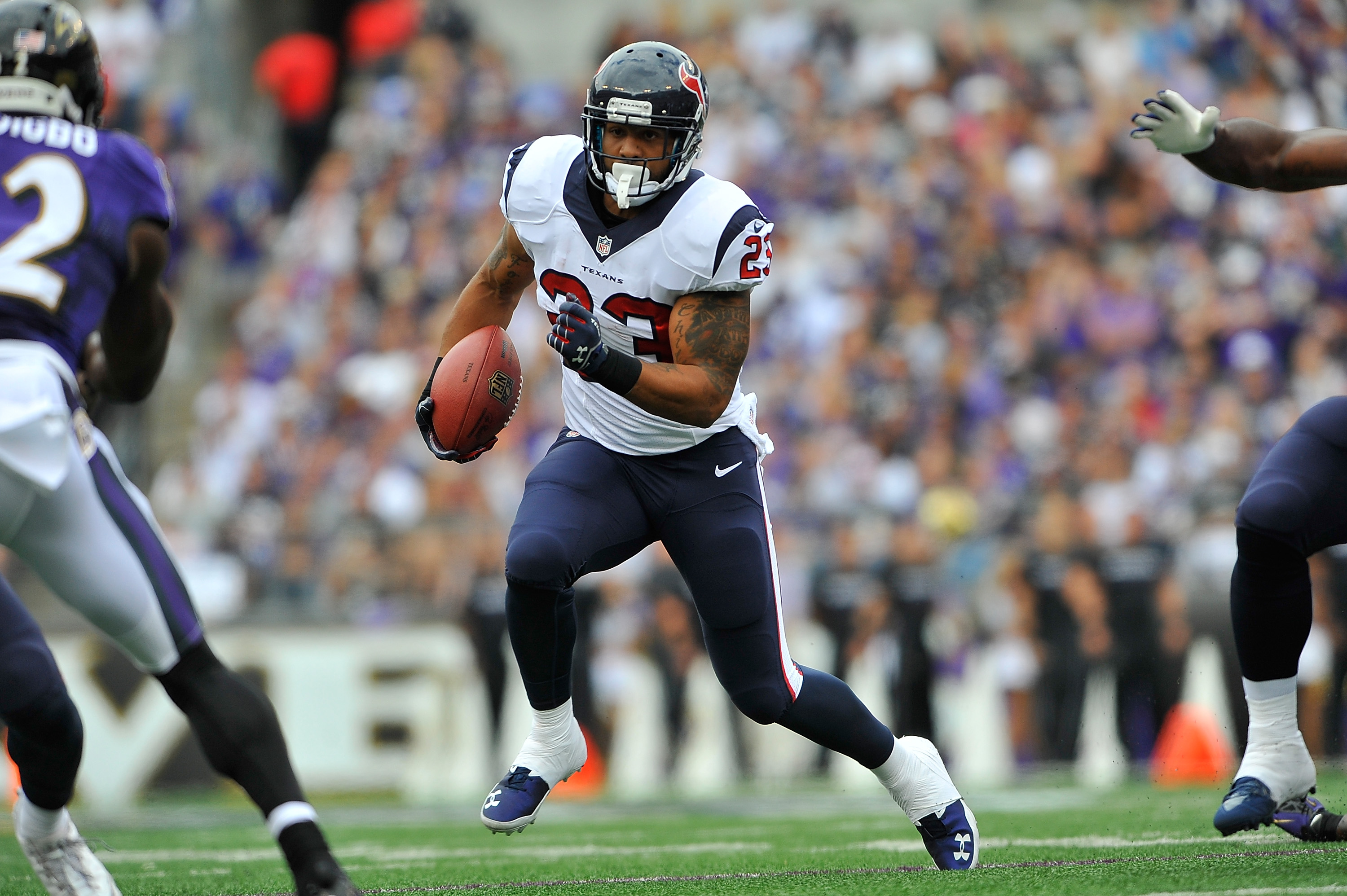 STAY HEALTHY! That's all Foster has to do. He is an explosive running back and the Texans absolutely need him is they're going to have any success. Who knows what can happen with this team because I feel they are one of the biggest mysteries in the NFL. A solid running game is going to have to drive this offense and that begins and ends with Foster. I see him returning to form this year because he will hopefully be healthy.