OAKLAND (CBS SF/AP) -- For one last time Sunday, Oakland's most loyal fans will put on their black-and-silver face paint, strap on their colorful 'Mad Max' game-day regalia and stream into the Coliseum ready to cheer on their beloved Raiders.

No section in the NFL is as famous. Not Cleveland's 'Dog Pound' nor the Cheese heads at Green Bay's Lambeau Field. Just ask any television producer who has televised a game in the Coliseum. 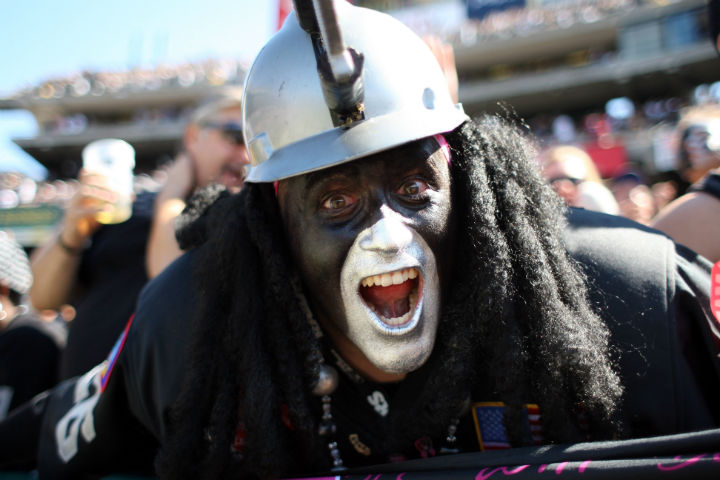 America has grown accustom to video shots of "Skulls" -- who wears shoulder pads adorn with skulls wearing pirate hats and spikes; "Metal Cindy" -- singer for the metal group Discordia who wears a half-face painted in Raiders silver and black and dark gowns -- and Darth Raider -- whose adapted wear is a clash between 'Star Wars' and Raiders gear. 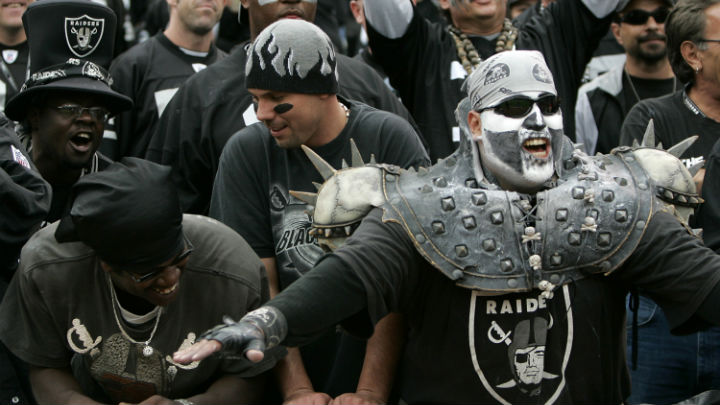 After games, win or lose, players and fans mingle in the end zone, enjoying each other's company. Among then is head coach John Gruden. 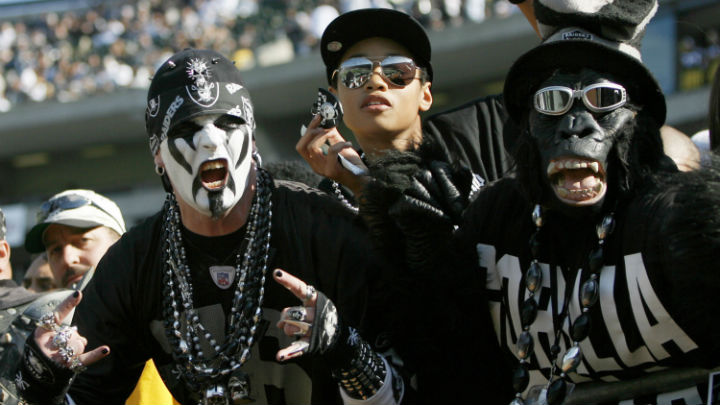 "The Black Hole," he told the AP when asked to recall what he will remember most about playing in the Coliseum. "You don't go to any other stadium and see something like that...People have tried to imitate it. People have tried to steal their team's name and people behind it, but there's only one. It's Raider Nation. It started here and it will always be the Raider Nation, and I think that there's that mystique about the Raiders." 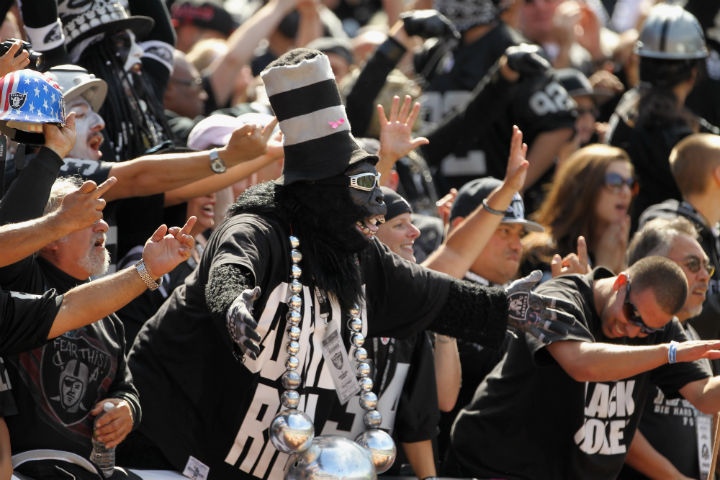 "Just walking into the stadium is kind of frightening," he said. "Raiders fans look scary some times. It's like Halloween every Sunday."

After Sunday's game against the Jacksonville Jaguars, the lights will go out for NFL games at the Coliseum. The famed 'Black Hole' will fall silent. Hugs will be exchanged. Tears will be shed and the lockers will be emptied.

A city and a loyal fan base will be heartbroken. Again.

For the second time in team's history, the Raiders will be departing the East Bay. In 1982 it was to the bright lights of Hollywood. Now, the club will be heading off to play in a high-tech wonder built among the neon lights of Las Vegas.