SAN FRANCISCO (CBS SF) - Russell Crowe is without doubt one of the undisputed heavyweights of Hollywood, with an Oscar and two nominations under his belt. The leading man from down under has a new title on to his movie credits- that of star AND director of the new movie "Water Diviner." 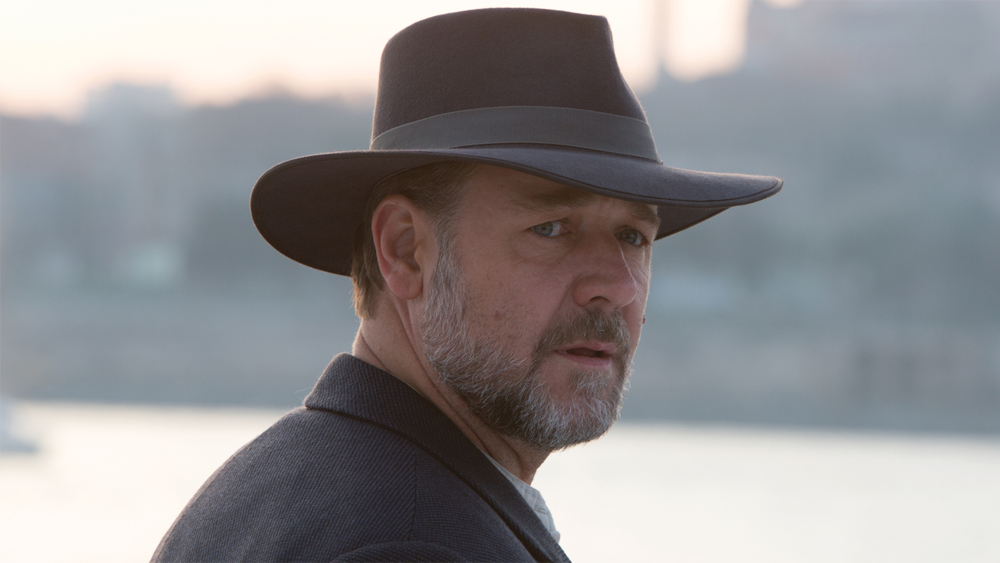 I caught up with the actor/director at Industrial Light & Magic (ILM)/Lucasfilm in the Presidio San Francisco where Crowe was a featured guest at the Lucasfilm Speaker Series. (videos below)

About "The Water Diviner":

Academy Award winner Russell Crowe ("Gladiator") makes his directorial debut on "The Water Diviner," an epic and inspiring tale of one man's life-changing journey of discovery.

Crowe also stars in the film as Australian farmer Joshua Connor, who, in 1919, goes in search of his three missing sons, last known to have fought against the Turks in the bloody Battle of Gallipoli. Arriving in Istanbul, he is thrust into a vastly different world, where he encounters others who have suffered their own losses in the conflict: Ayshe (Olga Kurylenko), a strikingly beautiful but guarded hotelier raising a child alone; her young, spirited son, Orhan (Dylan Georgiades), who finds a friend in Connor; and Major Hasan (Yilmaz Erdoğan), a Turkish officer who fought against Connor's boys and who may be this father's only hope. With seemingly insurmountable obstacles in his path, Connor must travel across the battle-scarred Turkish landscape to find the truth…and his own peace.

Crowe directed "The Water Diviner" from a screenplay by Andrew Knight and Andrew Anastasios, who were also executive producers on the film. The film was produced by Andrew Mason, Keith Rodger and Troy Lum, with James Packer, Brett Ratner, Kerry Stokes, Tim Worner, Angus Ross and John Collee also serving as executive producers.

The team collaborating with Crowe behind the scenes included Oscar-winning director of photography Andrew Lesnie ("The Lord of the Rings: The Return of the King"), production designer Christopher Kennedy, editor Matt Villa, and costume designer Tess Schofield. The score was composed by two-time Oscar nominee David Hirschfelder ("Elizabeth," "Shine").