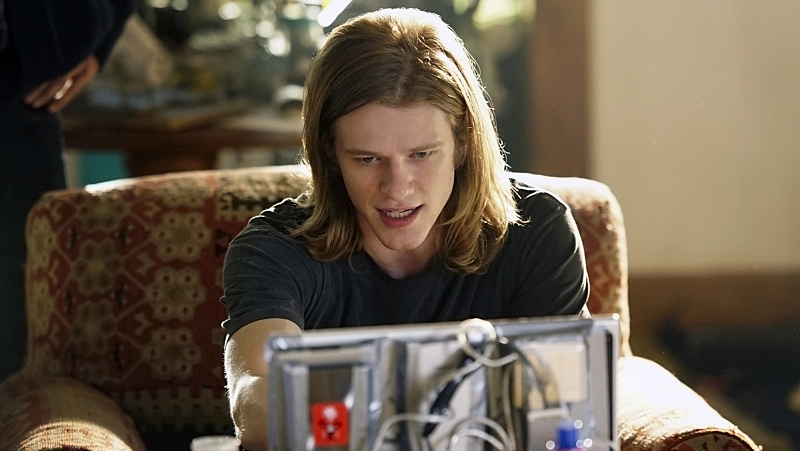 At the CBS Upfront presentation at Carnegie Hall in New York on May 18, CBS unveiled several previews to new shows.

Here's a look at some of CBS' First Look previews:

At the CBS Upfront presentation at Carnegie Hall in New York on May 18, CBS unveiled the logo for the new STAR TREK television series within the first-ever promotional video for the highly-anticipated program.

A secret agent unlike any other, MacGyver escapes perilous situations with nothing but a paper clip, his trusty knife and his wit. A dynamic reimagining of the hit TV series, this action packed origin story follows a young hero as he undertakes missions to save lives and change the world. MacGyver stars Lucas Till and George Eads. Coming this Fall to CBS.

Based on the hit feature film, this crime thriller begins 15 years later when an idealistic young police officer is appointed to an elite squad of the LAPD and he is partnered with a seasoned yet morally ambiguous detective. Starring Bill Paxton and Justin Cornwell, Training Day. Coming soon to CBS.

A newly retired police officer looks forward to spending more quality time with his wife and three kids only to discover he faces much tougher challenges at home than he ever did on the streets. Kevin James stars in Kevin Can Wait, this Fall on CBS.

An adventure reporter must adapt to the times when he becomes the boss to a group of millennials in the digital department of a famous outdoor magazine. Joel McHale stars in The Great Indoors. Coming this Fall to CBS.

A young silicon valley tech titan enlists the aid of a veteran surgeon with a controversial past in establishing the the high tech hospital of the future. Pure Genius stars Dermot Mulroney and Augustus Prew. Coming this Fall to CBS.

Man With A Plan

A contractor, whose wife goes back to work, starts spending more time with his kids and discovers the truth every parent realizes: his little angels are maniacs. Matt LeBlanc stars in Man With A Plan, this Fall on CBS.

TM and © Copyright 2016 CBS Radio Inc. and its relevant subsidiaries. CBS RADIO and EYE Logo TM and Copyright 2016 CBS Broadcasting Inc. Used under license. All Rights Reserved. This material may not be published, broadcast, rewritten, or redistributed. The Associated Press contributed to this report.