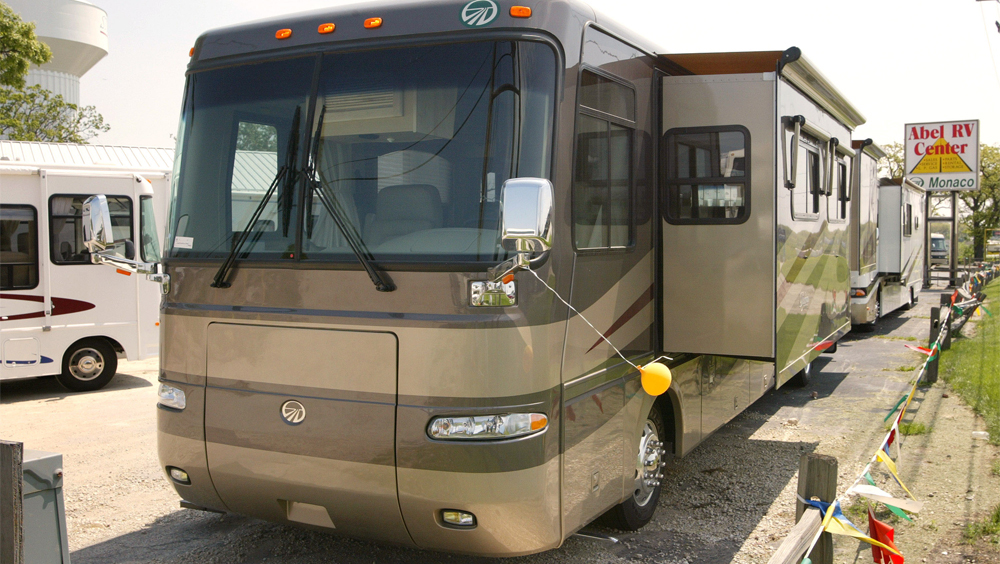 June is busting out all over and it's a great time to explore the great outdoors with a classic road trip. One of the best and most practical ways to visit America's heartland, or its spectacular coastlines, is in an RV. Even if you don't own an RV, you have a number of choices in renting a recreational vehicle, such as the length, distance, mileage and optional supplies and equipment. If you're thinking of renting an RV soon or even if you're just looking for ideas for your next extended vacation, here are five of the best RV destinations in America.

Extending nearly 470 miles, the scenic Blue Ridge Parkway is America's longest linear park and known as "America's Favorite Drive." The second most visited unit of the National Park System attracts millions of visitors annually, and the peak months can be quite busy. However, the allure of stunning vistas, majestic mountains and scenic waterways more than offsets the obligatory crowds and traffic. Several outstanding RV parks can be found along the way, from the Great Smoky Mountains at the southern terminus to Shenandoah National Park to the north. Among the many top attractions along the Blue Ridge Parkway are Whetstone Ridge at Milepost 29, Peaks of Otter between Mileposts 84-87, Roanoke Valley Parkway Overlook at Milepost 129.6 in Virginia, Linville Falls at Milepost 316.3, Blue Ridge Park Headquarters at Milepost 384, Milepost 384.7 to Route 74A to the must-see city of Asheville and Chimney Rock State Park in North Carolina.

Related: How To Rent An RV For Family Vacation

Some of the world's most famous and most photographed vistas are located near or along California State Route 1. The most acclaimed section is the Big Sur Coast Highway, one of the crown jewels of America's Byways system, where the windy road offers travelers sweeping vistas of the Central Coast and the Pacific Ocean. Among the top attractions along this popular stretch from Carmel to Big Sur are Bixby Bridge, Point Sur Lighthouse, Pfeiffer Beach and Pfeiffer Big Sur State Park. Top spots for RV camping include Big Sur Campground and Cabins, Riverside Campgrounds and Fernwood Resort.

An RV trip along the Overseas Highway through the Florida Keys offers one of the most unique vistas in the country. Connecting the Florida mainland to the southernmost point in the continental U.S., the 127.5-mile highway is an All-American Road and often described as the "Highway that Goes to Sea." Points of interest include John Pennekamp Coral Reef State Park, world-class fishing at Islamorada, the Ernest Hemingway Home and the southernmost point buoy in Key West, with a recommended side trip to Dry Tortugas. The Florida Keys have several highly rated RV parks, such as Sunshine Key RV Resort and Marina, Geiger Key Marina and Bluewater  Key RV Resort.

Not many road trips are better than the iconic stretch of highway alternatively known as the "Mother Road" and the "Main Street of America." Covering 2,451 miles between Santa Monica, California to the west and Chicago on the east end, Route 66, or at least portions of it, should be on most anyone's bucket list. The most entertaining portion is between Arizona and Chicago, with such famous and often times quirky attractions like Wigwam Village Motel #6 in Holbrook, Arizona, Cadillac Ranch in Amarillo, Texas and Ed Galloway's Totem Pole Park outside Foyil, Oklahoma. Suggested RV parks include Woody Mountain RV Park, American RV Park, Route 66 RV Park, RV Express 66 and Double J Campground and RV Park.

Related: Travel Snack Ideas For The Whole Family
Randy Yagi is a freelance writer covering all things San Francisco. In 2012, he was awarded a Media Fellowship from Stanford University. His work can be found on Examiner.com Examiner.com.