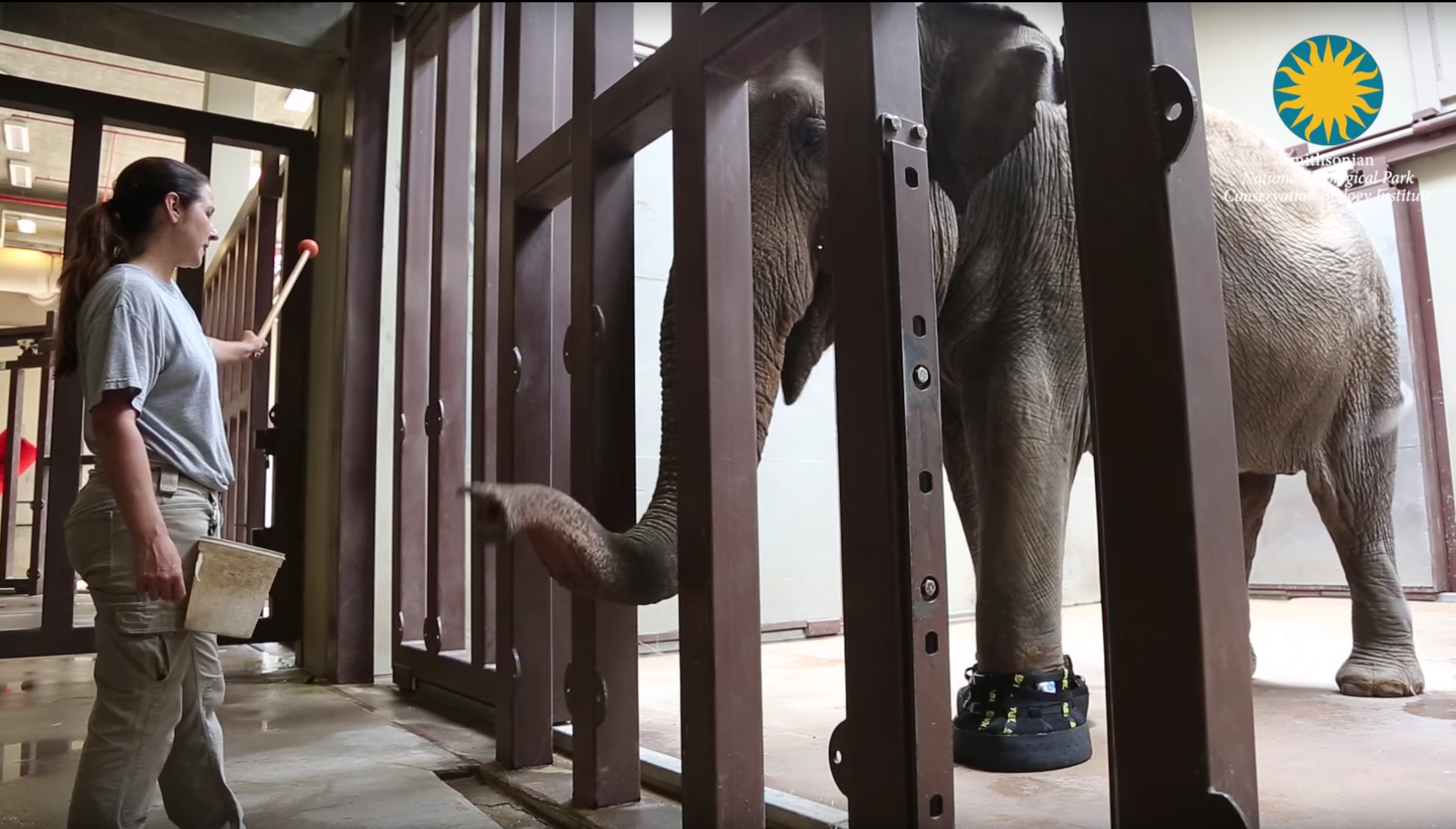 WASHINGTON — An elephant with custom shoes? That’s what’s happening at the Smithsonian’s National Zoo, where an elephant has received a large pair of shoes to help treat her arthritis.

Shanthi, a 41-year-old Asian elephant, was recently fitted with size-20 Teva boots tailored to her front feet. They are the largest pair of Teva boots in town, The Washington Post reported.

Zoo curator Tony Barthel says Shanthi’s arthritis had caused her to lean forward on her front feet, stressing them and ultimately causing lesions on several toenails and the surrounding tissues.

Digital scans of Shanthi’s feet were taken and sent to the footwear company Teva, which created and donated the special boots.

The boots allow animal care staff to apply topical medications to Shanthi’s feet for several hours at a time, while Shanthi freely moves around the enclosure and exhibit.

“The benefit of these boots designed by Teva is their versatility,” Barthel said. “They protect her healing feet in much the same way humans wear bandages, and they allow her to move freely throughout the exhibit.”

In addition to the boots, zoo veterinarians used a treatment called Interleukin-1 Receptor Antagonist Protein (IRAP) to reduce the swelling in Shanthi’s joints. For this therapy, veterinarians collected a large sample of the elephant’s blood, which was then centrifuged to separate the blood cells from the plasma. That plasma was then frozen, thawed and injected into Shanthi’s wrists, successfully blocking her inflammation.

Since receiving the footwear and osteoarthritis therapy, keepers say the swelling in Shanthi’s left front foot has eased and she is more mobile. In a promising sign of improvement, she has recently taken to laying on her side in the zoo’s outdoor pool after not laying down at all for several months.

67 Percent Say They Understand Their Pets