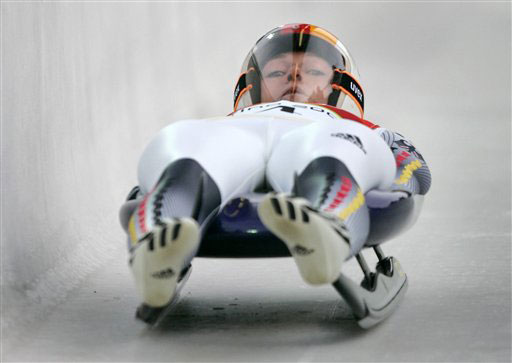 Except for a square battery pack mounted where the water bottle might go, the ZAP! ElectriCruizer looks like one of those old-fashioned Schwinns your father rode when he was young.

But start pedaling, press the little yellow lever, and without a sound, an electric charge powers the bike up to 14 mph. Suddenly, steep hills become a thing of ease. Short trips to the grocery store don't have to involve a car. And if you want to slow down or stop, just let up on the lever.

No sweat, and no pollution.

ZAP! hasn't been able to fill orders fast enough since Gary Starr and Jim McGreen began their company five years ago. Now the company has about 50 employees, and had made $2.5 million in sales in 1998 before the busy Christmas season.

They've sold 22,000 electric bikes, scooters, motorcycles, tricycles and do-it-yourself kits despite scant advertising. They say sales have doubled from 1997, all through word-of-mouth endorsements and a Web site.

There are other electric bikes out there, but the company says only ZAP! bikes can be used with or without electricity. Thay say that innovation gives them about 80 percent of the market. The battery powers a motor behind the seat that, when engaged, grips the rear tire and propels the bike forward.

Starr had been hoping to market alternatives to gas-powered vehicles since the 1970s oil crunch. McGreen was tinkering with a working model for an electric bike. They decided to go into business after meeting each other at an electric vehicle association meeting.

"My goal was to make a better bicycle," says McGreen, who used to ride motorcycles competitively. "Americans own them but don't ride them."

They named their company for Zero Air Pollution, headquartered it in this small Sonoma County town, and developed several models.

The most popular has been the Zappy, a 35-pound foldable scooter with a handle that goes up to 13 mph. The company boasts that it's small enough to fit in a school locker and "with practice, you can even do tricks."

Retired engineer Gerry Diamond likes his so much he sold his car.

"A few weeks was all it took me to realize that everything I really wanted to do, I could use a bike," says Diamond, who lives in Seattle. "By choosing a simpler lifestyle, I find my life is lot less stressful than other people around me."

Sebastopol's eight-man police force was an early ZAP! customer. Today, 150 agencies use them.

"They're a real good tool for law enforcement," says Sebastopol policeman Bob Smith. "They enable us to get up to something resembling a traffic speed a lot quicker than just pedaling, and without getting pooped out."

The biggest downside may be the cost. ZAP! products range in price from $600 for a Zappy scooter to $2,000 for the Electricycle moped. Even the kit, which the company says can be used to convert almost any bike, costs $375.

It takes a few hours to charge the batteries, which plug intany outlet and last about 14 miles. The more powerful ZAP! PatrolBikes, used by police, travel up to 20 mph but last only seven miles.

Bicycle shops that cater to tourists are buying ZAP! bikes. About 20 percent of sales go to foreign customers, including people in cities that have banned gas-powered mopeds. They've also shipped to Austria, Switzerland and Taiwan, which have offered tax rebates to citizens who buy electric bikes.

Global warming and noise pollution are important problems, but Starr says his customers buy ZAP! bikes "because they're cost-effective, practical and fun. Once you get on, you don't want to get off."

Among ZAP!'s rivals is Lee A. Iaococca, the former Chrysler Corp. chairman, who is heading a venture that expects to sell 1,000 electric bicycles a week that can be used with or without electricity.

Iacocca said last month that the EV Global Motors E-Bikes will sell for $995 for the base model and up to $1,300 for the top-line model. He said his company has recruited about 90 dealers in Arizona, California, Florida and Hawaii to sell the bikes.