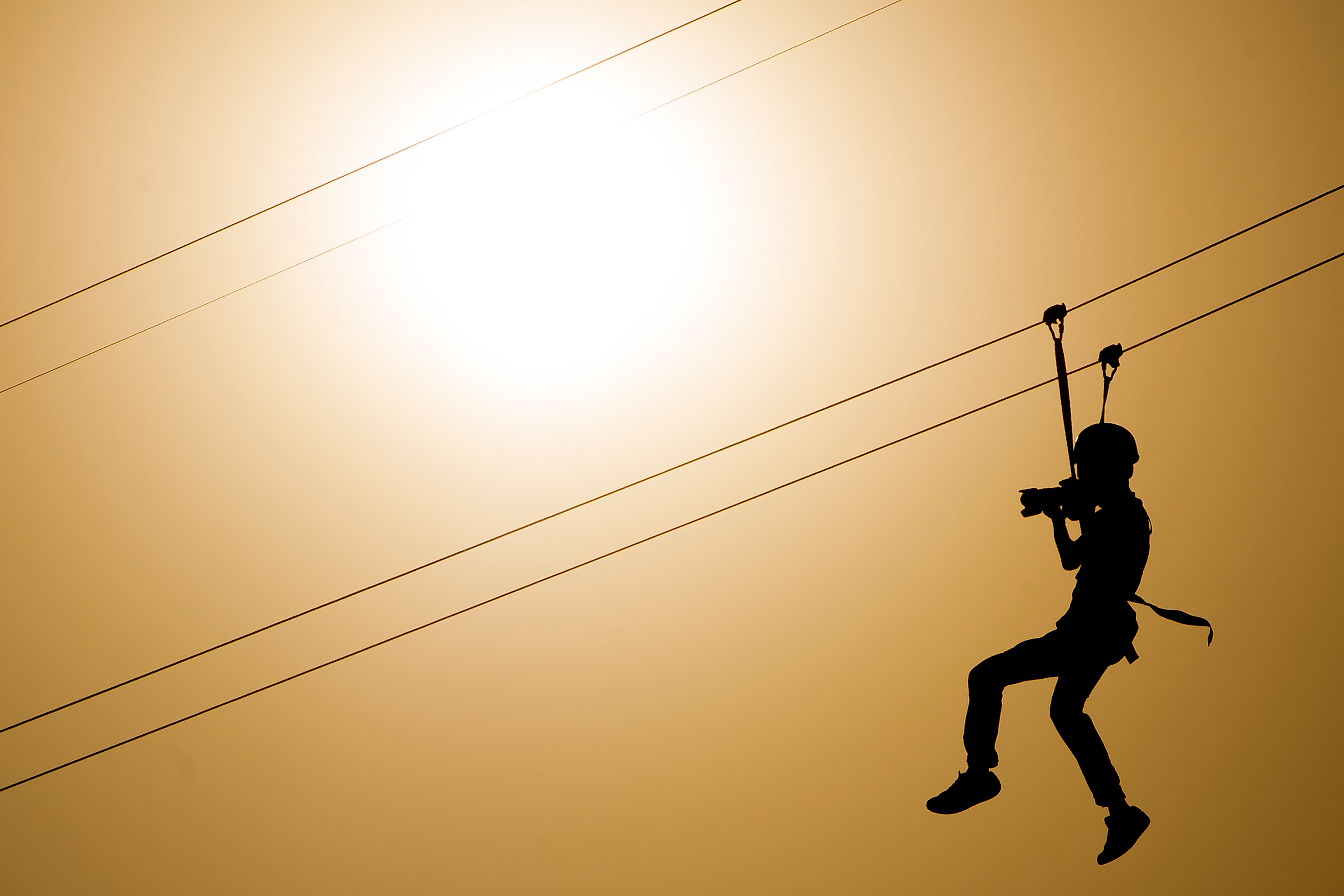 Injuries from zip line accidents have soared along with the popularity of an activity that hurtles riders through the air, sometimes at dizzying heights above ground, a study of U.S. emergency room data shows.

Over 16 years, nearly 17,000 people were treated for zip line-related injuries including broken bones, cuts and sprains; most occurred in the last four years of the 1997-2012 study. It's the first national look at zip line injuries and highlights a need for better regulation and uniform safety standards, the researchers say.

The study was published Monday in the American Journal of Emergency Medicine. Deaths were not included - there have been at least six deaths nationwide this year, most from falls.

Most injuries occurred at commercial courses, camps and other non-residential places. About 30 percent were from zip lines in backyards or farms. These are sometimes do-it-yourself kits bought online, may be improperly installed and should be avoided, the researchers said.

The annual injury rate for all zip lines climbed from almost 8 per 1 million U.S. residents in 2009 to nearly 12 per 1 million in 2012. Causes included falls, collisions and slamming into objects at the end of the course. Injuries were most common in children and teens.

Industry groups have adopted voluntary safety standards typically involving equipment, maintenance and worker training, but they vary and are not uniformly followed. Insurance providers generally require operators to adhere to some of these standards, and several states have adopted safety regulations. But Mehan said a uniform set of safety standards and effective oversight is needed.

Industry representatives say the study is alarmist and that zip lines are safer than driving a car.

Mike Barker, vice president of the Professional Ropes Course Association, said his group has strict safety standards that recommend that courses be routinely examined by independent inspectors. He said reasons for injuries and deaths include user or operator error and equipment malfunction.

James Borishade, executive director of the Association for Challenge Course Technology, said no activity is risk-free and that zip line operators "are working to minimize that risk."

-Check the Better Business Bureau and online reviews to find a reputable operator.

-Ask operators if they follow any industry safety standards and avoid those that don't.

-Ask to see inspection or maintenance reports, and inquire about staff training.

-Don't readjust harnesses after guides have secured them.