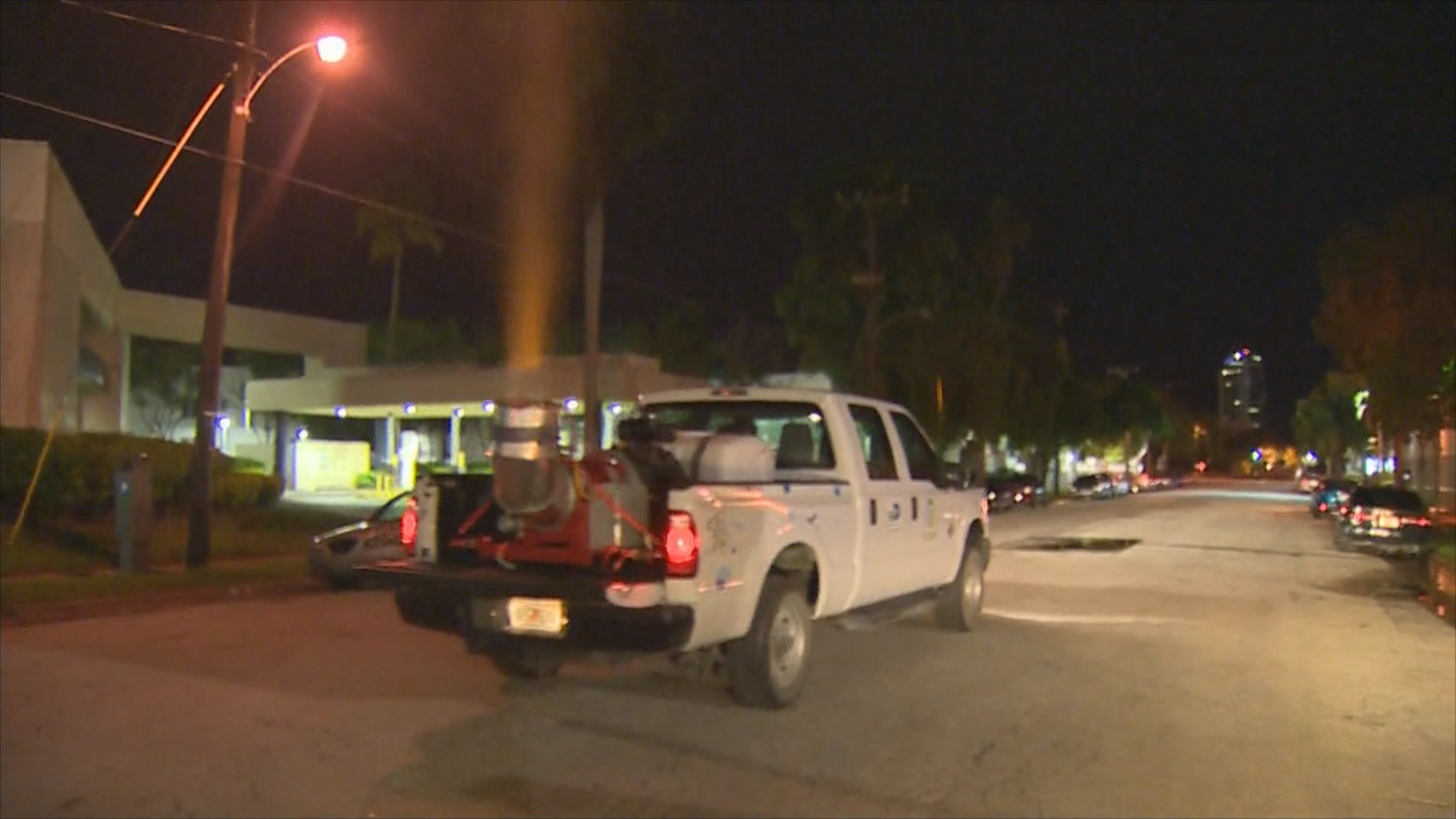 It’s very benign to humans,” said Laura McGowan, spokesperson of Clarke, the company hired by Miami-Dade County to spray the bacteria. “BTI attacks the actual larva of the mosquito, getting into their gut and making it so they can’t process food and that they can’t develop.”

In August, the county began aerial spraying in Wynwood – a Zika zone north of Downtown Miami, alternating between BTI and a powerful neurotoxin called Naled.

“Naled… can essentially kill anything,” said Tanjim Hossain, a graduate research fellow at the University of Miami. “When a droplet of the insecticide touches a mosquito, it kills the mosquito pretty much instantaneously.”

Though effective, Naled is controversial. The insecticide was banned from the European Union and protested in Puerto Rico -- one of the hardest-hit Zika zones in the world. Officials there say Naled is dangerous for pregnant women and could result in their babies developing behavioral issues.

But the CDC and the EPA both insist it’s safe. Florida Governor Rick Scott said the CDC is recommending Miami Beach use helicopters to spray BTI. But Miami Beach Commissioner Michael Grieco said the people in his community are opposed to the aerial spraying.

“They definitely don’t want it here,” Grieco said. “The governor has a job to do but at the same time he’s not boots on the ground here in Miami Beach. We are. We know what the people in Miami Beach want.”

Grieco is calling on Miami-Dade County to stop using Naled altogether when they spray, even though it’s proven to be effective. CBS News has contacted the CDC, who said that the decision whether or not to aerial spray is ultimately up to Miami Beach.