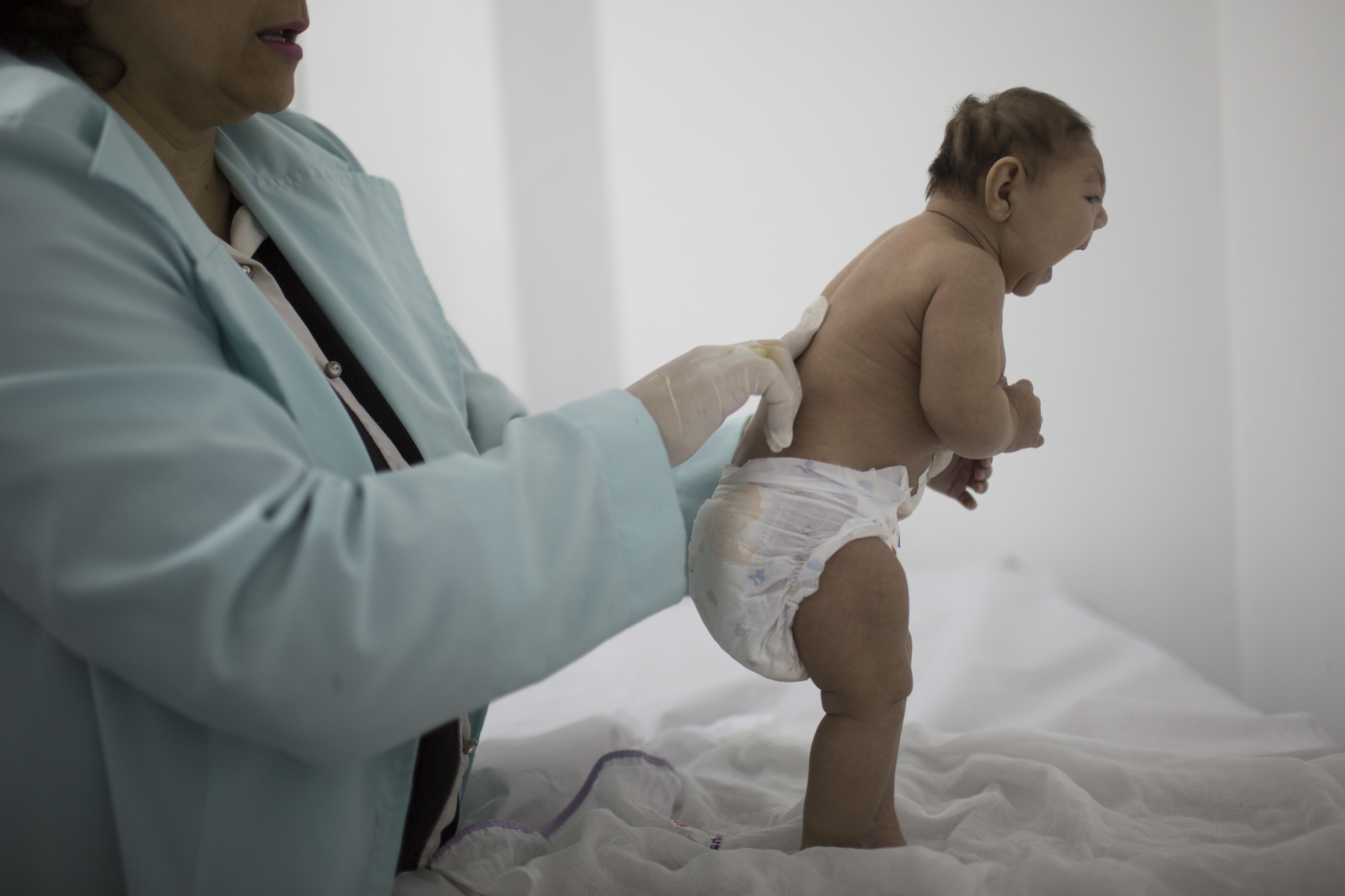 RIO DE JANEIRO -- Before her son was born, Danielle Alves didn't know Luiz Gustavo would have microcephaly, a condition that has left the 3-year-old so disabled he can't walk, talk or eat without help.

Still, Alves says she would have gone ahead with the pregnancy even if she had known -- and she thinks thousands of pregnant women caught up in Brazil's Zika virus outbreak should be required to do the same.

"I know it's very difficult to have a special needs child, but I'm absolutely against abortion," said Alves, who lives in Vitoria da Conquista, a city in the impoverished northeastern region where Brazil's tandem Zika and microcephaly outbreaks have been centered.

Alarm in recent months over the Zika virus, which many researchers believe can cause microcephaly in the fetuses of pregnant women, has prompted calls, both inside and outside Brazil, to loosen a near-ban on abortion in the world's most populous Catholic country.

But push for abortion rights is creating a backlash, particularly among the families of disabled children. Many have taken to social media apps like Facebook and WhatsApp, where more than half of Brazil's 200 million people are connected, to make their case. They argue that all babies, including those with severe forms of microcephaly, have a right to be born.

The Catholic Church and Pentecostal faiths, strong forces in this deeply religious country, have also been fighting back.

"Abortion is not the answer to the Zika virus, we need to value life in whatever situation or condition it may be," Sergio da Rocha, the president of the National Conference of Brazilian Bishops, said earlier this week.

Abortion is illegal except in cases of rape, danger to the mother's life or anencephaly, another birth defect involving the brain -- although in practice wealthy women in urban areas have relatively easy access to safe abortions in private clinics, while the poor often rely on dicey back-alley procedures.

The growing national debate is also spilling out into the courts, and will likely intensify in the months to come.

A judge in the central city of Goiania has said he will authorize abortions in severe cases of microcephaly. Some of the nation's top newspapers have also weighed in, running editorials urging abortion laws to be revisited.

"The most logical solution would be to revise the penal code relating to abortion, decriminalizing the practice. The legislation is three-quarters of a century old," the daily Folha de S. Paulo said in a recent editorial.

A prominent group of attorneys and psychologists is preparing a lawsuit calling for women infected with Zika during their pregnancies to be allowed to get legal abortions. The group, which in 2012 won an eight-year legal battle that succeeded in adding anencephaly to justifications for obtaining a legal abortion, hopes to take the suit before Brazil's Supreme Court early this year.

Before the outbreak, groups that support abortion groups were on the defensive following a proposal by the powerful Pentecostal lobby that would further restrict abortion access by adding additional hurdles for rape victims, such as getting an exam and filing a police report. The proposal has been approved by a House of Representatives committee, though its prospects in the full chamber are unclear.

When the first case of Zika was discovered in Brazil in the middle of last year, health officials here weren't unduly worried. First detected in a Ugandan forest in 1947, Zika has spread to parts of Asia and Oceania and is thought to have made the leap to Brazil through one or more infected tourists visiting the South American nation for the 2014 World Cup or perhaps an international canoeing tournament in Rio de Janeiro the same year.

It's spread by the Aedes aegypti mosquito, a common household pest that also transmits dengue and chikungunya. Zika is generally much milder, with only one out of five patients developing symptoms such as red eyes, a splotchy rash and fever.

A link to microcephaly has yet to be proven, but the U.S. Centers for Disease Control and Prevention has pointed to strong evidence of a connection and urged pregnant women to avoid travel to 22 countries with active Zika outbreaks. The World Health Organization has declared an international health emergency.

Brazil and several other Latin American nations experiencing outbreaks have urged women to put off pregnancies. But critics say the recommendation is impractical in a region where access to sex education, contraception and pre-natal care is precarious and most pregnancies remain unplanned.

Sinara Gumieri, an attorney and legal counselor with the group that's preparing the lawsuit, said the abortion ban combined with the government's failure to eradicate the mosquito violate the right to health that's enshrined in Brazil's constitution.

"If tests confirm the virus (in a pregnant woman), she should then be given the right to choose between going through a high-risk prenatal period and pregnancy and give birth to her child or abort without fear of breaking the law," said Gumieri, of the Brasilia-based ANIS Institute of Bioethics.

"Just because he is different from so-called normal children doesn't mean that he shouldn't be born," she said. "People who say that don't have love in their hearts."

The Zika virus continues to cause concern in the U.S. and beyond. Two new cases were reported Friday in Ohio while in Hawaii, the governor has declared a state of emergency to deal with mosquito-borne illnesses, including Zika, reports CBS News' Jericka Duncan.

More than 200,000 soldiers fanned out across Brazil Saturday to explain how to stop the spread of the virus, which may be linked to serious birth defects.

A similar campaign is being developed in the U.S. Mosquito experts met this week and the message was clear: spraying will not be enough.

The type of mosquito that can transmit Zika only needs a cap full of water to breed. Experts are asking people to get rid of standing water in places like flower pots, bottles and containers.

"If you're not taking precautions against mosquitoes, keeping them out of your house, you're part of the problem, indeed," Joe Conlon of the American Mosquito Control Association told CBS News.

This week, President Obama asked for nearly $2 billion from Congress, not just to protect pregnant women but to guard everyone from getting bitten and spreading the disease.