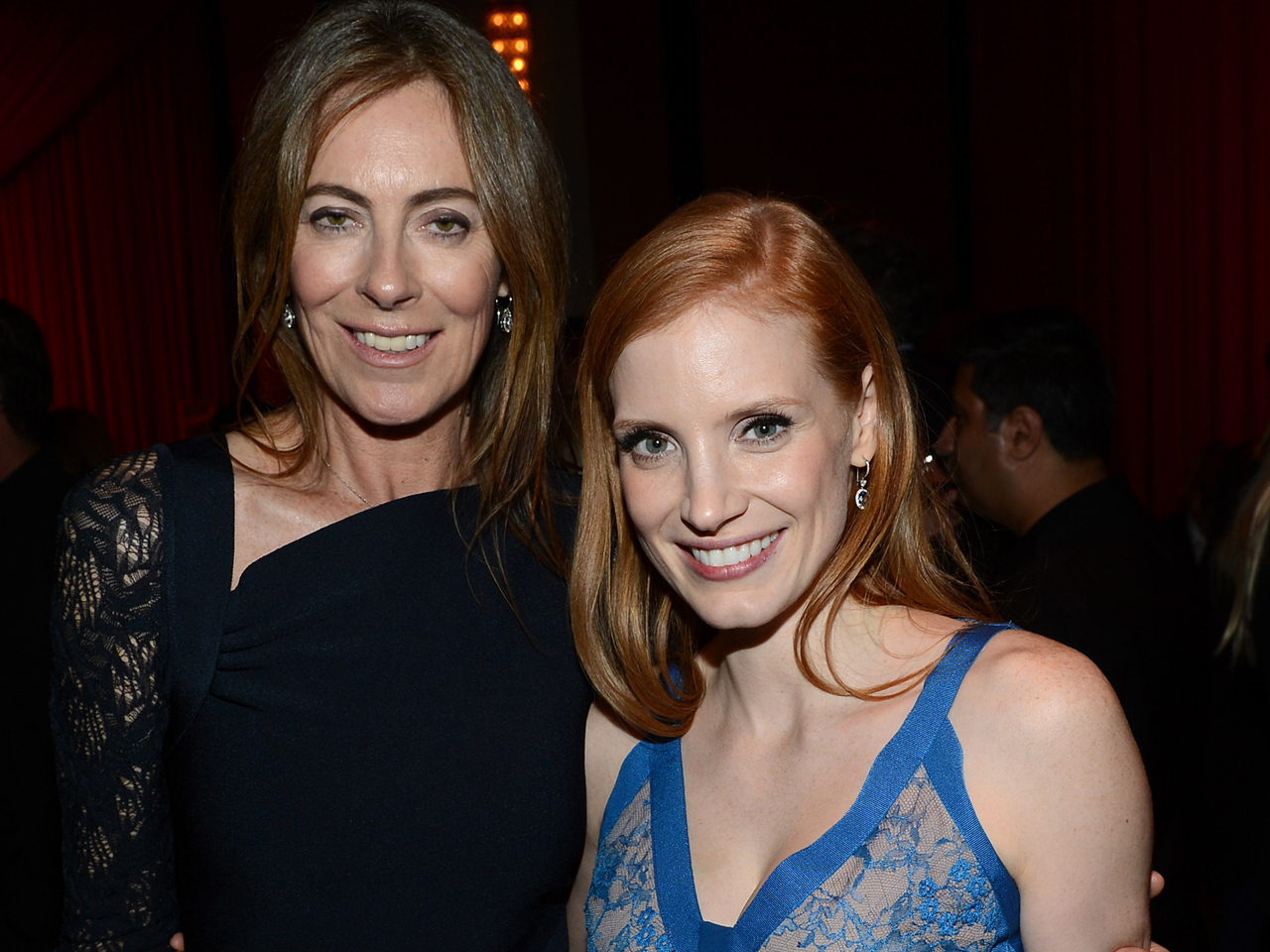 "Zero Dark Thirty" had its Los Angeles premiere on Monday night, with director Kathryn Bigelow and star Jessica Chastain among those in attendance.

Chastain, clad in a blue Elie Saab dress, spoke on the red carpet about her role in the film as Maya, a CIA agent leading the search for Osama bin Laden.

"When I got the script I was so shocked -- every page was more secrets. More and more secrets," she told KCAL-TV. "And the fact that there was a woman at the center of it, I was really blown away with and really excited by."

"This is a great film for women," she added. "Typically when we see lead female characters in movies, they're defined by the men -- they're the product of a love interest or they're the victim against the villain of the piece. And Maya is capable, strong, intelligent and she stands on her own."

"Zero Dark Thirty" doesn't arrive in theaters until Dec. 21, but praise from critics and early awards honors have made it an Oscar frontrunner. It has been named film of the year by both the National Board of Review and the New York Film Critics Circle, made the American Film Institute's list of the top 10 films of 2012 and is among the best picture nominees for the Critics' Choice Movie Awards.