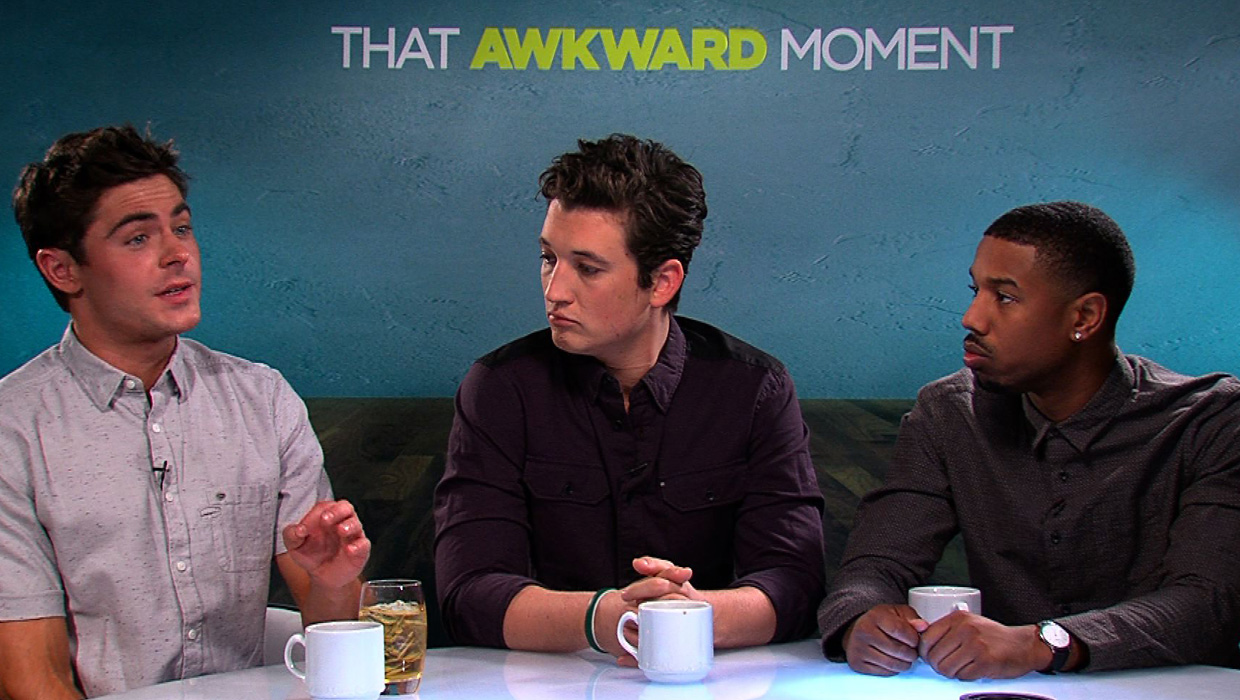 Zac Efron isn't just starring in the new romantic comedy "That Awkward Moment," he's also serving as executive producer.
The 26-year-old actor (don't call him a heartthrob) was involved with the project from the get-go, having read the screenplay by first-time director Tom Gormican while attending the 2012 Cannes Film Festival.
Before that, in 2010, the script had appeared on the Hollywood Black List, a survey compiling the most popular screenplays in Hollywood that have yet to be produced.
In the film, Efron plays Jason, who travails through New York's at-times-tough dating scene with the help of his two best friends, played by Miles Teller ("The Spectacular Now") and Michael B. Jordan ("Fruitvale Station").
Efron said he personally had a hand in selecting his co-stars.
"I knew they'd be the right guys to play it," he told CBS News. "As soon as these guys' names came up -- I already knew [Jordan], I loved [Teller's] work. I just had a feeling that if you get three great guys with this script, you could make a great movie."
Efron also said he's happy with the finished product.
"I think we did it. We made a cool movie. I'm stoked," Efron added.
Watch video at the top of this story to see Efron and his co-stars talk about spending time and living together in New York prior to shooting.
"That Awkward Moment" opens in theaters on Friday.