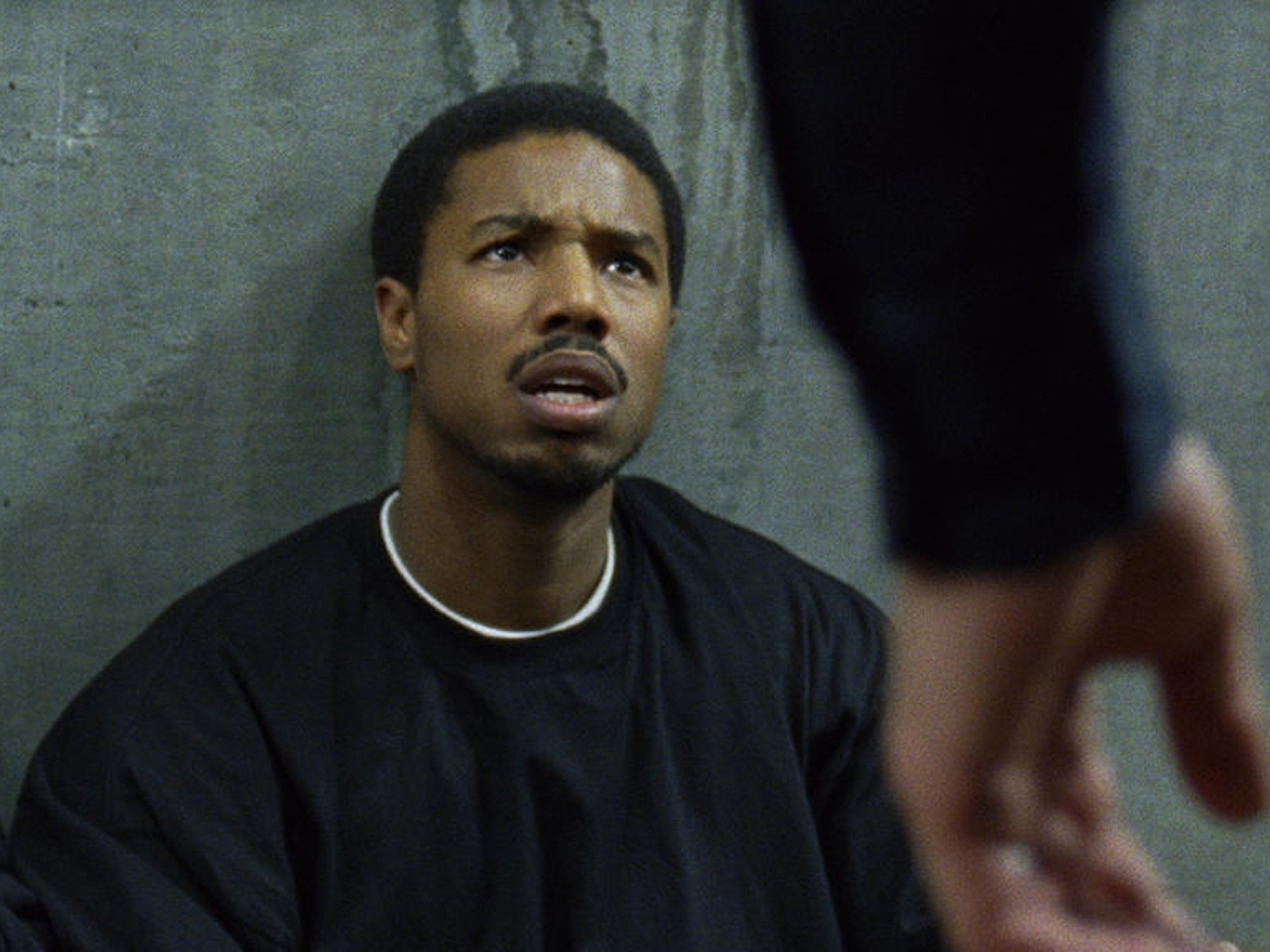 (CBS News) A new movie based on a true story takes a look at a controversial shooting four years ago that still has echoes today. Erin Moriarty of "48 Hours" has the story behind the film:

Every day, 16,000 riders run through this Bay Area Rapid Transit, or BART, station in Oakland, Calif.

The sign says "Fruitvale." But there's another name that hangs heavy over the platform: Oscar Grant III.

In the early morning hours of New Year's Day 2009, 22-year-old Grant and some friends were on the BART train returning from celebrating in San Francisco. There was a report of a fight, and when the train pulled into the Fruitvale Station, BART police started pulling Oscar and his friends off the train.

Other passengers pulled out their cell phones, and recorded video of what happened next: "In the video I see that there's a officer out with a Taser walking back and forth, cussing, telling people to get off the eff-ing train," Johnson recalled. "And then he grabs one of the boys and takes him off the train. He escorts a couple more off the train and he throws them down on the ground."

One of them is an unarmed Oscar Grant. A BART officer is on top of Grant, trying to handcuff him.

"And as he has his knee in Oscar's neck, Mehserle, he pulls out his gun and he shoots him," Johnson said. "And everybody [goes], 'Why would you shoot him?' "

Transit officer Johannes Mehserle shot Grant point-blank in the back.

"I just remember being at home on the computer, watching the video," Jordan said, "and just being, like, in awe -- 'Wow, it happened again.' You know, African American kid, a person of color, being beaten, shot, harassed -- this prejudice, the racism, all of that."

Young Oakland filmmaker Ryan Coogler saw the video, too: "I remember the first time seeing it, just having an empty feeling in my stomach.

"And Oscar, being my age, looking like me, wearing the same type of clothes that I wear, his friends looking like my friends -- it really triggered all kinds of emotions, from sadness, to anger, to a sense of helplessness."

The streets of Oakland erupted. Officer Mehserle claimed that instead of pulling out his Taser, he mistakenly grabbed his gun, and fired the fatal shot. Charged with murder, Mehserle was convicted of involuntary manslaughter, and served less than a year in jail.

Coogler saw a story he wanted to tell in a movie -- not so much about the shooting. He wanted to talk about Oscar Grant himself.

But to make his film -- simply called "Fruitvale Station" -- Coogler had a lot of people to convince . . . starting with Oscar's mother.

Johnson said she was "Very hesitant."

Coogler had never actually made a feature film before. But his student films, at USC and elsewhere, had attracted admirers like actor Forrest Whitaker, who signed on as producer.

Then Coogler picked Michael B. Jordan to play Oscar, after seeing him on TV in "The Wire" and "Friday Night Lights."

He needed someone to play Oscar's mother, Wanda. He went after Octavia Spencer, just coming off an Oscar win.

Coogler compared getting the "Help" star to playing the lottery: "Just kind of throwing caution to the wind."

But the director was SO persuasive, he even got the embattled transit agency on board.

"When Ryan came to us, we really wanted to help in the making of this film, to help with the healing process," said BART Police Chief Kenton Rainey, who took over the agency's police force since the shooting.

"Wasn't that tough to say, 'Yes, you can not only do this movie, but you can do it right here at the platform where it happened'?" asked Moriarty.

"The story's going to be told," he replied.

It was so difficult that, before they filmed the scenes on the platform, they took a moment of silence.

But how Oscar died is only a small part of the film.

He's a father whooping it up with his daughter, Tatiana . . . hanging out with friends and family . . . and even the Oscar Grant who served time on drug and weapons convictions, getting some tough love from his mother.

The movie leads to the fatal shooting. Tough for anyone to watch -- especially when the audience includes Wanda Johnson.

Johnson told Moriarty the film "brought back every emotional -- like it was just happening again. During the process of the film when I knew that the gunshot was going to go off I just put my hands over my ears and just put my head down."

The affecting film won awards at the Sundance and Cannes film festivals -- and it's played for one audience that might surprise you.

Chief Rainey took members of his command staff to watch the film. "It's important for us to understand what we're doing, so that another incident like this never happens again."

And Oscar Grant's mother, Wanda Johnson, hopes Oscar's smile will win over everyone who watches.

"I don't think you could leave the movie without thinking about the humanity side of him," she said. "He was somebody, he was loved. He loved people. He cared about things, he was human. And he didn't deserve to be murdered."

To watch the trailer for "Fruitvale Station" click on the video player below.