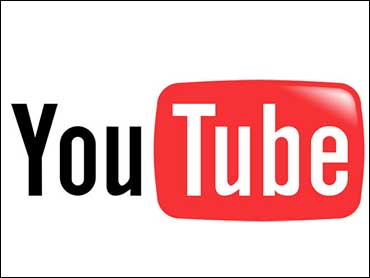 Video advertising is coming to YouTube, but it won't be the type common at sites elsewhere.

Starting Wednesday, the popular video-sharing site plans to feature semitransparent "overlay" ads at the bottom of selected video clips. The ad disappears after about 10 seconds if the viewer does nothing; the featured clip automatically pauses if the viewer clicks on the overlay to launch the full pitch.

YouTube said it was trying to avoid pre-rolls that precede the main feature at sites like Microsoft Corp.'s MSN, which partners with The Associated Press on a video news service.

Shiva Rajaraman, product manager for YouTube, said internal tests show more than 70 percent of people give up when they see a pre-roll. By contrast, less than 10 percent decide to close an overlay, which they can exit by clicking on an "X" in a corner.

The overlay format also gives advertisers more flexibility, he said, because they aren't constrained to keeping a video ad at 15 or 30 seconds to avoid defection. Because a viewer chooses to watch, a video ad can run much longer — clicking on one pre-launch overlay launched a 2-minute trailer for "The Simpsons Movie."

YouTube, which Google Inc. bought last year for $1.76 billion, is still trying to justify its hefty sales price. Despite its huge audience, YouTube generated about $15 million in revenue last year, based on figures provided in Google's annual report.

The site already has been showing display ads, but video ads look to be far more lucrative, particularly as they attract brand-name advertisers already used to buying video spots on television.

Marketers can target their ads by user demographics, location, time of day or genre, such as music videos or sports. They won't be able to buy ads by keywords, though, the way Google allows merchants to purchase text ads triggered by a user's search terms.

And unlike Google's pay-per-click search ads, advertisers will be charged by eyeball — $20 per thousand viewers — regardless of whether the user clicks on the overlay.

Revenues will be split with the video owner, although officials won't say how. The video owner can decline all ads or selected ones, such as those from competitors.

Despite differences with Google's keyword ads, which generate the bulk of the company's revenues, officials said the two share a common goal of being nonintrusive.

"Ads need to provide value to the user community," said Eileen Naughton, Google's director of media platforms. "We've proved over and over again on Google that ads are really useful information when users raise their hands and engage with them."