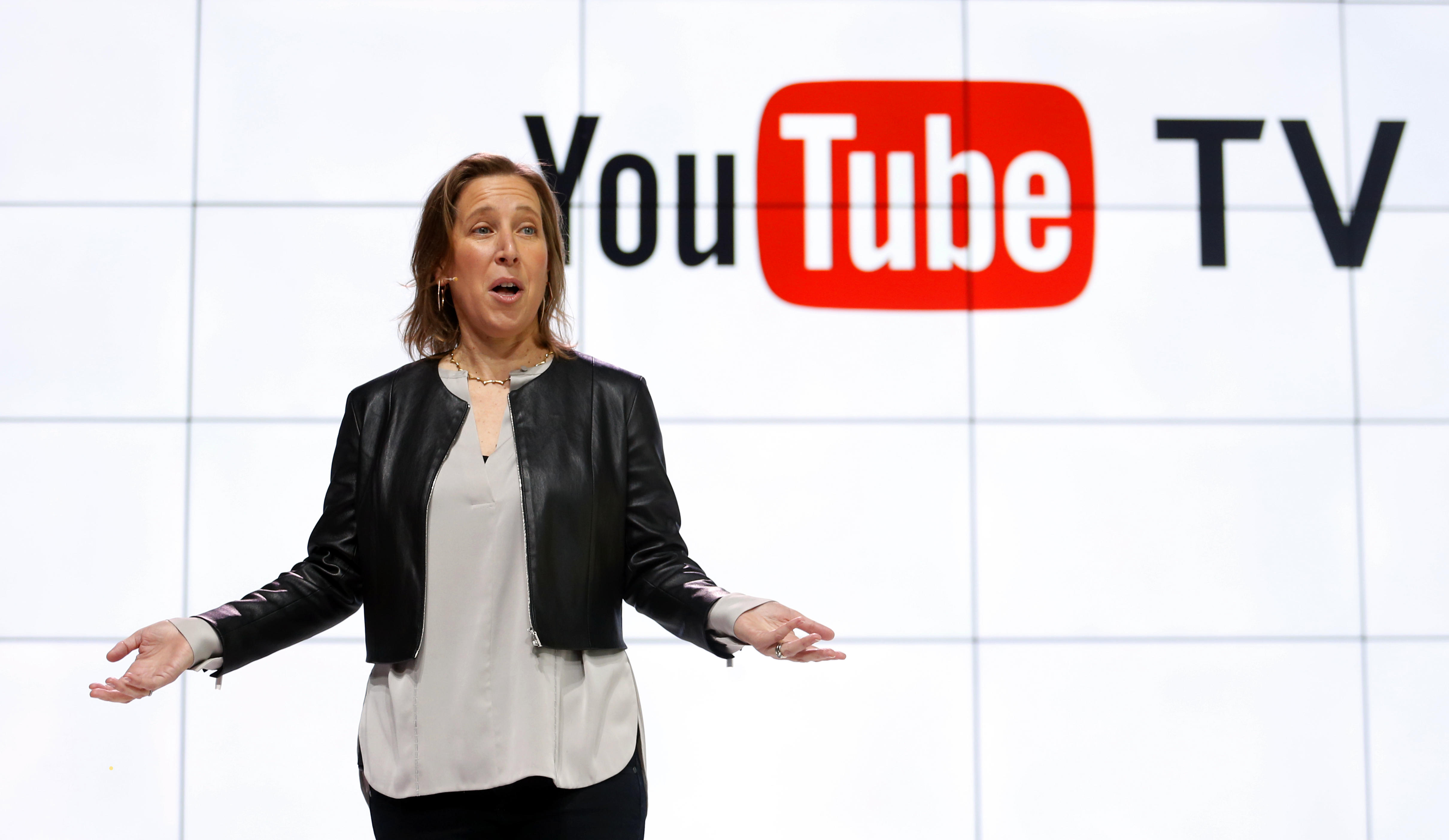 The company unveiled the service at an event Tuesday in Los Angeles that was live-streamed to reporters at YouTube Spaces in New York, San Francisco and San Bruno, California.

The service, called YouTube TV and priced at $35 a month, will offer all the broadcast networks (ABC, CBS, Fox and NBC), sports channels like ESPN, cable networks like FX and USA, 24-hour news like Fox News, kids programming like Sprout and local TV networks, among other channels.

It will have an unlimited cloud DVR to record shows and watch them later, and the service will roll out progressively in the U.S., starting with large metropolitan areas. A single subscription unlocks six accounts for a household. It said it didn’t have any plans to roll out YouTube TV internationally at this time.

YouTube TV can cast to televisions using Google’s Chromecast streaming device, and it’s supposed to work with voice commands via the company’s Google Home smart speaker (despite a botched live demo, in which Google Assistant cheerfully informed the presenter three times that it wasn’t working.)

YouTube is the latest company aiming to grab consumers who are opting out of traditional pay-TV subscriptions. Over the last three years, cord cutters and everyone else have been flooded with options to unlock “real” TV online. Virtual cable services like YouTube’s are a new breed of online television that offer skinnier, cheaper bundles of channels and that avoid old-school trappings like long-term contract and installation appointments.

YouTube’s move into live channels was widely expected. Reports about a live-channel service called Unplugged began surfacing last May, and CBS Chief Executive Officer, President, and Chairman of the Board Leslie Moonves obliquely confirmed the service and his company’s deal to participate in December. (CBS is the parent company of CNET.)

YouTube launched its first subscription service, Red, in 2015. Think of Red as a YouTube-ified version of Netflix with Spotify mixed in -- it removes advertising, unlocks access to exclusive shows and includes an all-you-can-eat music service.

YouTube TV will include Red original shows and movies. It will also offer premium cable network Showtime for an additional fee.

The company stressed multiple times Tuesday that it was targeting young millennial viewers with YouTube TV, that it would “give younger generations the content that they love with the flexibility that they expect on any screen on their terms,” according to Wojcicki. It emphasized the mobile version of the service and noted that all of YouTube’s trademark user-generated and online-native content would be folded into YouTube TV’s searches.

Streaming-TV service Hulu, which is owned by Comcast, Disney and 21st Century Fox, also will launch a virtual cable service later this year.

This story was first published on CNET, titled, “YouTube, angling to be ‘real’ TV, will launch live networks.”