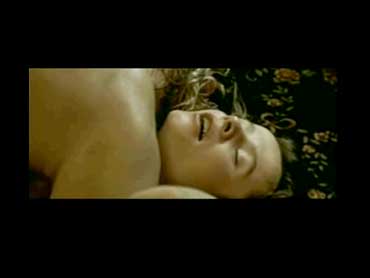 The European Commission launched its own channel on YouTube last week saying it wanted to spread messages about topics such as climate change and human rights. But the video clip scoring the most hits by a large margin features nudity, dim lighting and some heavy breathing.

EU officials said the 44-second clip of sex scenes showcases the strong emotions featured in European films, but the sexual content has raised concerns among some European Union lawmakers.

The clip — titled "Film Lovers Will Love This!" — has been viewed more than 280,000 times, while the next most popular video on the EUTube channel — a humanitarian aid clip called "Reaching out to lend a hand" — has fewer than 30,000 views.

Eighteen couples, both homosexual and heterosexual, are shown having sex in bedrooms, kitchens and restaurant bathrooms. As the groans build to a climatic finish, the phrase "Let's come together" flashes on the screen.

The Commission's foray onto the popular video-sharing Web site, he said, "was like watching an elderly relative trying to be cool: very embarrassing."

And EU lawmaker Maciej Giertych of Poland, from the conservative League of Polish Families, has accused the commission of using "immoral methods" of promotion, according to the British Broadcasting Corp.

But Commission spokesman Martin Selmayr said the shots in the clip — drawn from award-winning films such as "Amelie" and "Bad Education" — highlighted Europe's tradition of rich cinema.

Selmayr said Tuesday that he had not received any complaints about the video, which was presented at the Berlin Film Festival in February as part of a four-clip media campaign. The other three highlight joy, sadness and friendship.

All four short videos have been available since then on the Commission's Web site and YouTube.

The steamy clip, as well as the overall concept of EUTube, has generated heated exchanges on the channel's comment forum with opinions divided between outrage and admiration. The Commission has designated an official to service the Web site and respond online to the criticism.

The 46 videos posted so far are on topics such as road safety, integration of immigrants and reform of the common market for sugar. There are both English and German channels, and French is expected to be up and running in the next few weeks.