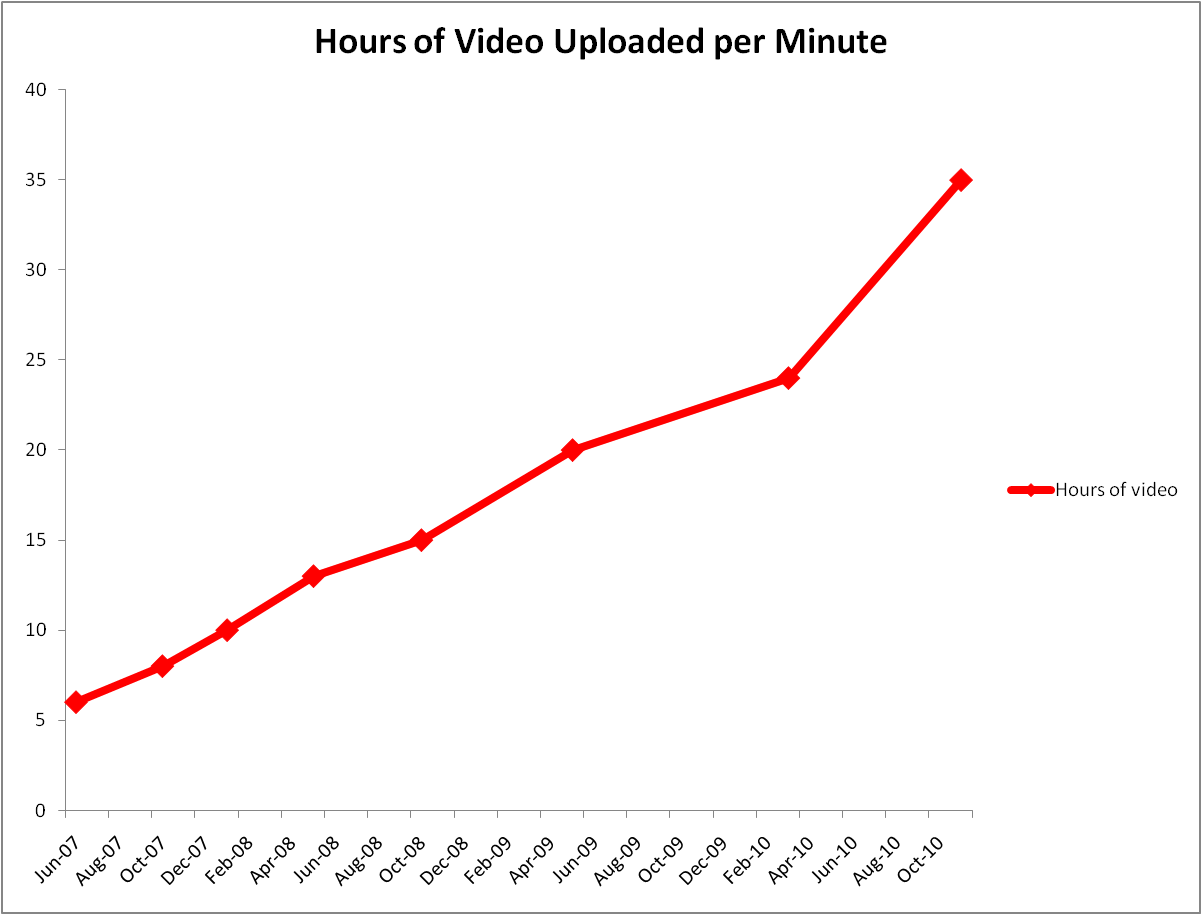 In March, YouTube announced that 24 hours of video was uploaded to video service every minute. Now it's 35 hours per minute, or 50,400 hours uploaded per day or in excess of 18 million hours per year at the current rate, according to YouTube. YouTube equates the volume to 176,000 full-length Hollywood films every week.

YouTube, which is part of the Google empire, attributes the rapid growth to increasing the time limit for videos on the service from 10 to 15 minutes, with upload file size increasing over the last few years by a factor of 10. In addition, file uploading has become much easier with the increase in mobile phone usage.

With storage and server cost increasing as the video volume increases, YouTube is counting on viewers and advertisers to generate profits. In terms of viewer activity, teen sensation Justin Beiber just surpassed one billion views of his various videos, and YouTube subscriptions (not paid subscriptions) also passed the billion mark.

In its third-quarter financial report, Google officials said that the company is monetizing more than 2 billion YouTube views per week, but did not break out the revenue. Google reported total revenue of $7.29 billion for the quarter ending Sept. 30.