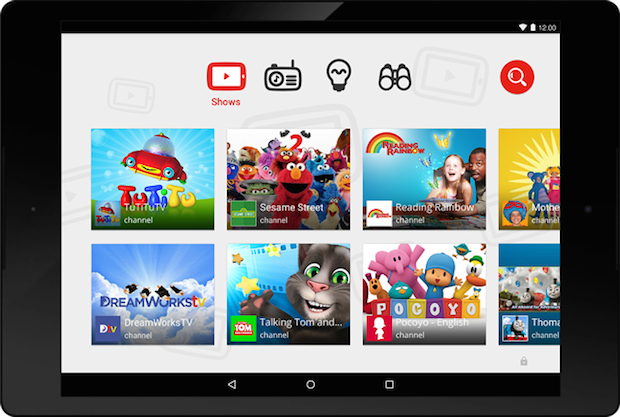 WASHINGTON -- The new YouTube Kids mobile app targets young children with unfair and deceptive advertising and should be investigated, a group of consumer advocates told the Federal Trade Commission in a letter Tuesday.

Google introduced the app in February as a "safer" place for kids to explore videos because it was restricted to "family-focused content."

But the consumer activists say the app is so stuffed with advertisements and product placements that it's hard to tell the difference between entertainment and commercials. One example is a 7-minute video of Disney's "Frozen" characters who appear as dolls inside a toy McDonald's, eating ice cream and drinking Sprite.

The activists say digital media should be subject to the same rules as television, which limits commercial content on kids' programming.

"As a consumer, you should have the right to know who is trying to persuade you," said Angela Campbell with the Institute for Public Representation at Georgetown Law, who provided legal counsel to the coalition.

In young children especially, "it takes unfair advantage of their trusting nature and lack of experience," she added.

In a statement early Tuesday, YouTube said: "We worked with numerous partners and child advocacy groups when developing YouTube Kids. While we are always open to feedback on ways to improve the app, we were not contacted directly by the signers of this letter and strongly disagree with their contentions, including the suggestion that no free, ad-supported experience for kids will ever be acceptable. We disagree and think that great content shouldn't be reserved for only those families who can afford it."

Since its inception in 2005, YouTube has become the world's most popular online video site, with more than 1 billion users. For parents, it's become an easy way to find Elmo song clips or full episodes of "Barney & Friends." But when searching for Elmo or Barney, it's easy to pull up other user-generated content aimed at adults, such as the two puppets cursing or waving guns.

"Now, parents can rest a little easier knowing that videos in the YouTube Kids app are narrowed down to content appropriate for kids," wrote Shimrit Ben-Yair, the app's product manager, in a February blog post.

According to the consumer groups' letter, the videos mingle commercial and entertainment content in ways that wouldn't be allowed on television. Search for "My Little Pony," for example, and the first several options are lengthy advertisements for My Little Pony Play-Doh and toy kitchen sets, including one Play-Doh segment stretching 19 minutes.

"The fact that children are viewing the videos on a tablet or smartphone screen instead of on a television screen does not make it any less unfair and deceptive," the letter states.

Groups that signed the letter were the Center for Digital Democracy, the Campaign for a Commercial-Free Childhood, American Academy of Child and Adolescent Psychiatry, Center for Science in the Public Interest, Children Now, Consumer Federation of America, Consumer Watchdog, Consumers Union, Corporate Accountability International and Public Citizen.

The YouTube app followed a similar one for kids launched by Vine in January.