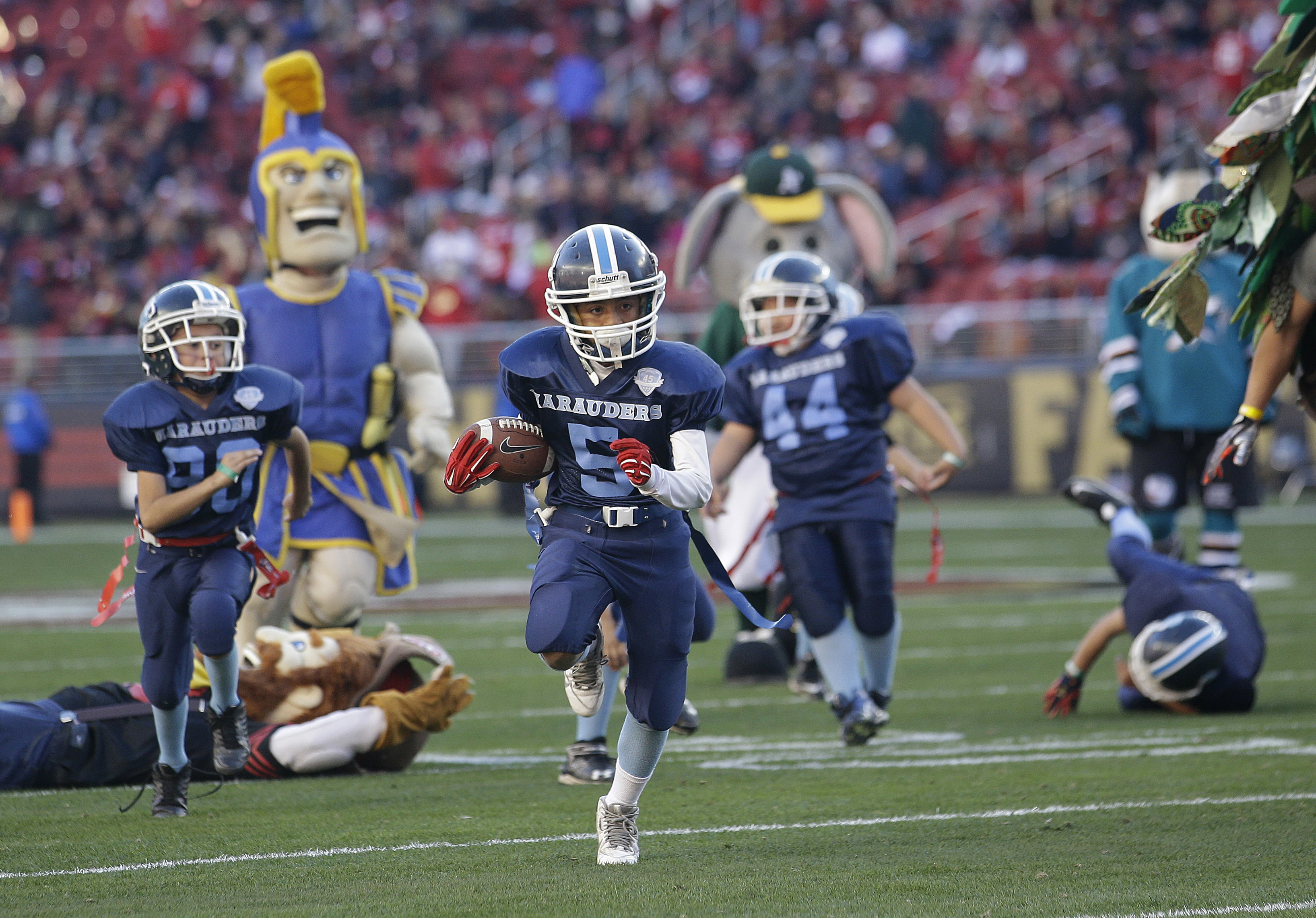 Younger football players are more likely to return to the field less than a day after suffering concussions than those in high school and college, according to a new study.

Only 10 percent of young players with concussions resumed football that soon, but the results are concerning and suggest a need for more sidelines medical supervision and better recognition of concussion symptoms in children, said sports injury researcher Zachary Kerr, the lead author. He directs an injury surveillance program at Datalys Center for Sports Injury Research and Prevention, Inc., an independent group in Indianapolis.

"Younger kids may struggle to describe" their symptoms, and health effects from concussions may not show up right away, Kerr said, citing possible explanations for the study findings.

Much of the attention on sports concussions has focused on professional football and in college, but there's a need for more prevention efforts and research at all levels including among the youngest players, Kerr said.

The study also found differences in concussion symptoms depending on players' age, offering guidance for parents, doctors and coaches in assessing injured players.

The NCAA and USA Football, the national governing body for amateur football, helped pay for the study, published Monday in JAMA Pediatrics.

The researchers say it's the first study to compare concussion symptoms and return-to-play times at all three levels.

The study involved injuries reported by athletic trainers during practices and games from 2012 through 2014. The data included more than 200 programs at the youth, high school and college level. Youth teams involved players aged 5 to 14 in Pop Warner and USA Football programs.

A total of 1,429 concussions were reported during the three seasons.

Concussions during games were most common in college players, averaging almost 4 per 1,000 games; the rate was 2 per 1,000 games among youth players and almost 2 per 1,000 among high school players. The rate in practices was less than 1 per 1,000 at all three levels.

An average of about six symptoms occurred with concussions in college and high school players. Youth players had slightly fewer symptoms and were the least likely to lose consciousness, although blackouts were rare at all levels.

Dizziness, headaches and loss of balance were among the most common symptoms at all levels.

At all levels, most players were sidelined for at least a week. Time away from the sport of at least a month was most common among high school players -- about 20 percent, versus 16 percent of youth players and 7 percent of college players.

Fewer than 1 percent of high schoolers returned to play less than 24 hours after injury, compared with almost 5 percent of college players and 10 percent of youth players.

The American Academy of Pediatrics and other doctor groups recommend that athletes avoid returning to play until all concussion symptoms have disappeared. The study notes that procedures for youth players required athletes to get a doctor's approval before returning to play.

He noted that being aware of concussion symptoms and managing them appropriately is part of the group's Heads Up football program, which says players with suspected concussions should be evaluated by a health professional and not be allowed to return to play until they get medical clearance.

Pop Warner spokesman Brian Heffron said coaches in the popular youth program's leagues receive the Heads Up training and that their players have far fewer concussions than those in youth football programs without that training.