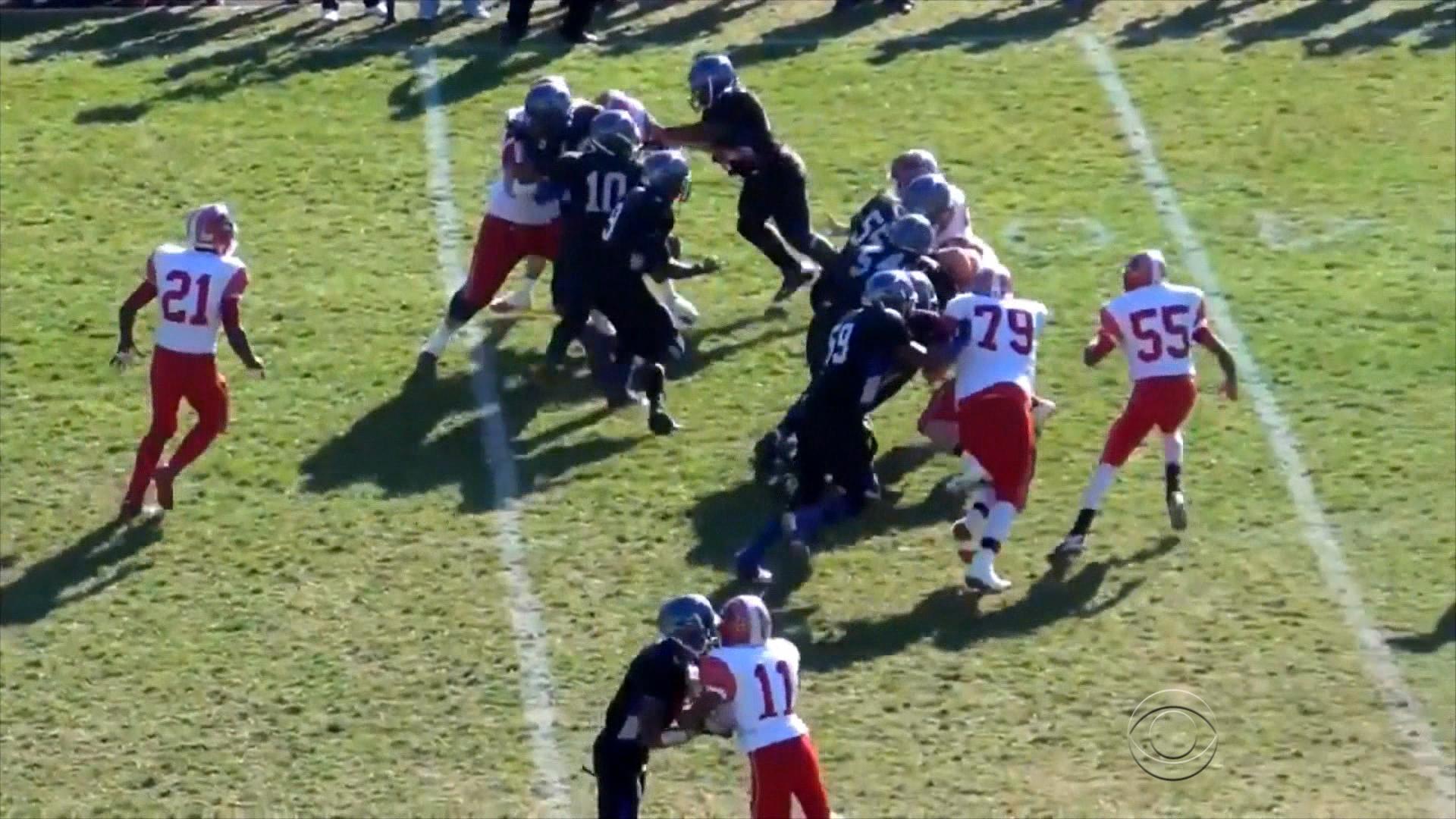 MAPLEWOOD, Mo. -- Football runs through Isaac Pearson's bloodline. Both his father and brother played. But the sophomore from Maplewood, Missouri chose a different field.

"My mom's like, soccer's your thing. She doesn't want me to get hurt, too. But soccer's something I really liked," Isaac Pearson said.

The Maplewood Richmond Heights High School -- Pearson's school -- also has a proud tradition of football, having gone to the state championship as recently as 2010.

"A great year. That was a great football team," said school board president Nelson Mitten looking at the school's trophy case.

But there is no team at Maplewood this season. Like schools in Camden, Maine, and Ridgefield, New Jersey, Maplewood had a hard time finding enough players, due to injuries and lack of interest.

"When you have low numbers of students from a school this size, you're drawing all the way from freshman to seniors. If we didn't have the size, that can have a significant effect upon the possibility of injuries," said Mitten.

The number of high school football players in the U.S. has declined by 25,000 over the past five years. Last year, five high school players died playing football. That's more deaths than in college, semi-pro, or professional levels according to the National Center for Catastrophic Sports Injuries.

"When I first heard about it I was devastated. Cause like, football is my favorite sport. Even when we didn't do good we had that fun experience. Everyone would come see us perform. Just not the same," said Pearson.

Students at Maplewood will still get to attend the annual homecoming game next month. But for the first time the sport will be soccer.