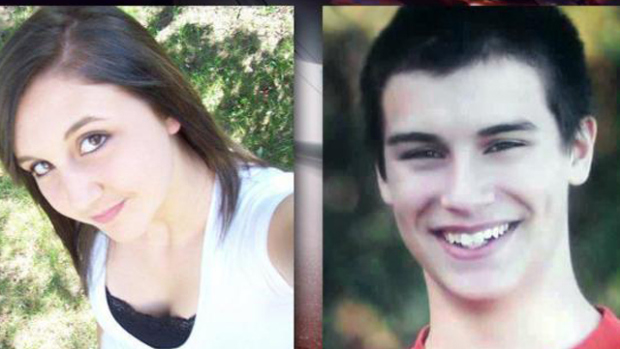 LITTLE FALLS, Minn. - Jurors heard an audio recording Tuesday of the moments when two teenagers were fatally shot by a Minnesota homeowner who says he feared for his life after several previous break-ins.

Byron Smith, 65, of Little Falls, is charged with first-degree premeditated murder in the slayings of 17-year-old Nick Brady and 18-year-old Haile Kifer on Thanksgiving Day 2012. The shooting stunned the small city and stirred debate about how far people can go in defending their homes.

Almost immediately after Brady is shot, rustling of a tarp can be heard, then a dragging sound and heavy breathing. Smith has said he had moved Brady to a workshop in his basement to keep him from staining the basement carpet.

The audio continued with the sound of a gun reloading, then more deep breaths. In a quiet, low voice several minutes later, a female mumbles "Nick." Gunshots are heard again, as well as the sound of Kifer falling. Smith quickly said "Oh, sorry about that." Then Kifer said "Oh my God!" and screams.

Amid more shots, Smith told Kifer, "you're dying," and then calls her a derogatory name for a woman. After more heavy breathing and another dragging sound, Smith calls Kifer the name again. After more movement, the crack of a gun is heard.

Prosecutors stopped playing the tape after that gunshot. The courtroom was silent except for a woman holding back sobs, the newspaper reported.

Prosecutors said during opening statements Monday that Smith planned the killings and was waiting in his basement. Smith's attorney said his client was terrified after several increasingly violent break-ins and hid after he heard a window break and footsteps upstairs.

Smith is a retired security engineer for the U.S. Department of State. Kifer and Brady were cousins. The two were well-known in the community, and both were involved in sports.

Court documents from another case show Brady had burglarized Smith's property at least twice in the months before he was killed.