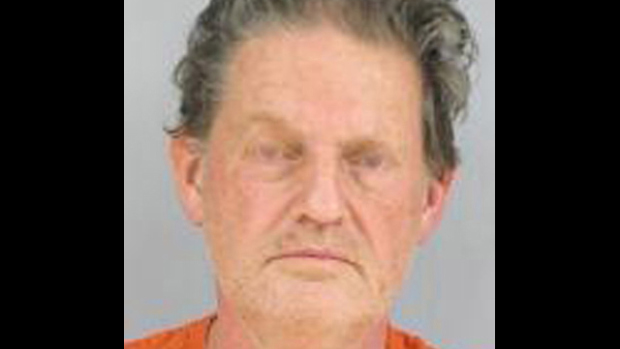 LITTLE FALLS, Minn. - A Minnesota man on trial for killing two teenagers after they broke into his house planned the killings, and was lying in wait in his basement with a book, some snacks and two guns, prosecutors said Monday. But a defense attorney countered that his client was terrified after several increasingly violent break-ins and hid after hearing a window break and footsteps upstairs.

Byron Smith, 65, of Little Falls, is charged with first-degree premeditated murder in the slayings of 17-year-old Nick Brady and 18-year-old Haile Kifer on Thanksgiving Day in 2012. The killings rocked the small central Minnesota city of about 8,000 and stirred debate about how far a person can go in defending their home.

Smith has claimed self-defense, saying he feared the teens were armed and that he was on edge after earlier repeated break-ins at his home. Under Minnesota law, a person may use deadly force to prevent a felony from taking place in one's home or dwelling, but authorities have said Smith crossed a line when he continued to shoot the teens after they were no longer a threat.

Prosecutors played for jurors Smith's taped interview with police after the shootings. In it, Smith told police he was living in fear after the break-ins and had taken to wearing a gun on his hip. But he also said: "Whoever it was who was breaking into my home had been doing it so long that I was no longer willing to live in fear."

Defense attorney Steve Meshbesher told jurors that the trial "is not a case of whodunit. Mr. Smith is the person who shot and killed those two people, but he is not criminally responsible for the deaths. He is not guilty of murder."

Meshbesher also said his client was hiding after break-ins that had gotten increasingly more violent.

"He became frightened and scared to live in his own home," he said of Smith, later adding, "He began to wear a holster and pistol in his own house. That is how afraid he is, and became."

Assistant Washington County Attorney Brent Wartner told jurors that Smith thought a neighbor girl had been breaking into his home, so on that Thanksgiving Day, Smith sat in his basement, waiting.

"He's down in the basement, in a chair, tucked between two bookcases at the bottom of the stairs. He said he was down there reading a book ... with his Mini-14, a .22-caliber revolver, some energy bars and a bottle of water," Wartner said.

Wartner said Smith heard the door of his house rattle at about 12:30 p.m., then someone walking across the deck, then a window breaking.

"And he waited," Wartner said.

Prosecutors say as Brady descended the basement steps, Smith shot him in the chest, then in the back while Brady fell, Wartner said. Smith fired a final shot into Brady's head, the bullet passing through Brady's hand, Wartner said. Smith put Brady's body on a tarp so he wouldn't get blood on his carpet, dragged it into his workshop, reloaded his rifle and sat down again, the prosecutor said.

A few minutes later, Kifer walked down the stairs and Smith shot her, Wartner said. His rifle jammed when he tried a second shot, and Smith told police he believed Kifer laughed at him.

"He was angry," Wartner said, then describing that Smith pulled out his revolver and shot her twice in the head, once in the left eye and once behind the left ear.

Smith dragged Kifer's body into the workshop and laid it on top of Brady's, Wartner said. Smith told investigators he thought he heard Kifer gasping, so he placed his revolver under her chin and fired what he told police was a "good clean finishing shot to the head," the assistant prosecutor said.

Smith is a retired security engineer for the U.S. Department of State. Kifer and Brady were cousins. The two were well-known in the community, and both were involved in sports.

After their deaths, authorities said a car linked to Brady and Kifer contained prescription drugs that had been stolen from another house, apparently the day before they were killed. Court documents from another case show Brady had burglarized Smith's property at least twice in the months before he was killed.