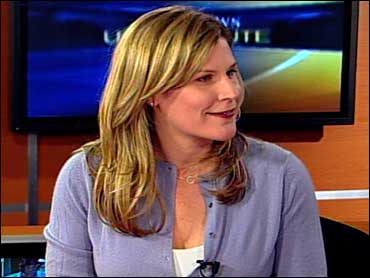 Whether you're the youngest, oldest, middle or only child, you know that each position has its benefits and drawbacks. But can birth order play a roll in parenting? Tricia O'Brien, Feature's Editor of American Baby Magazine, weighs in.

First born children are typically perfectionists. "They model their behavior after their parents," says O'Brien. When it comes to being first in line, be sure not to put too much pressure on your child. Try granting them extra privileges. "They're going to be helping you out [with your other children]," says O'Brien. "Give them privileges like a later bed time." But don't expect your oldest to help you all the time. Be sure to let them be kids and play with their toys as well.

Middle children are usually negotiators. "They often try to solve sibling squabbles," says O'Brien. Be sure to thank them! Middle children are also more apt to making friends outside the family. "Encourage those friendships and make play dates often," says O'Brien. In the same, the middle child can often feel left out. Be sure to set aside extra time with them to ensure they really feel like they're a key part of the family.

Your youngest child is usually the most easy-going of all, but they're often referred to as "the baby of the family" even as they get older. Often times, this doesn't leave them much room for negotiation when it comes to family decisions. "Let them make a small decision, like where you're going to go to dinner," says O'Brien. "It gives them responsibility." Don't forget to acknowledge "firsts" with your youngest child either. Just because you've been through the first word, first step, first tooth routine before doesn't make it any less special. Call your relatives and brag just like you did with your other children.

Some families don't fall into the usual categories; only children are unique. "They're definitely more like the first born. In fact, some experts call them 'super first borns' because they taken on those attributes times ten," says O'Brien. Also, a youngest child who is born several years after the other children can have different traits as well. "Often they become more like the only child or the first born," says O'Brien.

For more information on this and other parenting topics, click here.
By Erin Petrun