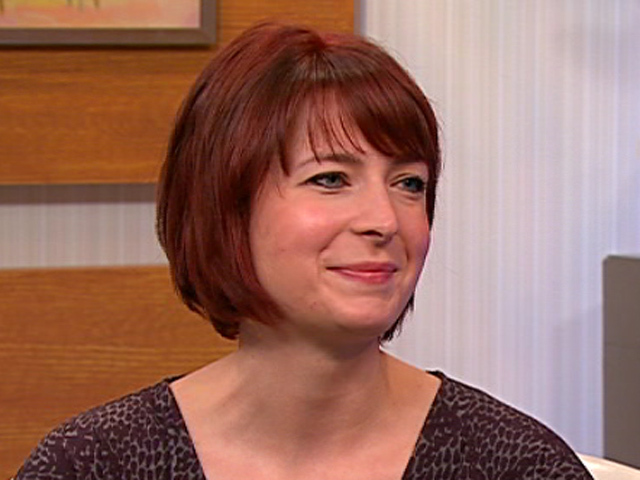 It's a boy for Diablo Cody

"It's about a young girl who is very sheltered and very naive and she decides to go out and explore the world and starts in Vegas," Cody said.

However, Cody's currently focused on promoting the movie based on her screenplay called "Young Adult," which stars Charlize Theron as Mavis Gary, a recent divorcee who is trying to win back her now-married boyfriend, played by Patrick Wilson.

Speaking about Theron's character, Cody said, "I wondered, what is it about a person that would drive them to live in an adolescent world, creatively. And from that, the character of Mavis was born. And I thought, I will just make her the most stunted, immature person ever."

Theron's character, when she realizes her old flame is now married with children, doesn't give up - a self-destructive move that Cody says many people can relate to.

The movie is directed by Jason Reitman who also directed "Juno."

"I'm so lucky to work with him again," Cody said. "He's one of my favorite people ever. I had written the script and I had just asked for his professional opinion about it because we had obviously kept in touch after 'Juno.' He read it and told me he wanted to direct it. So we got to reunite."

For more with Cody about the film, including her thoughts on comedian-turned-actor Patton Oswalt, as well as the end of the HBO series "United States of Tara," check out the video above.