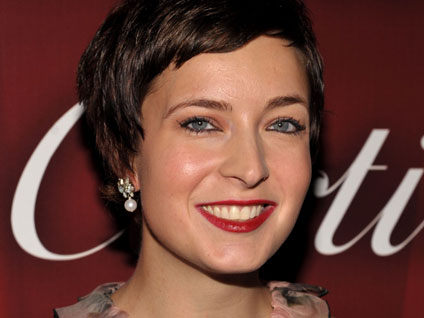 NEW YORK (CBS) Diablo Cody announced the birth of her baby boy in the same place where she told the world she was expecting him.

The "Juno" and "United States of Tara" creator shared the good news on her Twitter account Tuesday, telling fans that son Marcello Daniel Maurio was born that day.

"We had our boy early this morning! Marcello Daniel Maurio, 7lbs, 2 oz, lightly mustachioed," she posted.

Marcello is the first child for Cody, whose real name is Brooke Busey, and her husband, Daniel Maurio.

Cody confirmed the pregnancy in April.

"Thanks for the congrats on my fetus," Cody, 31, wrote on Twitter at the time. "No secrets here; just thought it would be fun to see how big I could get before someone noticed."