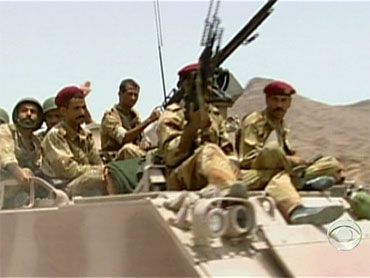 Three other militants wounded in the same fight were also arrested.

Yemen has intensified its battle against al Qaeda extremists in the country. Yemen's foreign Minister Abu Bakr al Qirbi says Yemen needs millions of U.S. dollars in military aid, but he doesn't want any U.S. troops on the ground.

"This is again one of the issues that creates problems, definitely in Afghanistan," al Qirbi said. "We don't want to repeat the same mistake."

Al Qirbi claims there are as many as three hundred experienced al Qaeda fighters, any of whom could have influenced Umar Abdulmutallab.

"I think him, with other al Qaeda operatives are now under surveillance by security forces for sure," al Qirbi said.

For the United States, it is a familiar dilemma - how to root out al Qaeda without becoming, by their very presence, the jihadi's main recruiting tool.