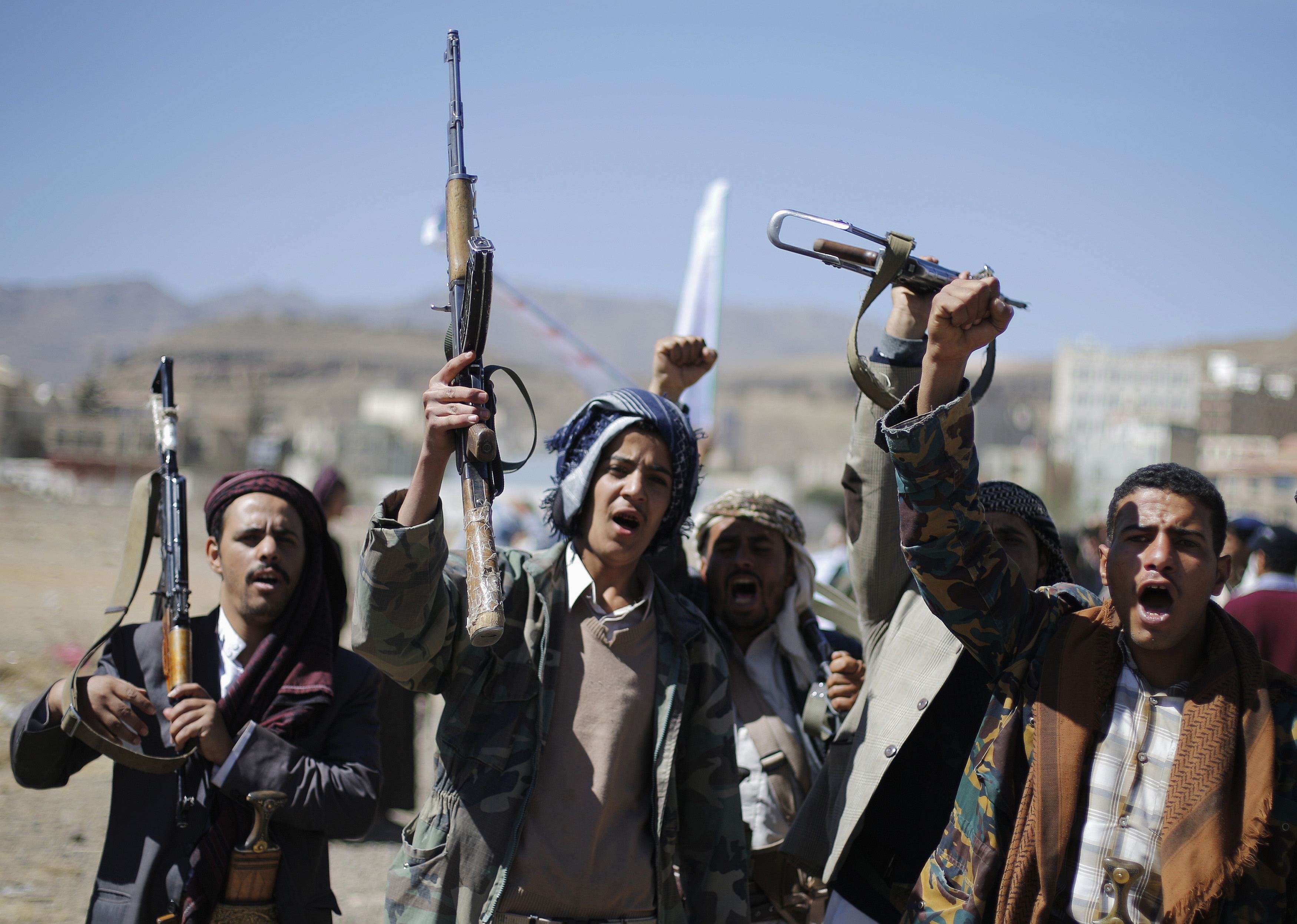 Those talks Monday will include Abdel-Malek al-Houthi, whose Houthi rebels stormed into the capital, Sanaa, and elsewhere in September before besieging the president and seizing total control of the Arab world's poorest country on Friday, envoy Jamal Benomar said.

"I am happy to announce to you that all political parties have agreed to return to the table of the dialogue," Benomar told journalists at a Sanaa hotel. "The United Nations is committed to take Yemen out of this crisis."

Benomar did not elaborate.

The Houthis are under mounting domestic and international pressure. Late Saturday, the party of former president Ali Abdullah Saleh - the Houthis' main ally - added its voice to the growing opposition to the takeover and called for a return to the dialogue moderated by Benomar.

U.N. Secretary-General Ban Ki-moon welcomed the announcement and called on the parties "to negotiate in good faith and in the spirit of compromise" to complete the transition to democracy, according to a statement from the U.N. spokesman's office.

On Sunday, provincial leaders in Maarib east of Sanaa decided that they would resist any attempt by the Houthis to seize the energy-rich province east of Sanaa. The Houthis have been preparing a campaign to capture the province, but the emergence of a strong tribal alliance there as well as a heavy presence by al-Qaeda's branch in Yemen have dissuaded them from pressing ahead.

Yemen is home to one of al-Qaida's most active branches. Militants target army and security forces on a near-daily basis across much of the country, and U.S. drone attacks targeting the militants have killed civilians, fueling popular resentment.

The Shiite Houthis have clashed with al-Qaida militants, who are Sunni and backed by powerful tribes in northern Yemen.

The Houthi takeover has also stoked secessionist sentiments in the south, raising fears of a repeat of the 1994 civil war, when the formerly independent south attempted to break away from its union with the north, forged four years earlier.

Last month, the rebels raided the presidential palace and besieged the residence of President Abed Rabbo Mansour Hadi, a southerner. Within days, Hadi and his Cabinet resigned. They remain under house arrest.

Hadi was elected president in 2012 after a popular revolt forced Saleh to step down.

Like the Houthis, Saleh is a member of the Zaydi sect, a small branch of Shiite Islam that exists almost solely in Yemen. Zaydis represent about 30 percent of Yemen's population.

The Houthis' opponents view them as a proxy of predominantly Shiite Iran, charges denied by the rebels.