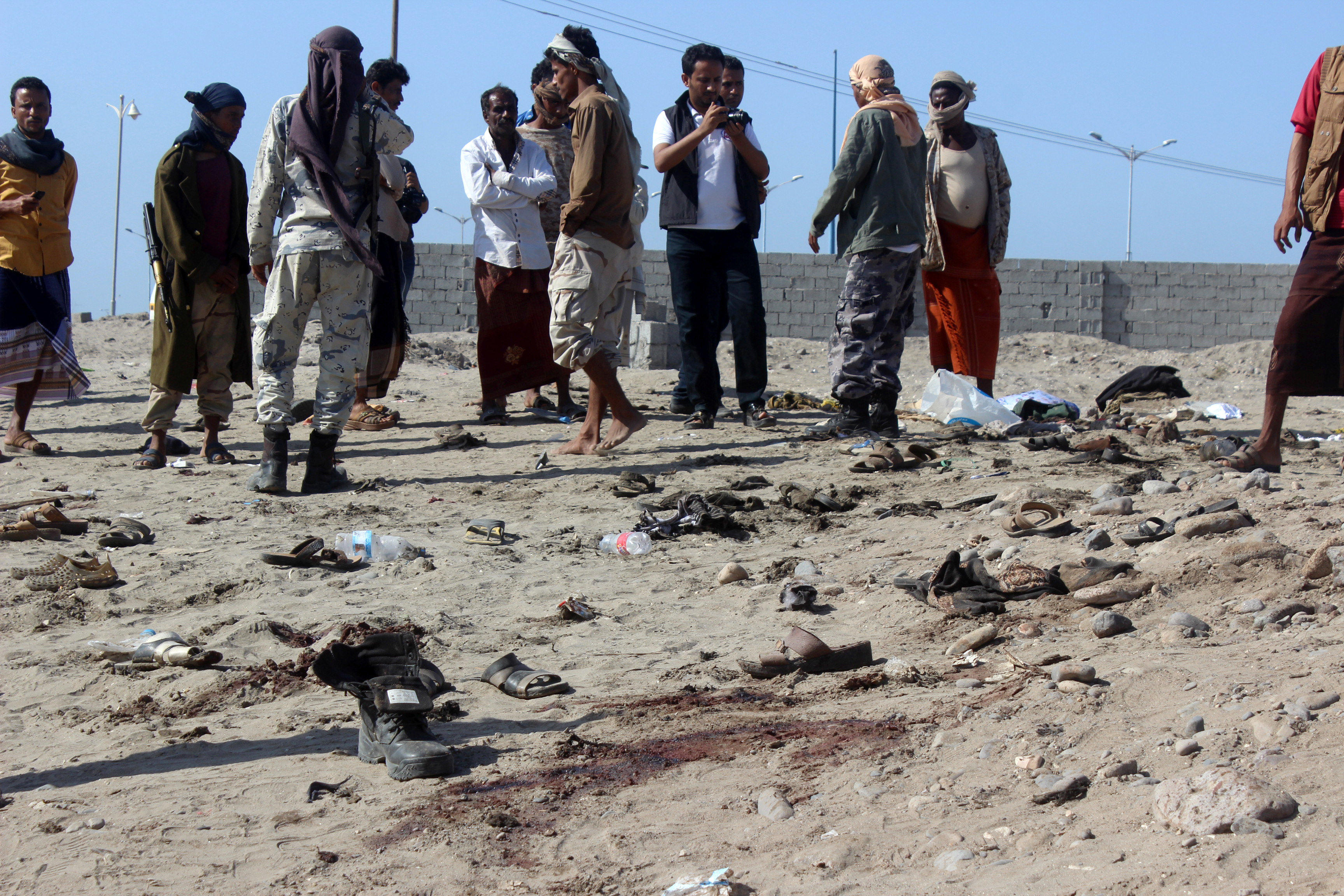 SANAA, Yemen - A suspected suicide bomber blew himself up outside a military camp in the southern Yemeni city of Aden on Sunday morning, killing at least 30 soldiers, Yemeni officials said.

The officials told The Associated Press that preliminary investigations showed the blast was the work of a bomber wearing an explosive vest. At least 50 people were injured in the attack that took place as soldiers lined up to collect their salaries, they said. The officials all spoke on condition of anonymity because they were not authorized to brief the media.

The camp where the explosion took place is the same military base that was struck by another suicide bomber on Dec. 10, killing 57 soldiers.

Aden is controlled by a loose coalition of troops loyal to the internationally recognized government of President Abed Rabbo Mansour Hadi, local militias and jihadi groups. They are battling Shiite rebels, who seized Yemen’s capital, Sanaa, in 2014 and later swept much of northern Yemen.

Their advances forced Hadi to flee the country and seek shelter in neighboring Saudi Arabia. A Saudi-led coalition, mostly consisting of Gulf Arab states, subsequently intervened in Yemen, launching a punishing air campaign against the rebels and their allies.