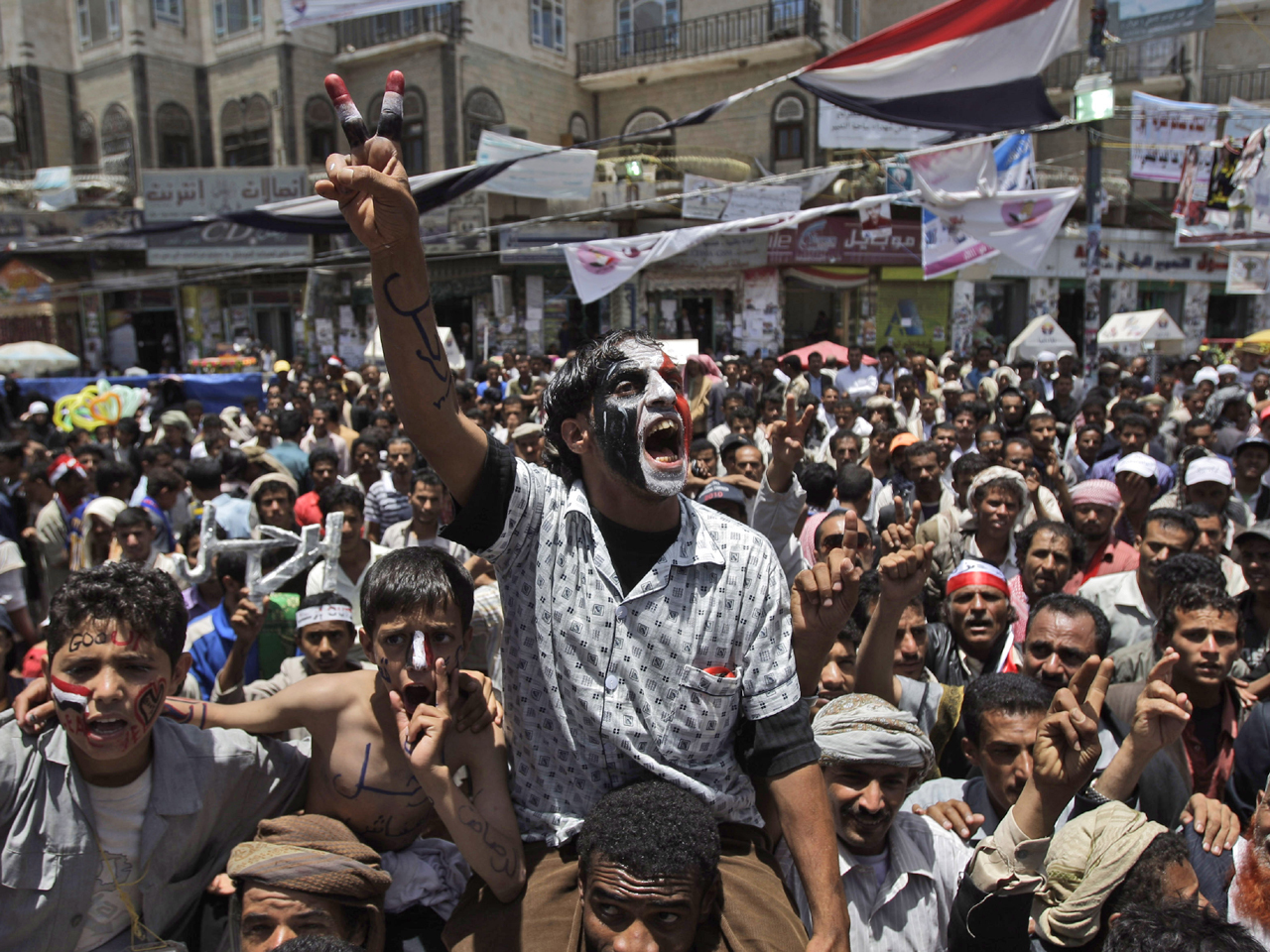 SANAA, Yemen -- Yemeni President Ali Abdullah Salehpromised Thursday to sign a deal that would end his decades-long rule, a spokesman said, while President Obama called on the embattled leader to transfer power.

Yemen's opposition rejected Saleh's promise, accusing the embattled leader of stalling. Saleh has rejected the agreement before -- most recently 24 hours before his latest promise to sign.

Yemen is reeling from three months of street protests demanding Saleh's ouster. The United States, which until recently considered Saleh an key ally in fighting Yemen's active al Qaeda branch, has backed away from the leader, calling on him to stand down.

In his speech Thursday on American policy in the Arab world, Obama referred to Yemen directly. He said, "President Saleh needs to follow through on his commitment to transfer power."

Tens of thousands of Yemenis watched the speech on a giant screen in the public square in the capital of Sanaa that has been the focus of the protest movement.

When Obama mentioned Yemen, people chanted, "The people want to topple the regime" -- the rallying cry made famous in the Tunisian and Egyptian uprisings that inspired the protests in Yemen and elsewhere.

"The traditional regimes must learn the lessons of history and work for change or leave," he said.

The most recent effort to end the Yemen's political crisis appeared to collapse Wednesday. The Gulf Cooperation Council has sought to broker an agreement, backed by Washington, for Saleh to leave power in exchange for immunity from prosecution.

On Thursday, presidential spokesman Ahmed al-Sufi said Saleh had changed his mind, agreeing to sign the agreement Sunday during the celebration of Yemen National Day at the Presidential Palace in Sanaa. Al-Sufi said al-Zayyani would return to Yemen for the event.

Al-Sufi said Saleh made the decision after intense diplomatic pressure from Gulf states and other countries.

"The president is ready at any time to sign," he said.

The GCC, however, said in a statement that its foreign ministers would meet in the Saudi capital Sunday to discuss the crisis in Yemen. It said al-Zayyani would attend that meeting.

"If the president decides to sign on Sunday, nothing will stop him," opposition spokesman Mohammed al-Sabri said. "We are sure that president is playing games with time."

Al-Sabri called on the GCC to take a clear position on Saleh's opposition to the agreement.

"They cannot go along with the president's strategies to gain more time," he said.

The mass protests have posed an unprecedented challenge to Saleh's rule. Several top military commanders and ruling party officials have defected to the opposition, while a crackdown by government forces has reportedly killed more than 150 people.

Yemen, Saudi Arabia's southern neighbor, faced crises even before the protests. It is plagued with widespread corruption, a weak central government, a Shiite rebellion in the north, a secessionist movement in the south and an active branch of al Qaeda in its weakly governed provinces.