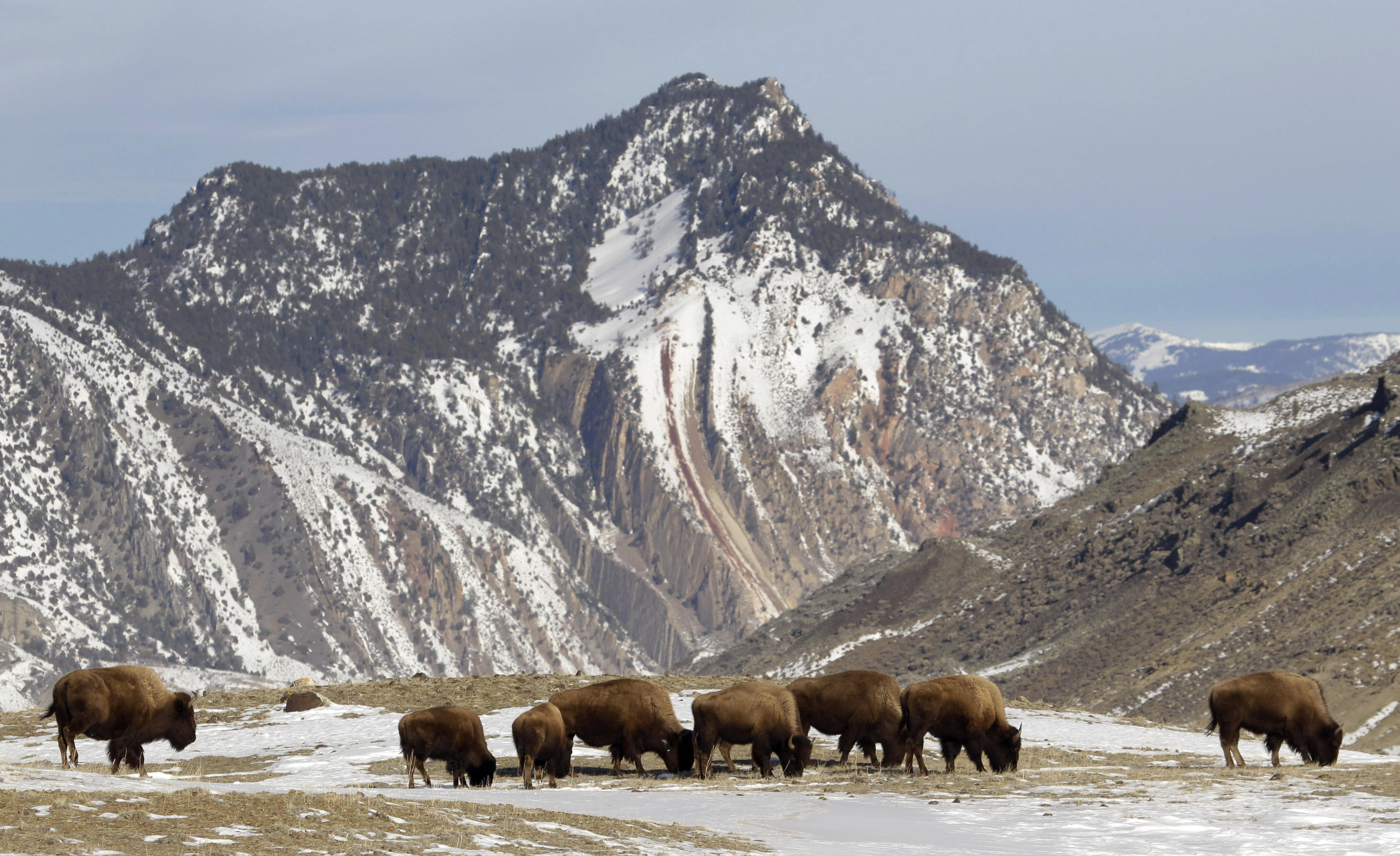 This story is part of a “CBS This Morning” series called “America the Beautiful,” which celebrates 100 years of the National Park Service. It aired originally on June 3, 2016.

Few places make you feel in this world like Yellowstone National Park. Its timelessness spreads to the horizon and it’s where the bear and the antelope play. But the bison dominates.

“Look at the valley full of bison. It’s primitive America,” said Dan Wenk, the park’s superintendent. “It’s probably as close as you can get to what this part of the country looked like in the early 1700s and the 1800s. And it’s really - it’s a treasure.”

Bison roam its 2.2 million acres, an area nearly as big as Rhode Island and Delaware combined. But little about scale impresses America’s largest land animal -- a mature bison stands bull six feet tall and can weigh more than a ton.

“There’s not many fullbacks who would like to approach that line,” Wenk said.

The animals are imposing, and yet, they almost disappeared.

“Well, in Yellowstone National Park, there were less than 25 animals,” Wenk said. “It is one of the greatest wildlife conservation stories in the history of the United States.”

In the 1800s as many 60 million bison were hunted nearly into extinctions. They were targets and the ugly side of how the West was won.

The American bison - the symbol of the Great Plains - once roamed from Nevada to Mississippi. But in the 1800s, bison were in the way when pioneers pushed west. Tens of millions were slaughtered by cattle ranchers, homesteaders and U.S. troops. Sport hunters shot bison from moving trains.

As the animals disappeared, so did the Native American tribes who for centuries had relied on bison for food, clothing, shelter and tools.

“We don’t call them bison - we call them buffalo,” said Montana Rancher Irvin Carlson said. “We think of bison as the white man term.”

“Buffalo were everything to tribes. We survived on them. They took care of us,” Carlson said. “If you got rid of the buffalo, then consequently, you’d get rid of the Indian.”

By 1883, nearly all bison were gone. Congress even sent soldiers to Yellowstone to protect the final survivors from poachers. Conservationists - including President Teddy Roosevelt - intervened to protect and restore the population.

“It was really the first effort to restore what could have been an endangered species,” said Rich Wallen, the park’s chief bison biologist. “You can’t see this kind of abundance anywhere else.”

Most of America’s roughly half million bison today are managed as domestic livestock. Many have crossbred with cattle, but not Yellowstone’s herd.

“Yellowstone bison probably represent one of the only populations that truly have all of the ecological and evolutionary drivers that shaped the species. This is as good as it gets,” Wallen said.

This is also the herd’s calving season, which brings us to Yellowstone’s current bison challenge and controversy - managing the herd’s growth. When the bison migrate outside the park, neighboring ranchers have killed them. They say they’re worried the animals will spread the Brucellosis disease, which can harm pregnant cattle.

Inside, the park has grazing limits. Under a federal-state agreement, every year, the herd has to be reduced by about 10 percent. Several hundred get sent for processing to tribes, which distribute the hides and meat.

But the current approach seems to satisfy no one, including Irvin Carlson, who also belongs to the Bison Management Coalition. He said these animals should roam free inside and outside the park, or be returned to what he calls “Indian country.”

They are also part of Yellowstone’s future.

“I think there is a middle ground. We can get more bison on the landscape, we can diminish to eliminate the fear of the spread of disease, and we can honor the cultural significance of bison for the Native American community,” Wenk said.