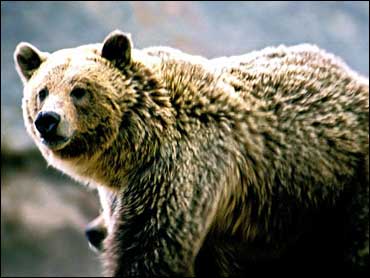 Grizzly bears in areas surrounding Yellowstone National Park would be removed from the endangered species list under a proposal to be announced next week, officials said Thursday.

The Interior Department and the U.S. Fish and Wildlife Service declined to comment on the proposal, but a congressional official and a state government official who were each informed of the announcement confirmed the government's plan. Both spoke on condition of anonymity because the proposal has not yet been made public.

Mike Volesky, a policy adviser to Montana Gov. Brian Schweitzer, said an announcement on grizzly bears was planned, but he did not have details.

Federal wildlife officials estimate that more than 600 grizzly bears live in the region surrounding Yellowstone in Idaho, Montana and Wyoming.

Those numbers represent a significant recovery. Only 200 or 250 grizzlies were in that region in 1975, when grizzly bears in the lower 48 states were listed under the Endangered Species Act.

If the grizzlies are removed from the list, the three states would assume management responsibilities from federal wildlife officials and have greater flexibility in dealing with bears. Stripping the bears of protection could eventually clear the way for hunting of grizzlies in that region.

If adopted, the proposal would apply only to bears outside Yellowstone and Grand Teton national parks. Bears within the parks would remain federally protected.

Once the proposal is announced, there would be a period of public comment, and it could be months before a final decision is made. A possible court battle could also delay efforts to remove federal protections.

The bear population dwindled in the West early in the last century in large part because of hunting and destruction of the animals' habitat. Some environmentalists say the bears still do not have adequate protections to ensure their long-term success.

"The agencies are in a state of denial about what's happening on the landscape," said Louisa Willcox, of the Natural Resources Defense Council.

Grizzly habitat is being threatened by development, and the bears' food sources also are at risk, she said.