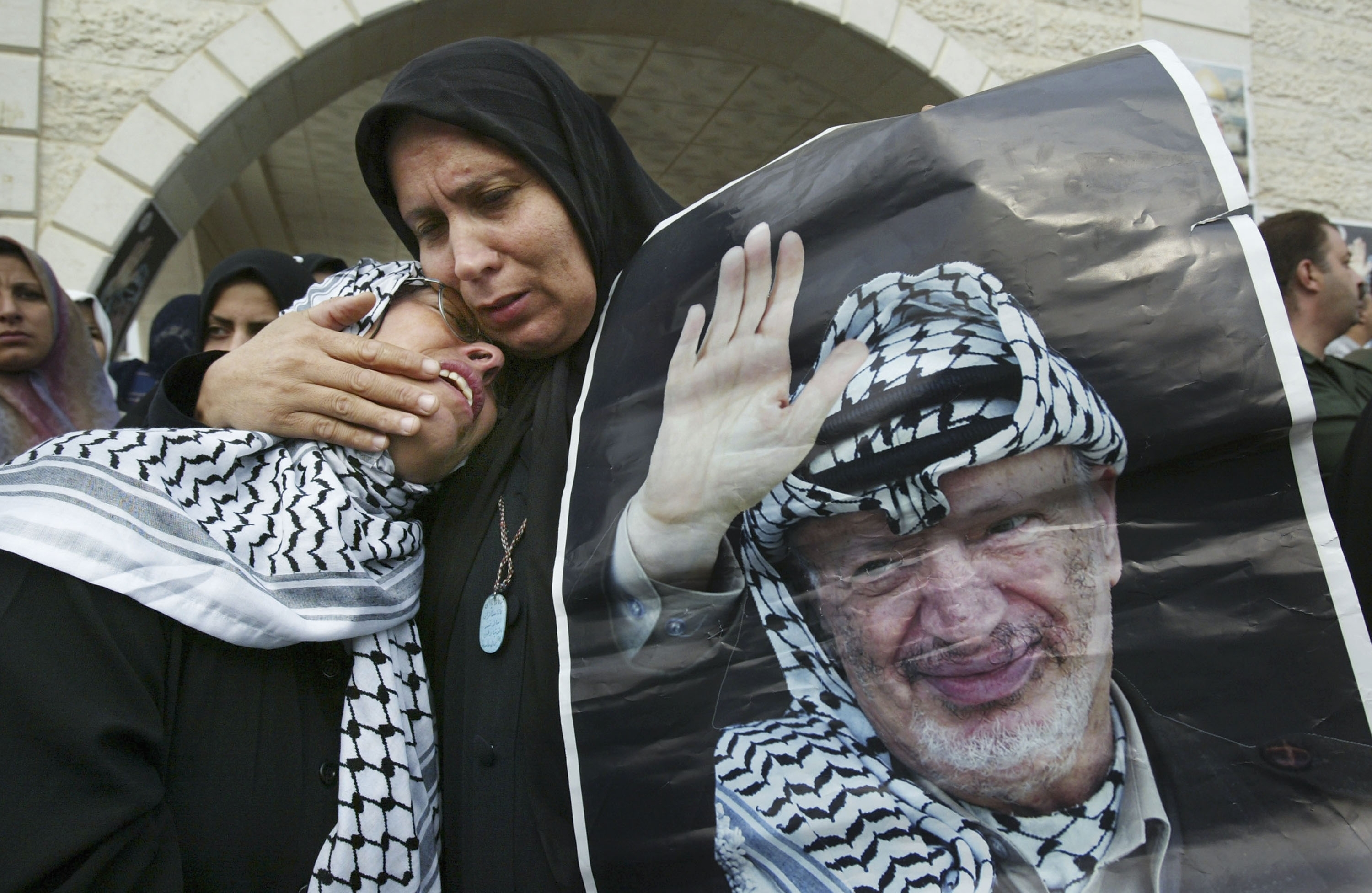 Yasser Arafat, the longtime leader of the Palestinian nationalism movement, died almost a decade ago, in late 2004. There is still no independent country for Palestinians, but Arafat's symbolism continues to grip the Mideast, something made evident by the recent controversy around his death.

In July 2012, the Qatar-based news network Al Jazeera had several of Arafat's key belongings from the time of his death sent to a lab in France for tests at the request of his widow, and "results revealed they contained abnormal levels of polonium; a rare, highly radioactive element."

His body was exhumed by his family from the West Bank mausoleum it had rested in shortly after the Al Jazeera report was published, and more of his personal items were collected for testing by three separate international teams of scientists and experts from Switzerland, France and Russia. Last week, one of those groups of scientists wrote in the British medical journal The Lancet claimed that their findings "supported the possibility" of some of the initial claims.

The implication is of course that his family and supporters believe he was poisoned by a rare substance which a very small number of countries -- one of which just happens to be his life-long enemy, Israel -- possess.

A closer look at the Lancet article (though it's behind a paywall) leaves any definitive conclusion elusive.

According to the Guardian, the report in The Lancet does support "the possibility of Arafat's poisoning with polonium-210" after traces were found in his personal items. However, the scientists added: "Although the absence of myelosuppression [bone marrow deficiency] and hair loss does not favour acute radiation syndrome, symptoms of nausea, vomiting, fatigue, diarrhoea, and anorexia, followed by hepatic and renal failures, might suggest radioactive poisoning."

The scientists said they had examined in total 75 samples taken from Arafat's personal belongings, about half of which were provided by Arafat's widow, likely from his mausoleum remains. The other half were taken from "samples of cotton clothing that had been kept in an attic for 10 years and protected from dust," according to Agence France Presse.

In addition, Reuters reports the head of a Russian forensics agency said on Tuesday that samples they tested revealed no traces of radioactive polonium, citing a Russian news agency. However, "the government scientific body later denied that it had made any official statement about the research, saying only that it had handed its results to the Russian Foreign Ministry."

The Lancet article, titled "Improving forensic investigation for polonium poisoning," appears to be more directly related to its headline. Polonium-210 has "a half-life of 138.4 days, which means that what they found was breakdown products of that decay rather than the element itself," according to Wired.

The scientific article goes on to recommend an immediate autopsy in the case of suspected polonium poisoning, something Arafat's widow declined to do in 2004. The final analysis by three teams of scientists on Arafat's belongings was expected earlier this year. The delay in the final analysis is as yet unexplained.