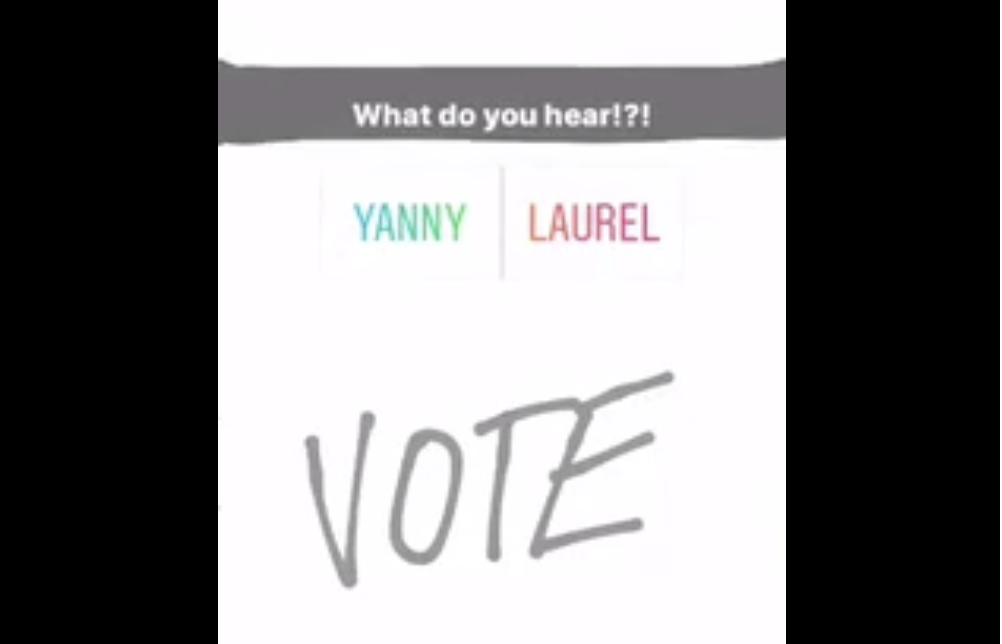 It's being described as an optical illusion for your ears. Two words that look so different on paper can sound so alike to some, and are now causing us to rethink what we hear, reports CBS News contributor and Wired editor-in-chief Nicholas Thompson. Everyone is taking sides – some on team Yanny, others on team Laurel.

Even the legendary performer who shares one of the names weighed in. In a video posted on Twitter, Greek music star Yanni laughs as he declares, "Yanny!"

But slightly more of the public seems to be siding with "Laurel." Twitter data shows 47 percent of people on that site hear "Yanny," and 53 percent hear "Laurel."

It's perhaps the biggest internet controversy since the great white-and-gold or blue-and-black dress debate of 2015. So, which one is it? If you said Laurel you're technically correct.

Last Friday, Georgia high school student, Katie Hetzel was studying the word "laurel" for her literature class and decided to look it up on Vocabulary.com.

"I thought I was losing it," Hetzl said. "I clicked the audio button to tell me a word to spell and I hear 'Yanny' and I was like, this isn't one of my vocabulary words."

The high school freshman posted her findings to Instagram. Soon enough, the internet worked its magic and the debate turned explosive.

But why do different people hear different things from the same recording?

Vocabulary.com, where the debate originated, has now gotten in on the action, creating a definition for all the people on team Yanny: A yanny is a word or phrase that is capable of distracting the entire internet for at least 24 hours. When you "drop a yanny," you start a contentious debate on some type of public forum.

We want to know what your hear. Let us know by taking our poll below or by clicking here:

Inside the big business of being a social media influencer