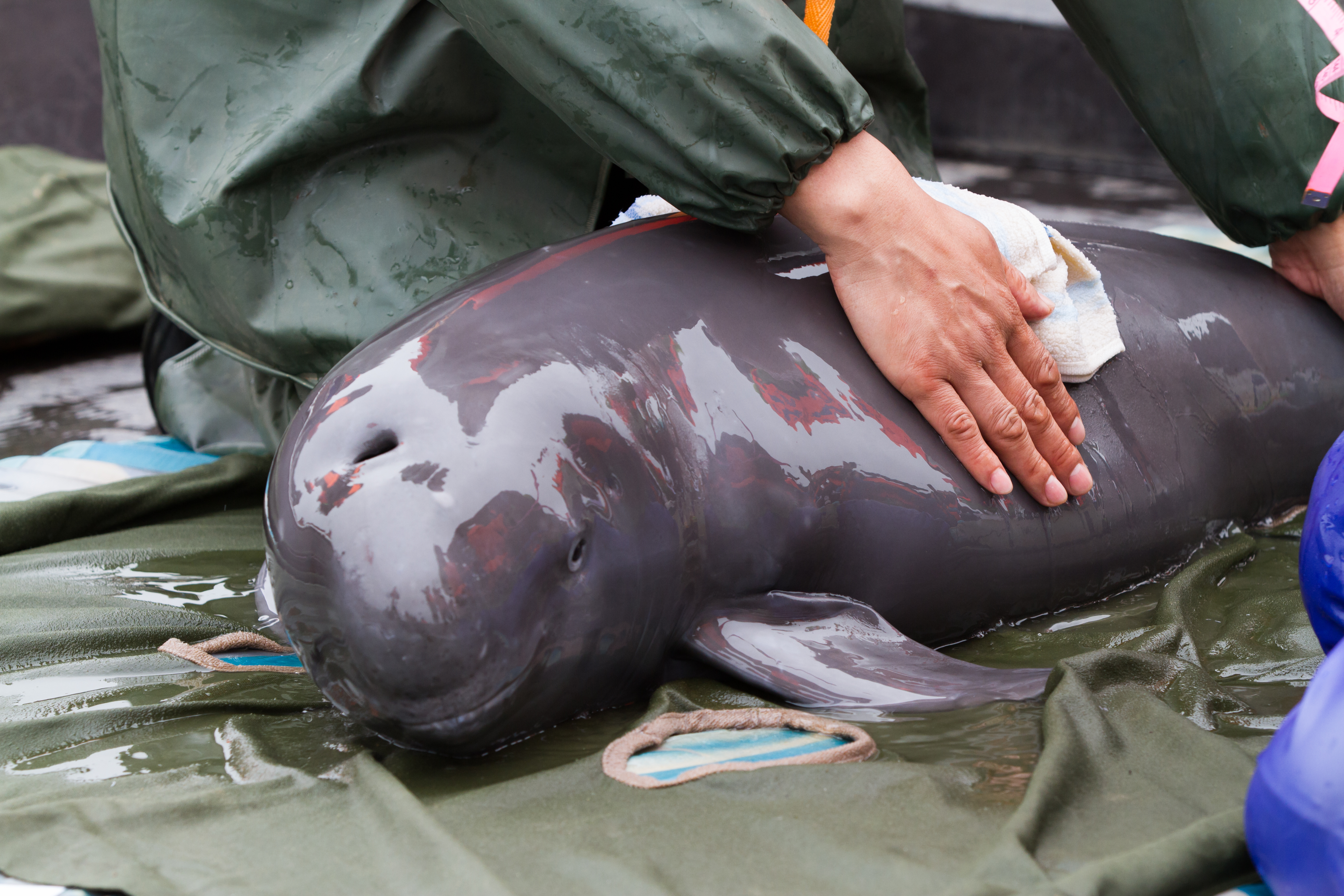 In a bid to save the critically endangered Yangtze finless porpoise, the Chinese government is capturing a small group of the animals and relocating them to a secure conservation area.

The species is the world's only freshwater porpoise, and it's found nowhere but China. About 1,000 remain in the Yangtze River. Their numbers continue to drop each year due to a range of threats including shipping, sand mining, pollution and fishing. Dead porpoises are regularly found along the Yangtze as well as in Dongting and Poyang lakes.

Conservation groups are hoping the move can help the porpoise avoid the fate of the Baiji dolphin, which went extinct in the Yangtze in 2006. The move also reflects an acceptance that it is not currently possible to clean up the Yangtze, one several rivers in China that have become polluted due to unchecked development and lax enforcement of environmental laws.

"Without urgent efforts such as this translocation, the Yangtze finless porpoise could be extinct in the next five to 10 years and the world would lose another of its unique and irreplaceable freshwater cetaceans," Lo Sze Ping, the CEO of WWF China, said in a statement. "WWF has been working with the government and partners for years to protect and enlarge finless porpoise habitats along the Yangtze, and we welcome the creation of this new population."

Under a plan developed by the Ministry of Agriculture, four porpoises were moved from Poyang Lake to holding pens on March 21 and were released Friday in the conservation area known as the He-wang-miao /Ji-cheng-yuan oxbow. Four others will be sent to the Tian-e-zhou oxbow later this year to improve the genetic diversity of its existing population.

Another four will make the same trip towards the end of 2017, with the long-term goal of increasing the population in the He-wang-miao/Ji-cheng-yuan oxbow to 100 porpoises. The He-wang-miao /Ji-cheng-yuan was set up in 1968 to serve as a safe haven for the porpoises as well as Baiji dolphins, Chinese sturgeons and Chinese paddlefish. The first relocations of porpoises to this conservation area began in the 1990s.

The water quality of the He-wang-miao /Ji-cheng-yuan is carefully monitored and fishing will be prohibited in the 16-square-kilometer where the porpoises will live. Fishing will be allowed in nearby areas, but the WWF is working with local authorities to offer fishermen alternative jobs to reduce the threat.

"The survival of this new population of Yangtze finless porpoises depends on the support and involvement of the local communities," said Lei Gang, the senior director of WWF's Yangtze program. "By helping fishermen to develop new ways of providing for their families, WWF and the local authorities are ensuring that the translocation will benefit both porpoises and people."