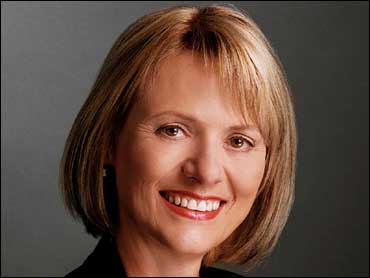 Yahoo handily cleared Wall Street's pessimistic earnings expectations for a grim fourth quarter and matched anticipated revenue, but charges swung the Internet pioneer to a net loss for the quarter.

The company reported a net loss of $303 million for the quarter ended December 31, compared with net income of $206 million from the year-earlier quarter. The loss was a goodwill impairment charge of $488 million and restructuring charges of $108 million. Revenue, excluding commissions to partners dubbed traffic acquisition costs, dropped 2 percent, to $1.38 billion.

However, excluding various items, the company reported net income of 17 cents per share, compared with the 13 cents that analysts surveyed by Thomson Reuters expected. Yahoo essentially matched the revenue expectation of $1.37 billion.

New Chief Executive Carol Bartz looked on the bright side.

"Despite the challenging economic environment, Yahoo delivered adjusted operating cash flow above the midpoint of guidance for the fourth quarter," Bartz said. "The company also made important investments while aggressively managing costs, leaving us better positioned to weather the economic downturn and emerge stronger, when advertiser spending improves. We have work to do, but I am excited by Yahoo's opportunities, and encouraged by the tremendous innovation and momentum I've seen since joining the company as CEO."

On the conference call, Bartz said she's already settling in: "(It's been) eight days since I joined Yahoo, and I'm already feeling at home," she said.

"As an outsider reading the press last year, it was easy to assume (that) Yahoo was fully distracted by turmoil" and that very little was happening, Bartz said. But seeing things from the inside, Bartz said she saw plenty of products.

"Fundamental issues" Bartz has identified to work on include "sharpening focus, improving the pace of decision making, and streamlining the business." The CEO said she'll "move swiftly" to capitalize on Yahoo's assets and take advantage of its opportunities.

Chief Financial Officer Blake Jorgensen said Yahoo's investments in search are paying off, with the company holding its own in market share compared with Google.

Search revenue was up 11 percent globally and 18 percent in the United States, Jorgensen said. In the United States, search queries increased 10 percent compared with the year-earlier quarter. Overall, revenue per search grew in the mid-single digits, he said.

In the first quarter, Yahoo expects lower revenue and earnings. Total revenue should be between $1.53 billion and $1.73 billion, not factoring out traffic acquisition costs of about 27 percent, Jorgensen said.

When it comes to breaking Yahoo up or selling it altogether, Bartz sounded more like former CEO Jerry Yang than suitor and Microsoft CEO Steve Ballmer.

"Did I come to sell the company? No. I'm here because I see a tremendous collection of assets" that can be made stronger for users, advertisers, employees, and shareholders, she said.

And will Yahoo immediately sell its search business? She didn't "arrive [with] a preconceived notion," and wouldn't rule it out but there's value to keeping it in the company, she said.

The quality of Yahoo's search is increasing, the company is holding share against Google, and has three times the search volume of Microsoft, she added. "That kind of focus increases the value of the product. It's good for our brand and our shareholders, no matter what our long-term plan," she said.

Overall, Bartz mounted an aggressive defense of a company under siege.

"This is a fantastic Internet property and it doesn't deserve everybody trying to pick it and pull it apart," Bartz said. Looking at statistics such as how many users Yahoo has, how long they stay on the site, and how they value its properties, she said, "This is not a company that needs to be pulled apart and left for the chickens."
By Stephen Shankland