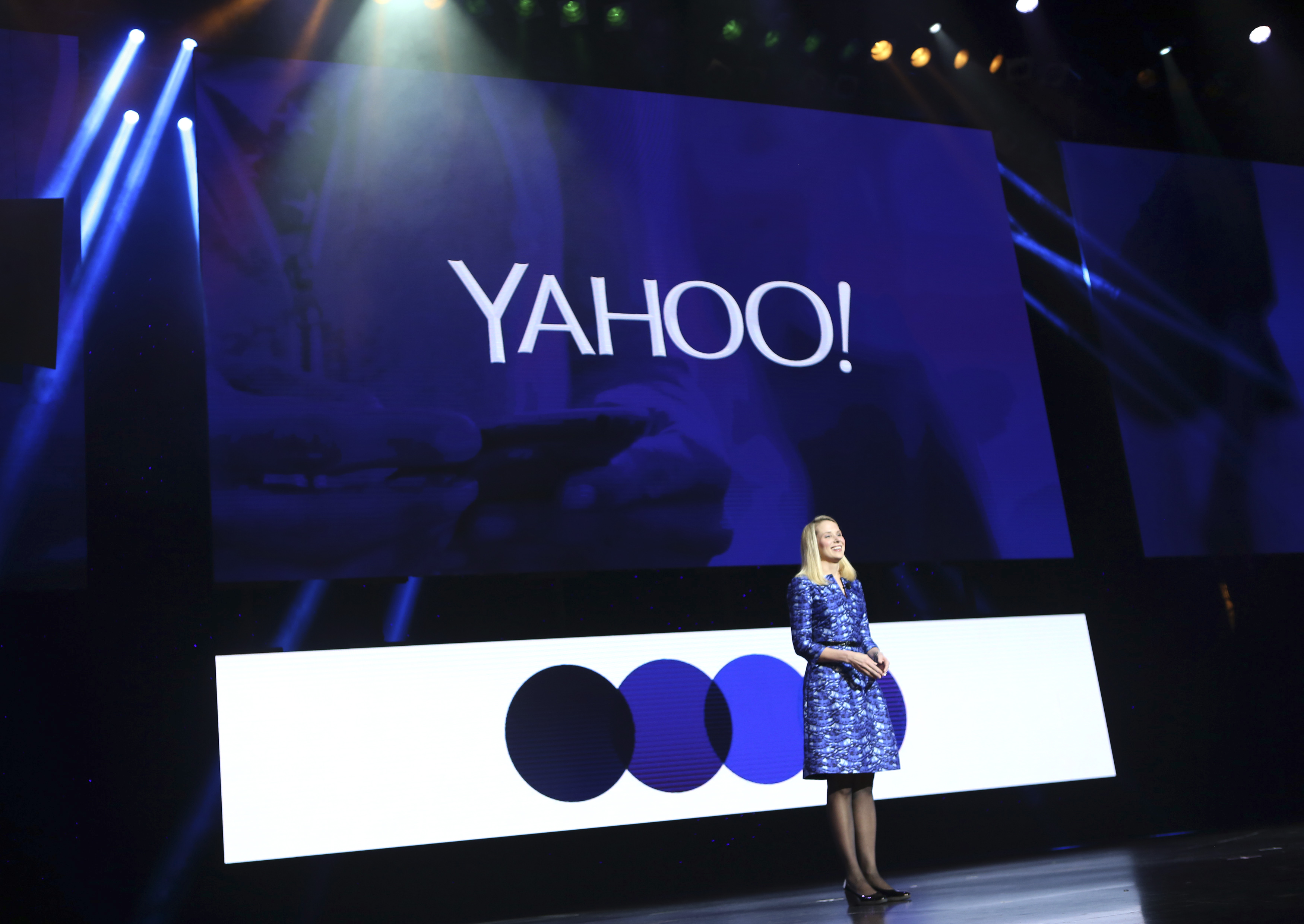 Yahoo Inc Chief Executive Marissa Mayer unveiled a handful of new products, including a competitor to Google Inc's predictive search technology for smartphones, in a debut appearance at International CES that drew a big crowd.

The former Google executive who took the reins at Yahoo in the summer of 2012, has moved aggressively to revamp the struggling Internet company's business with product makeovers, acquisitions and a renewed focus on its media offerings.

Speaking in a keynote at the annual technology industry gathering in Las Vegas on Tuesday, Mayer announced Yahoo's acquisition of Aviate, a company which makes a smartphone app that automatically brings up relevant information or other apps to suit a user's activity.

The technology, which Mayer said will be rolled out under the Yahoo banner this year, appears similar to Google Now, which the search giant introduced in 2012.

While Yahoo's revenue growth has yet to pick up under Mayer's leadership, the 38-year-old CEO has brought pizzazz back to an Internet brand considered by many to be past its prime.

More than an hour before she appeared onstage, a long queue for Mayer snaked through several continuous hallways into a nearby showfloor at the Las Vegas Hilton, where Mayer and other keynote speakers were slated to speak.

During her talk, Mayer was joined onstage by celebrity news anchor Katie Couric, a recent Yahoo hire who will provide original video programs on the website.

Yahoo also unveiled new "digital magazines" focused on technology and on food on Tuesday, as well as a mobile app that provides short, summarized versions of the day's news. Yahoo also said it was rolling out improvements to its advertising business, to make it easier for marketers to buy ads and to target different portions of Yahoo's audience.