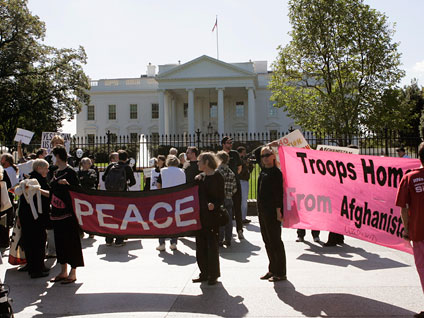 Yahoo Inc. and TiVo Inc. are teaming up to blend some of their services, a move that further fades the lines between offices and living rooms, TVs and PCs.

Under a partnership announced Monday, the two will collaborate to offer Yahoo's Internet-based content and services through TiVo's digital video recording devices.

Users of Yahoo's TV page will be able to click on a record-to-TiVo button directly from a television program listing to remotely schedule recordings.

"It sure beats trying to program a VCR," says CBSNews.com Technology Consultant Larry Magid. "I can envision myself using it, perhaps when I'm on the road. I might see a show on the Yahoo TV listings that I want to watch, click on it, and when I get home, it'll be recorded on my TiVo."

And in the coming months, possibly before the end of the year, Yahoo's traffic and weather content, as well as its users' photos will be viewable on televisions via TiVo's broadband service and easy-to-use screen menu.

CBSNews.com Technology Consultant Larry Magid looks at the Yahoo-TiVo deal.
Terms of the deal were not disclosed, but Edward Lichty, TiVo's vice president of corporate strategy, said TiVo hopes the collaboration will set the foundation for a long-term relationship.

TiVo subscribers already have the ability to remotely schedule recordings from the TiVo Web site, but this will give the DVR pioneer a way to potentially tap Yahoo's large user base and gain some much-needed new customers.

"This is an important deal for TiVo, because the company has to distinguish itself from its rivals," says Magid. "TiVo helped invent digital television recording, but now it has to compete with offerings from cable and satellite companies, and it's not doing as well as some had hoped."

The Alviso, Calif.-based company has about 3.6 million subscribers but it accrued fewer new customers in its last fiscal second quarter than it did the previous year, according to the company's financial report released in August. And though the company posted its first profit in its eight-year history during that quarter, some analysts question whether the company can continue to grow as satellite and cable companies develop their own DVR technology that offer lower subscription fees.

Meanwhile, Sunnyvale, Calif.-based Yahoo, the leading destination on the Web, is seeing tremendous growth as more people turn to the Internet for news, entertainment, communication, and other services.

But the Internet giant is also under constant pressure from rivals Google Inc. and Microsoft Corp. to expand its own offerings.

For both companies, TiVo in particular, the ability to let its subscribers access Yahoo's content from their televisions marks a significant development in the company's year-old campaign to expand beyond basic digital video recording services to becoming more of an entertainment hub, Lichty said.

Bringing Internet access to the TV screen is nothing new. Most previous efforts — notably WebTV — were dismal failures. But Lichty thinks the Yahoo-TiVo offering will be different.

"It's not about having a Web browser on your TV and having a keyboard on your lap. It'll still be focused on the TV experience and navigating with the remote control," Lichty said.