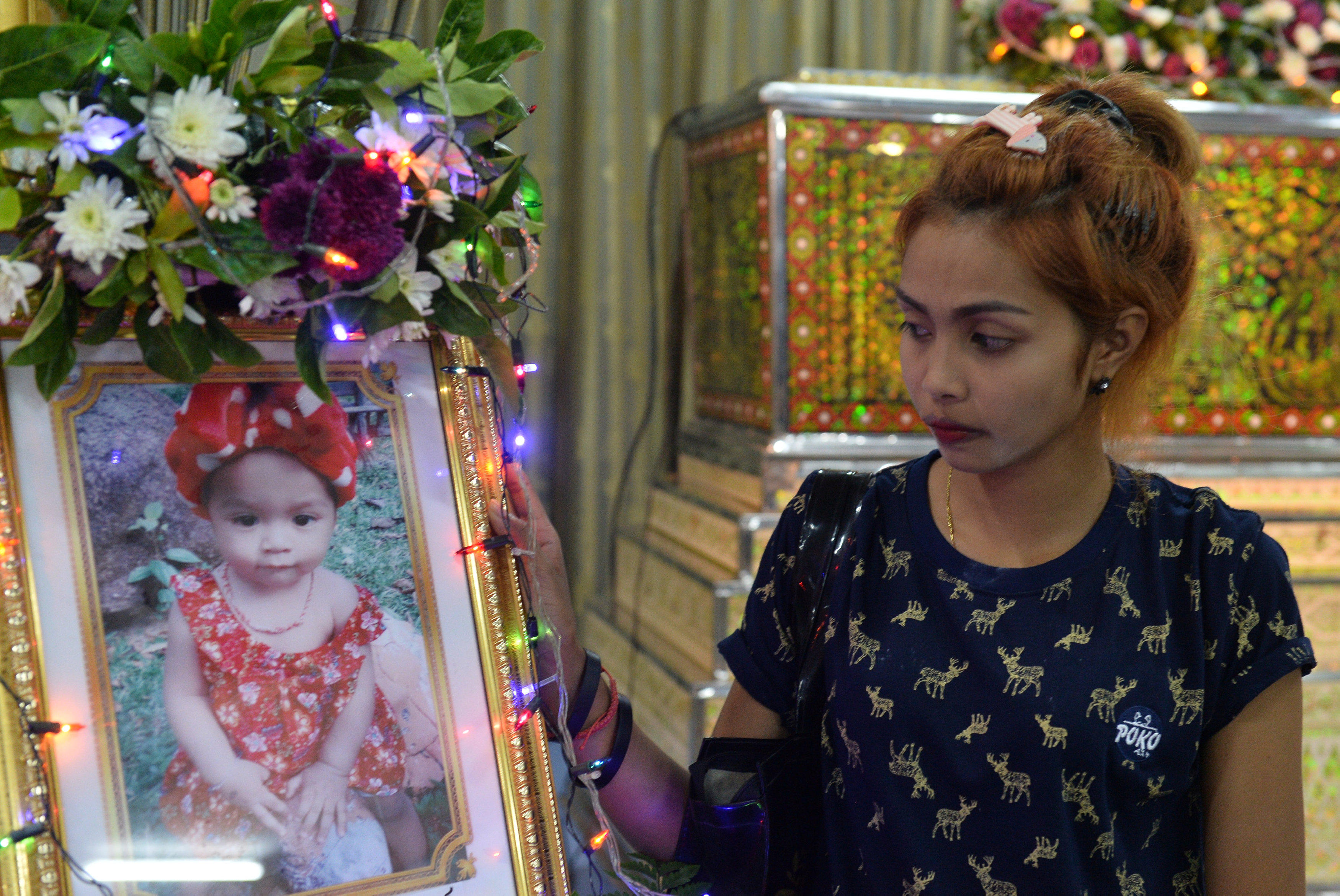 BANGKOK -- A man in Thailand upset with his wife hanged their 11-month-old daughter on Facebook Live and then killed himself, police said Tuesday.

Police Col. Jirasak Siemsak said officers found the bodies of 20-year-old Wuttisan Wongtalay and the baby in an abandoned hotel in Phuket province after receiving reports of the video.

“He felt neglected by his wife because they had been fighting so he took his 11-month-old daughter to the site of the crime which is the abandoned hotel,” Jirasak said. “Then we found the bodies hanging off the hotel.”

The man made the broadcast Monday evening, and the video was made inaccessible by Facebook late Tuesday afternoon.

“The mother of the child was crying and was very sad,” Jirasak said. “I am also very sad. It is a personal dispute and they were still very young.”

The incident came less than two weeks after a man in Cleveland, Ohio, in the United States shot a man to death and uploaded video of the shooting to Facebook. A series of other offensive broadcasts, including sexual assaults, has caused Facebook to seek ways to block such videos as quickly as possible.

Facebook founder Mark Zuckerberg said last week that his company has “a lot of work” to do on the problem.

The chief investigator in the Phuket case, Lt. Jula-at Suwannin, said police have yet to question Jiranuch Trirat, Wuttisan’s 20-year-old widow, because they are giving her time to grieve.

In Thailand, the potential for problems with Facebook Live became an issue last May when local media used the platform to broadcast live video of a university lecturer who was locked in a six-hour standoff with police who were seeking him in the shooting deaths of two colleagues. After negotiations for his surrender failed, he fatally shot himself with a handgun, a moment that was shown live.