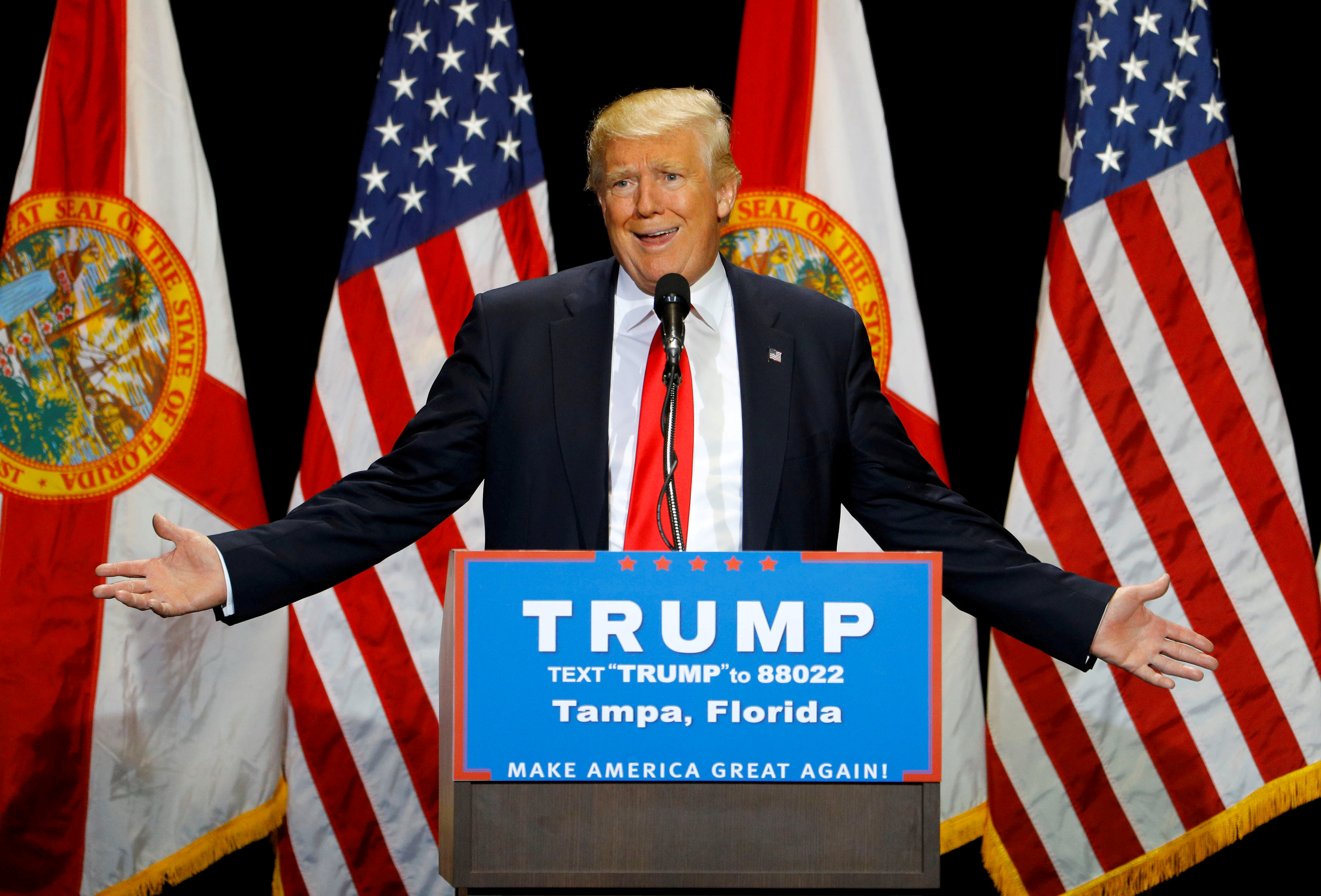 The Washington Post and Wall Street Journal published editorials slamming GOP nominee Donald Trump about his comments Wednesday inviting Russian hackers to sleuth out the thousands of emails missing from her private server.

"Russia, if you're listening, I hope you're able to find the 30,000 emails that are missing. I think you will probably be rewarded mightily by our press," Trump said in Florida. "They probably have them. I'd like to have them released."

He added, "If Russia or China or any other country has those emails, I mean, to be honest with you, I'd love to see them."

On the same day the Wall Street Journal editorial board ripped Trump for his off-the-cuff appeals to the Kremlin.

"An intervention is needed after the Republican's mouth-in-foot press conference Wednesday," said the paper's editorial board, calling the comments were "indefensible" and "even more concerning because they come in the context of the nominee's seeming bromance with Mr. Putin."

The Journal worried, too, about Trump's apparent empathy for Putin's authoritarian ways, condemning the GOP nominee for saying that he likes Putin's "ability to get his way."

Meanwhile, the Washington Post pleaded with voters to "take note of one more reason Mr. Trump must not acquire the powers of the presidency."

"Cyberattacks by foreign governments such as Russia and China against U.S. industry, government and other sensitive targets are unacceptable and must be resisted," the Post editorial board wrote Wednesday.

The Post parsed Trump's appeal this way: "The Republican candidate for president has invited a hostile foreign power to conduct an unlawful cyberattack against his opponent and to make public emails she deemed personal and private. Washington has been wondering whether Mr. Putin is attempting to tip the U.S. election to Mr. Trump. Now Mr. Trump is openly appealing to him to do so."

The two newspapers joined in the criticism of the Republican nominee shortly after some in Trump's own party rejected the idea.

"Russia is a global menace led by a devious thug," House Speaker Paul Ryan's spokesman, Brendan Buck, said in an email. "Putin should stay out of this election."

Trump's running mate, Indiana Gov. Mike Pence, said if Russia were "interfering in our elections, I can assure you both parties and the United States government will ensure there are serious consequences."

"Of course I'm being sarcastic," Trump told Fox News Thursday. "But you have 33,000 e-mails deleted, and the real problem is what was said in those e-mails from the Democratic National Committee."